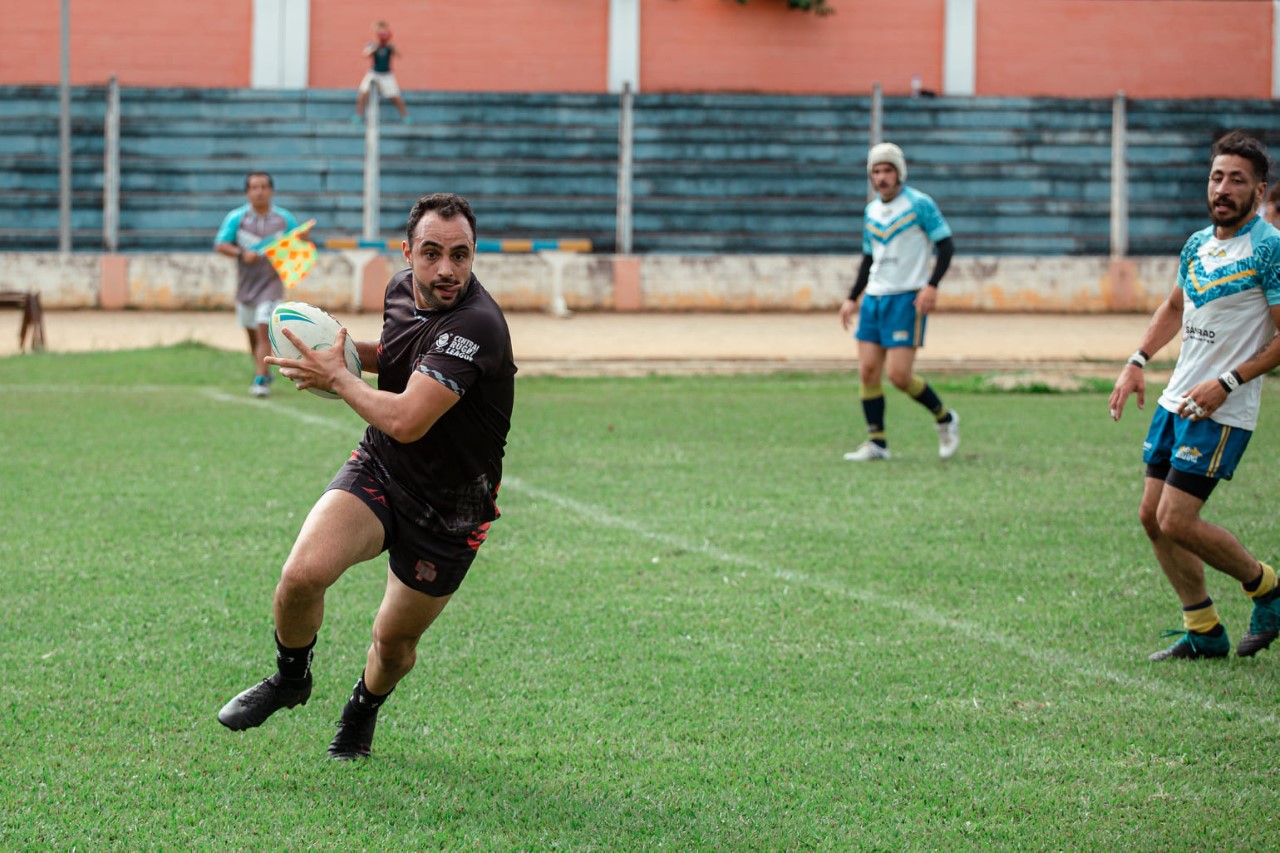 Rugby league player Alcino Amato has demonstrated Brazil’s new-found passion for the sport, dropping everything to fly 2000km in hope of celebrating a South American title alongside clubmates.

Amato was at home in Sāo Paulo on Friday when he watched his countrymen upset Chile 20-18 in the opening game of the South American Championships. By Saturday afternoon he had flown to Colombia.

Man of the match for Sāo Paulo Raiders in the 2021 Brasil Rugby League grand final, Amato desperately wanted to cheer on his 10 Raiders teammates who play for the national selection.

Given the green light by his girlfriend, he booked a flight at short notice, landed in Medellin, Colombia, then took a five-hour drive through the mountains to get to the tournament venue in Jericó.

His story could be about to become even more spectacular, with injury-hit Brazil considering adding him to their squad for a crucial final match on Sunday.

As Brazil had not travelled with a full 20-man squad, as dictated by tournament rules, Amato would be clear to come into calculations as a domestic-based player.

In order to clinch the South American Rugby League Championships, Brazil needs to either draw or win the ultimate match.

The Brasileiros currently have one win, zero losses and a points differential of +2.

With a game in hand, they need to catch Chile, who have one win, one loss and a points differential of +18.

Colombia could still throw a cat amongst the pigeons by skittling Brazil, having won the second half versus Chile 10-6 on the back of barnstorming forward Andrew ‘Zulu’ Zuluaga.

The winner of the South American Championships moves one step further towards the 2025 Rugby League World Cup in France, but must still overcome North American teams Jamaica, the USA and Canada