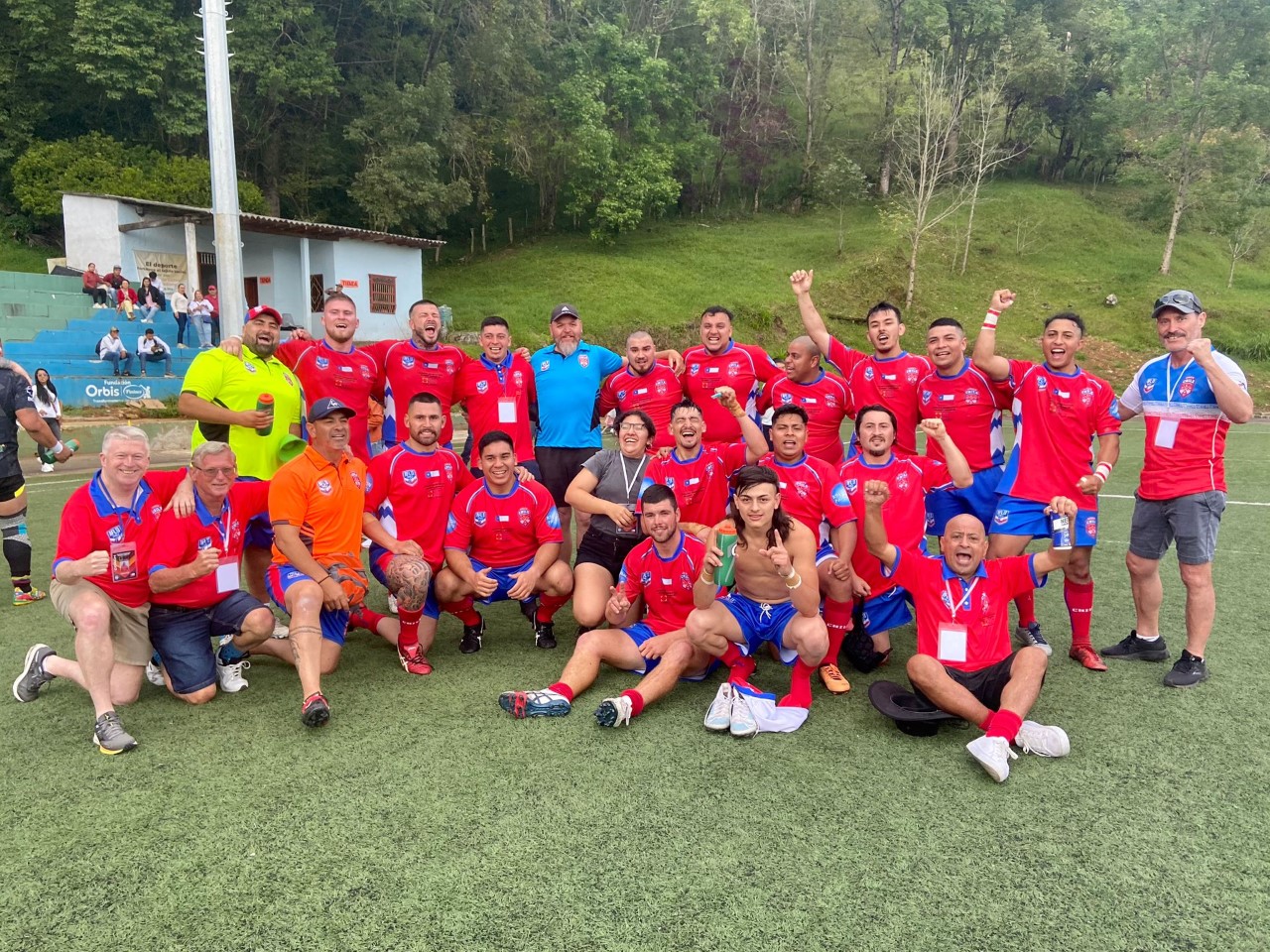 Courage was the order of the day as Chile and Colombia clashed on the second day of the South American Rugby League Championships, with the Chilenos keeping their title hopes alive in a 34-14 win.

Reduced to 13 players for most of the game, Chile withstood a highly physical and relentless onslaught from rank underdogs Colombia.

After losing 20-18 to Brazil in an upset on Day 1, Chile needed a victory to stand any chance of progressing to the Americas Cup in 2023

And although they led from start to finish in the Colombian town of Jerico, they weren’t given an easy passage by the Condores, who gave 100 per cent before a vocal home crowd.

Centre Zecil Yao opened the scoring two minutes in for Chile, and the visitors built on that to surge ahead comfortably 28-0, but that was only the first chapter of an intriguing afternoon.

The man known as ‘Zulu’ carried the Condores forward from them on, bringing the crowd to their feet repeatedly as he punched holes in Chile’s fatiguing defence in the second stanza.

His teammates began to follow suit and homegrown second-rowers Johnny Garcia (two tries) and Fredy Diaz made impressive inroads on the edges.

A spate of injuries suffered over the course of the tournament left Chile on their bare bones, with significant concern for star fullback Thomas Garrido, knocked cold trying to stop Garcia’s first try.

In a memorable moment of sportsmanship, Colombian captain and physiotherapist Sebastian Martinez cleared the area, cradled Garrido’s head and talked him back to consciousness.

Both teams played with 11 players at one point, as Colombians Zuluaga and Jean Villamil spent time in the sin bin, while Christian Lopez was sent off, and Diego Quintil was hobbled in the shades of fulltime to give Chile an overflowing injury ward.

Diminutive fullback Villamil was amongst everything after being injected into the contest, catching towering high kicks and evading defenders in a Matty Bowen-esque performance.

While ex-NRL talent Daniel Vasquez was a strong performer with two tries, his less-experienced teammates and rivals refused to be overawed by the big occasion.

Chile’s win means that Brazil must win or draw against Colombia in the final game of the tournament.

Chile finishes their campaign with one win, one loss and a points differential of +18.

With a game in hand, Brazil sits on one win, zero losses and a points differential of +2.