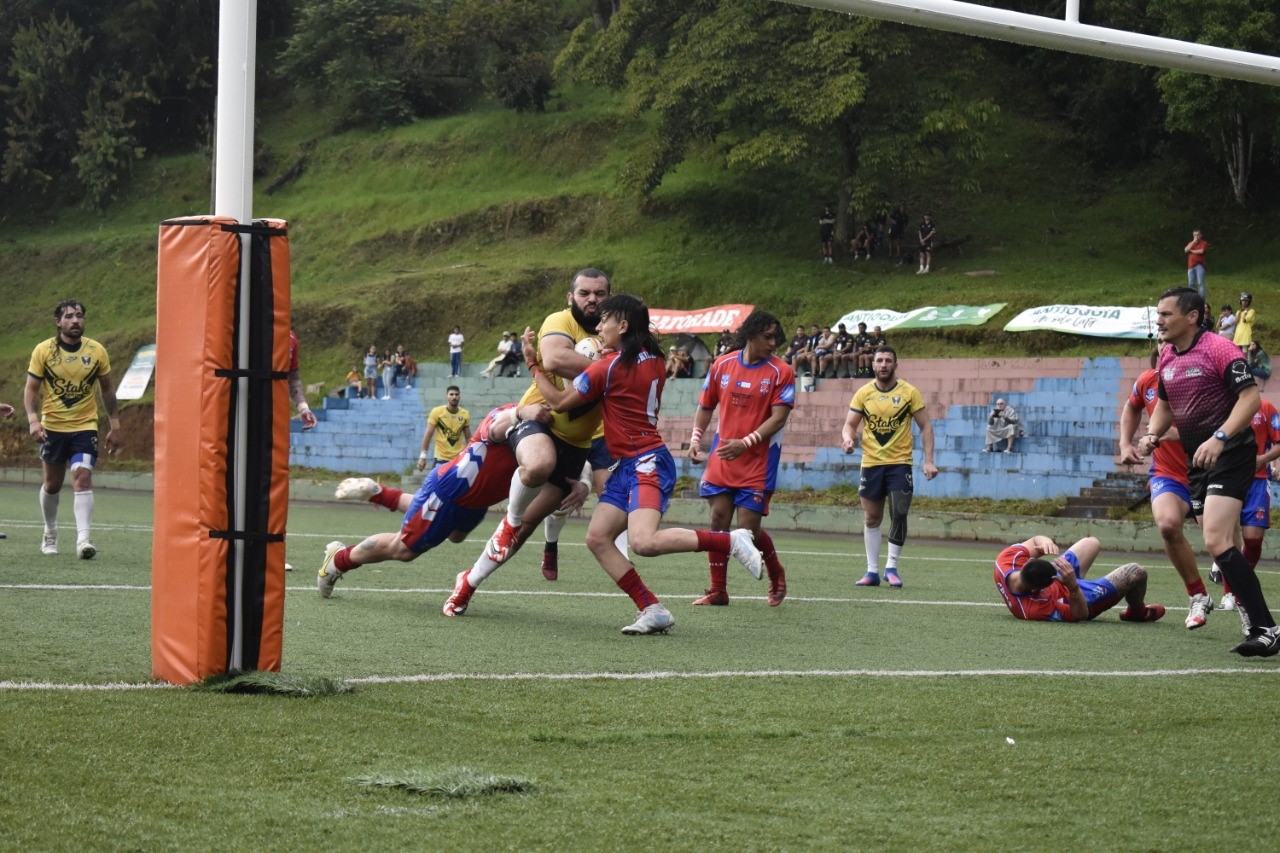 Brasil has overcome the odds to record their first-ever victory against continental rivals Chile, scoring a thrilling 20-18 result in the opening game of the South American Championships.

Chile led 12-10 at one stage in a see-sawing contest and looked to finish full of running, but not even a late barnstorming try to former NRL player Daniel Vasquez through half-a-dozen defenders could bridge the gap.

Brasil entered the match ranked 40th in the world and coming off a 82-0 hammering to South Africa in June. They also used just 3 don-domestic players, while Chile used a maximum of seven Australian-based players.

The result puts Brasil in the driver’s seat to progress to next year’s Americas Cup in Jamaica, where they would compete against the Reggae Warriors, the USA and Canada.

The top two teams from the entire Americas will progress to the 2025 Rugby League World Cup in France.

Fittingly, it was one of the Brazilians’ longest-serving players, Bruno Gil Melo, who starred in Friday’s victory, scoring two beastly tries off the bench to secure the cliffhanger.

High kicks were a nightmare in the high-altitude environment of the Colombian Andes, and the Sāo Paulo spearhead’s game-clincher came from an almighty hoist off the shoe of half Zach Grundy.

Grundy, who moved to South America as a teenager, also threw the final pass for another decisive second-half try to winger Marcos Paixāo that made the score 14-12.

For Chile, half James Horvat was also highly-involved as usual, dictating play and causing nightmares with his own gigantic kicks.

It seemed his years-long partnership with fullback Thomas Garrido would be the key in the last 20minutes as Brasil tired, but Garrido was pulled down numerous times just as he looked set to break through.

A huge positive on a disappointing day for Chile was the performance of domestic prop Ignacio Altamirano, bustling through for two tries when his team most needed them.

Chile must now back-up tomorrow in the tight schedule of the South American Championship and face Colombia, who despite being the lowest-ranked nation at the event, will chance their arm against the wounded Weichafes.

Brasil will play Colombia in the final game of the tournament on Sunday, needing a draw or win by any margin to be crowned continental champions.