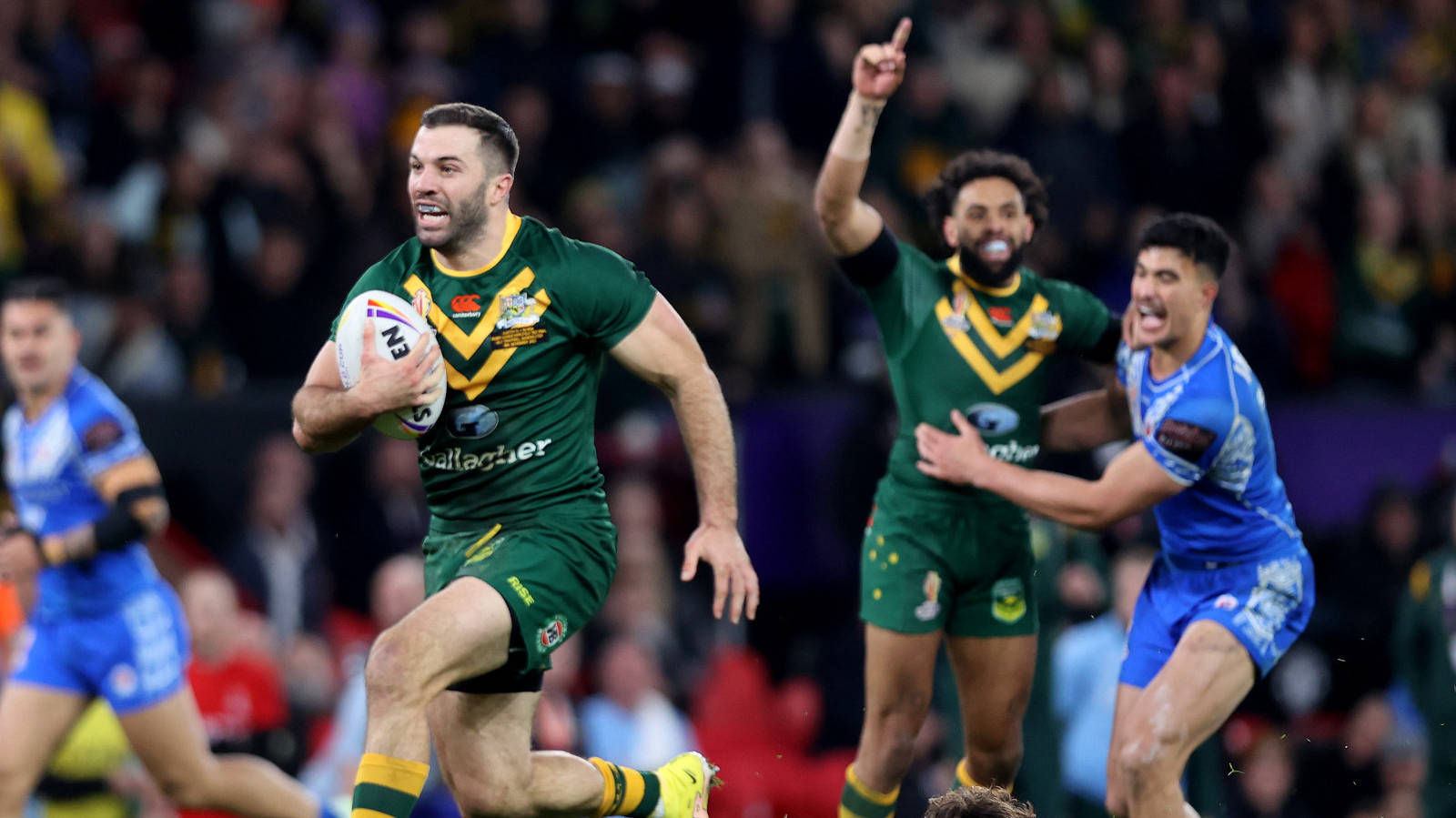 The full-back has shouldered the hopes of a nation over the past six weeks and stepped up when it mattered at Old Trafford, leading his side past stubborn opposition who stayed in the fight until the final hooter.

Latrell Mitchell and Liam Martin crossed along with Tedesco in the first half, with the skipper following up Cameron Murray’s try after the break to make the game safe before Mitchell completed a brace of his own late on.

Brian To’o and Stephen Crichton replied for a spirited Samoa but the Kangaroos’ ruthlessness ensured that, just as in 2000 and 2013, they reigned supreme at the Theatre of Dreams, with 67,502 fans in attendance.

Samoa came into the contest knowing a quick start would be crucial if they were to spring a surprise and piled on early pressure in search of a breakthrough.

Tedesco was forced into a full-stretch dive to keep a ball in play and prevent a successful Samoan 40-20 while Stephen Crichton, whose boot proved decisive in the semi-final, just overcooked a grubber as the Kangaroos held firm before pouncing at the other end.

Mitchell was the man on hand to score the first points of the final, bouncing off Joseph Sua’ali’i’s attempted tackle to dot down in the left-hand corner on 11 minutes.

Cleary, who provided the assist for the score, was unsuccessful with the kick but he soon had another chance off the tee after another incisive attack.

Josh Addo-Carr sliced through the Samoan defence like a knife through butter and had Tedesco in support to shrug off the attentions of Chanel Harris-Tavita and cross under the posts.

Harris-Tavita found himself held up over the line as Samoa sought a response, Addo-Carr having earlier provided a try-saving interception.

The clinical Kangaroos were in no mood to let opportunities slip when they were on the attack, however, and stretched their lead on the half-hour when Liam Martin barrelled over.

Taylan May and Jarome Luai linked up for Samoa’s final glimpse of the line in the first period, the latter’s offload landing out of play after swift hands had given May space to work with down the left.

A glimmer of hope arose for Samoa early in the second half when Angus Crichton was sin-binned for leading with the forearm on Harris-Tavita, whose final match before he retires to take up writing ended prematurely with a painful last chapter.

Samoa set up camp within 10 metres of the Australian line but couldn’t find a way through a green and gold brick wall which was displaying all the solid foundations of a Mal Meninga build.

Australia asserted their authority by stretching their lead while a man light as history repeated itself. Murray, who broke Kiwi hearts in the last four with a 53rd-minute try, repeated the trick at precisely the same stage with a score which looked to have snuffed out lingering hopes of a Samoan fightback.

That was until Brian To’o raced away down the right and dived over in the corner on the hour mark, Stephen Crichton nailing the touchline conversion to the audible delight of the majority of supporters in Old Trafford.

Matt Parish’s side were left with 20 minutes to complete a Manchester miracle but, perhaps fittingly, it was Australia’s captain who ended those ambitions once and for all as he spotted a gap and soon had the freedom of Old Trafford to dot down on the left.

Samoa hit back instantly as Stephen Crichton benefited from an interception to go over on the right but the Kangaroos had the final word as Mitchell completed his brace to put the icing on the cake for a team who have now won nine of the last 10 men’s World Cups. 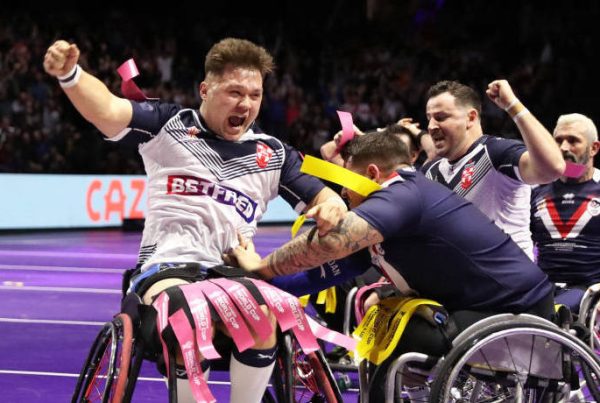