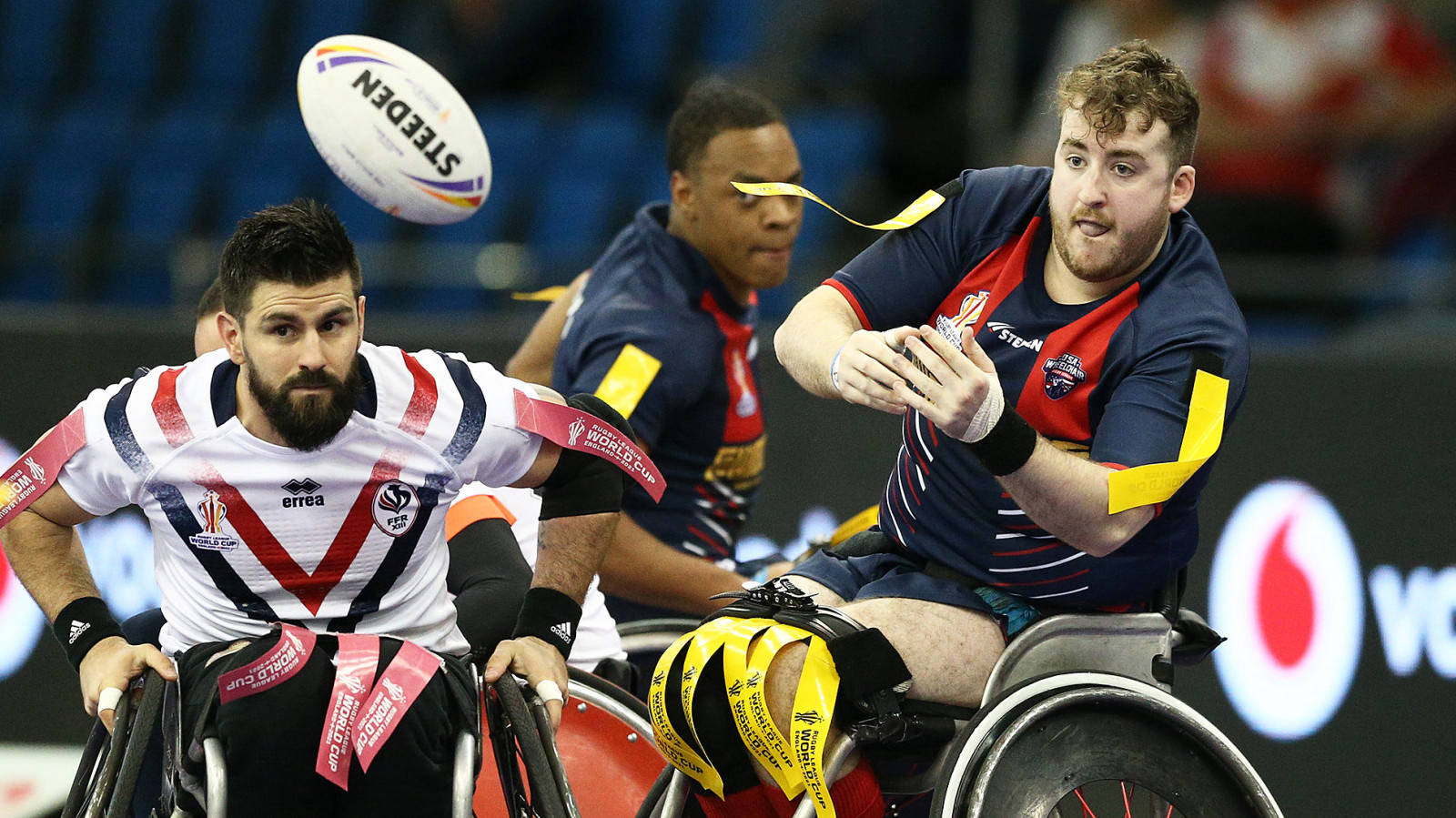 France captain Gilles Clausells believes both teams learned from his side’s 116-6 defeat of the USA.

The holders had already guaranteed themselves a place in the semi-finals and dashed the debutants’ hopes of a spot in the last four with a comprehensive victory as Jeremy Bourson and Mostefa Abassi both scored five.

Mackenzie Johnson claimed a late consolation for the USA as Clausells scored a quick-fire hat-trick in the second half on the way to the Player of the Match award.

“Obviously we would have liked to have kept the USA to nil,” Clausells said. “But it’s a great thing they could score and this shows us that we have to remain vigilant.

“It is great stuff because they could score against the world champions, and I think it will be a good improvement for America.”

Bourson led the two-time champions’ charge in the first half, scoring all five of his tries in the first 37 minutes before Clausells and Abassi took over after the break.

The USA went toe-to-toe with France but struggled to deal with high balls forward, as eight of France’s players crossed for tries.

Thomas Duhalde picked up two to become the final player of France’s 12-man squad to notch a try at this World Cup, but Clausells did not think it a cause for celebration with eyes now set on their semi-final against Australia on Sunday.

He added: “It’s no surprise, we have a group of 12 extremely competitive players and given the opposition it’s normal that all the players have scored during the pool games.

“We are extremely confident about that so it’s just normal that all the players have scored.”

Sheffield erupted as the USA got their sole try of the game as 16-year-old Jensen Blaine set up Johnson for the score.

For head coach Geoff Mason it is a sign of what is to come in the next three years.

He said: “I think it was a massive learning experience for us, to play the world champions like that, and to see the way they operate, how they structure, how they continue to keep the ball alive.

“I think it is really going to help us going back into our domestic competition and trying to organise the next attempt at the World Cup, and I think we’ll come back better and stronger.

“We had good patches and pretty bad patches, I think anxiety took over somewhat, and they took us out of the game immediately.

“But we did have some good defensive stands and to score that try, the 16-year-old, the youngest guy in the tournament to set that try up that brought the house down.

“We’re ecstatic about that. It’s a small, small victory, but it’s a victory in itself.”