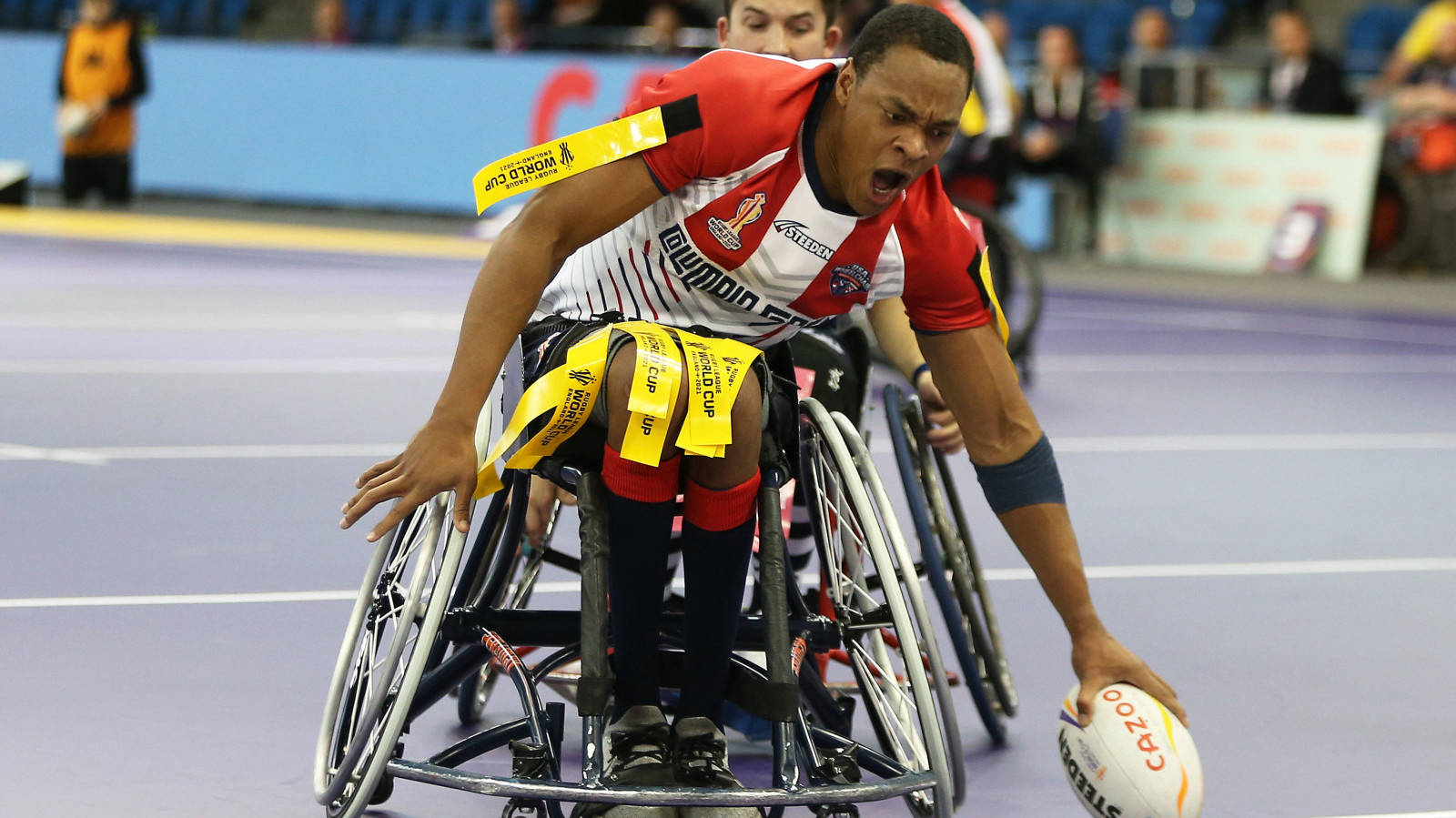 Geoff Mason was over the moon with his team’s daring determination as the USA flew to a 62-41 victory over Scotland in their World Cup debut.

Head coach Mason praised his team for sending out a strong message with their 12-try win, as player of the match Mackenzie Johnson and captain Jeff Townsend claimed four apiece in a hard-fought battle with the Bravehearts.

The EIS Sheffield was abuzz with raw excitement for the unknown USA, who were without a rugby league team only two years ago.

Mason said: “That was fabulous. I was probably more nervous than I’ve been in a long time and didn’t quite know what to expect.

“We’ve played scrimmages domestically but not a competitive team, so I thought we probably had the ability and the speed to do well but I’m just really happy.

“The guys really stuck at it and managed well throughout. We’re hoping to go back home and be competitive domestically and then internationally to push for the next World Cup.

“We’re generating a lot of support in the US and getting to the semi-finals would be huge.”

The debutants came out fighting and danced over the line almost instantly as Johnson proved his strength and speed on the left wing, crossing twice in the opening three minutes.

But Scotland soon replied in stunning fashion, showing their technical strength with fast hands as 23-year-old Callum Young claimed a hat-trick while the USA added another through Matthew Wooloff.

Connor Blackmore defied gravity as he tipped over the line for Scotland’s fourth, keeping in touch by the smallest of margins to ground the ball in the left-hand corner.

The back-and-forth battle continued as USA roared ahead before half-time, Johnson leading the way by completing his hat-trick but Wigan Warriors’ Wooloff dotted down for his double.

Jesse Lind found his way across the line in the 33rd minute after an assist from Wooloff before grabbing his second on the stroke of half-time to give the Americans a 38-24 half-time lead.

Scotland’s speed of pass continued to pay dividends after the break as Blackmore stretched his body to collect a long pass before assisting John Willans.

However, moments of such quality were all too few and far between for head coach Mark Roughsedge who was left frustrated at the up and down nature of the performance with his side now facing the daunting prospect of taking on reigning world champions France, who dispatched Wales 152-6 in the day’s opening game, next.

He said: “I’m really frustrated, and I think we’re almost definitely going to make some highlight reels and blooper reels of the competition from that performance.

“We need to keep that consistency going and we suffered from a lot of unforced errors but when we got it right it turned into points.

“We probably let 18 points slip and made basic mistakes today. The USA were very much unknown to us; the only person we knew about was Wooloff from his time at Wigan.

“We had to assume that they would be quicker than us so we tried to negate them but that didn’t always show.”

The Hawks’ energy proved too much for the Bravehearts as Johnson grabbed his fifth and skipper Townsend raced over the line to catapult his side further ahead.

Mike Mellon was initially denied by the US defence before he managed to offload to Grant to dot down under the sticks for his second.

And despite a tactical drop goal by Grant reducing the deficit to 11 points, Townsend moved the game out of Scotland’s reach, finishing with four tries.

And although Young made it to the same tally it was not enough for the Bravehearts as the USA sealed a momentous victory which they will be looking to back up against Wales on Monday night at the same venue.