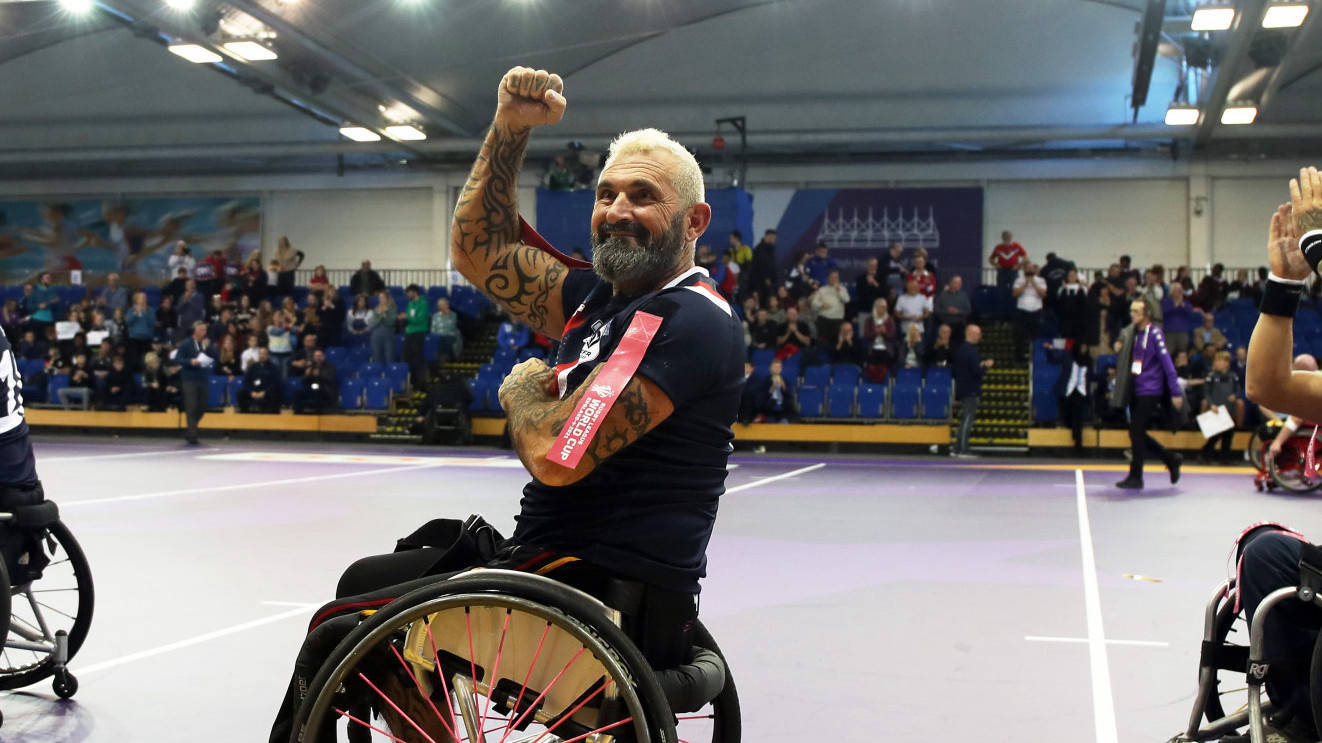 France captain Gilles Clausells said the back-to-back World Cup winners have more in the locker despite opening their tournament with a swashbuckling 154-6 victory over Wales.

The reigning champions began their quest for a ‘threepeat’ in emphatic fashion at the EIS Sheffield, registering an incredible 27 tries with Lionel Alazard roaring into rugby league folklore with the most points ever scored by an individual in a World Cup match with 50.

The win marked the world number one’s largest margin of victory over Wales, trouncing their 118-10 win in 2017, but they fell just short of breaking their own world record for winning margin – set in 2013 with a 154-2 win over Scotland – but succeeded in sending a stark warning to their World Cup opponents.

Clausells said: “Relief is the main thing we’re feeling after that. It was a game we have expected to play for a long time and we feel that we can definitely be stronger going forward by far.

“We don’t feel that external pressure of being reigning champions. Really that pressure is more on the ex-world champs England, so we are fighting for that title once more and are really hoping that we get it.

“We were more focused on the game than the records but when we saw the clock at the end, that was when we started thinking of it.”

Despite plenty of rallying support for Wales, they were unable to match the supreme speed and dominance exerted by the two-time champions who cruised to a 96-0 lead before the break.

France led the way from the onset as Jeremy Bourson slipped through the defence and offloaded to Alazard for his first before adding a second shortly after on the opposite side of the court.

Captain Clausells added another before Wales almost crossed for their first, but Stephen Halsey was held up under the posts and Bourson claimed his first before Alazard grabbed his hat-trick.

France thundered ahead with further scores from Bourson, Julien Pennella, Florian Guttadoro and two more for relentless player of the match Alazard.

But the crowd soon erupted with cheers as Harry Jones, supported by his teammates, crept into the right corner and earned Wales their only points of the game.

And captain Stuart Williams was still proud of his side despite the lopsided scoreline and gulf in class, as Wales fought hard throughout and never gave up.

He said: “Scoring at will is a good way at describing what they just did.

“It’s really hard and a difficult situation to be in and you have to rise up to that score, you can’t just bend over or bow down to it.

“In the first half we did allow them to run away with it and I hope my teammates would agree with that statement, we weren’t fully attuned to how fast the French would be but we will not back down, we will not roll over or give up.”

Lifted by the momentum of their try, Wales paused the French powerhouses for 10 minutes before they punched through the defence with tries from Mostefa Abassi and Bourson’s fourth.

Julien Pennella crossed twice before Arno Vargas and Jonathan Hivernat dotted down before the break.

Abassi and Pennella carried their first-half energy into the second with early tries as Pennella, on the receiving end of some quick passing by Bourson, secured his hat-trick.

Record-breaker Alazard continued to prove why he is one of the game’s best, crossing for his sixth before a speedy offload to Abassi gave him a stylish hat-trick score.

Wales temporarily halted the France juggernaut again, with strong tackling from Jodie Boyd-Ward, in her 39th international appearance as she joined Alan Caron as the world’s most capped player, but France never relented, several more tries coming before the finish, ending just two points short of equalling their own world record.

France will face a sterner test next against Scotland while Wales will have to regroup before taking on the USA on Monday night at the same venue.