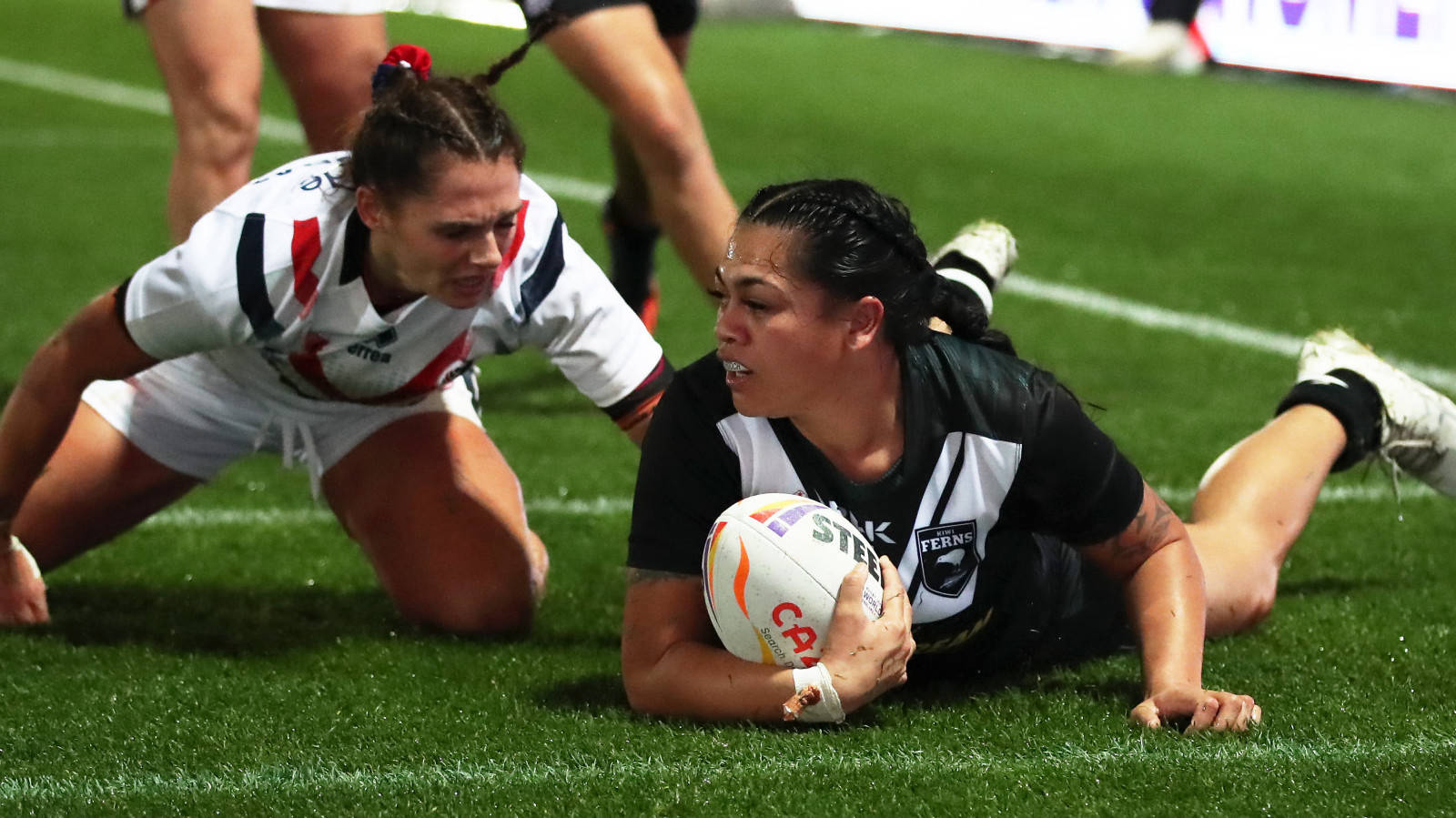 Ricky Henry’s team were forced to earn their victory as Les Chanticleers put up a terrific fight in defence before Madison Bartlett finally opened the scoring in the 23rd minute for the heavily-fancied Kiwi Ferns.

Apii Nicholls, Amber Hall and Murdoch-Masila’s first ensured the three-time champions went in 26-0 to the good at half-time.

And they took the second half by storm as Vaha’akolo crossed for two either side of Page McGregor’s try before Murdoch-Masila grabbed her second and Shanice Parker rounded things off in style to send New Zealand at least temporarily top of Group B.

France carried the momentum of their 16-4 warm-up win over Brazil into Round 1 and battled hard to keep the Kiwi Ferns out when they were only yards away from the whitewash on several occasions in the opening stages.

But Bartlett ultimately found New Zealand’s way over the line shortly into the second quarter, dotting down in the left-hand corner after being put away by Page McGregor.

Having waited patiently for their opening points, four more came five minutes later as a chip from Page’s sister Raecene McGregor on the last was chased down by player of the match Nicholls who slid under the posts for their first converted try.

The Kiwi Ferns squeezed two more in before the break as Amber Hall snatched the ball from a quick offload by Raecene McGregor and powered over the line before Murdoch-Masila gave them a fourth in the 39th minute, making the most of a break in the France defence and dotting down on the left.

The second half got underway quickly with an impressive opening set from the Kiwi Ferns that concluded with another try, Parker passing right to Vaha’akolo who dived over the line for her first of the tournament.

Page McGregor crossed in the 49th minute as she battled forward on the final tackle, having found space on the left and Henry’s team took firm control of proceedings when Vaha’akolo sauntered over for her second of the night after another assist from Parker.

Murdoch-Masila kept the momentum going and claimed her second in the dying minutes of the game before Parker claimed the final try of the night, blazing down the full length of the field to dot down beneath the sticks.