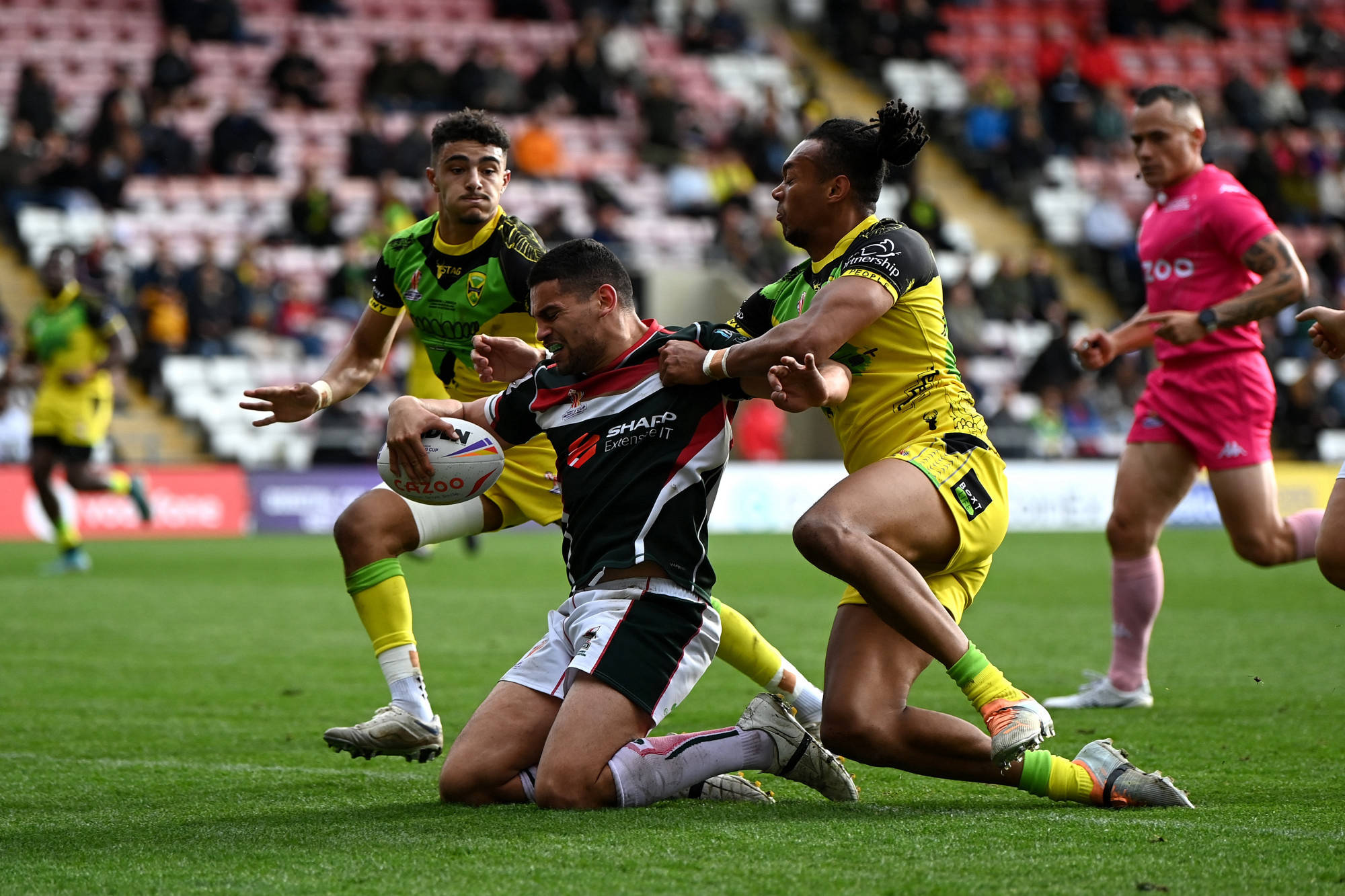 Josh Mansour’s hat-trick in a dominant 74-12 win over Jamaica confirmed Lebanon’s quarter-final date with the Australia side he helped to World Cup glory in 2017.

Nine different try scorers helped the Cedars run in 13 in total to secure their first back-to-back victories at a World Cup.

Adam Doueihi’s move to full-back on his return from suspension in place of the injured Jacob Kiraz paid off as he dominated the attack.

Jamaica struggled for answers to Lebanon’s seven first-half tries but the Reggae Warriors were buoyed after the break by a fine individual effort from Mo Agoro before Jordan Andrade also crossed.

However, doubles for Charbel Tasipale and Abbas Miski helped Michael Cheika’s side to a comfortable victory to set up a tantalising quarter-final against Australia next Friday.

After early Jamaica possession, Lebanon exploded into the game as Mikey Tannous crossed first for the Cedars after being set up perfectly by captain Mitchell Moses who carved his way through the defence.

Tannous started the move that led to Lebanon’s second minutes later, finding Khaled Rajab whose deft offload to Miski saw the powerful winger score for the fifth game in a row.

Doueihi found Elie El-Zakhem for Lebanon’s third of the game inside 12 minutes before Rajab was involved again, receiving the ball from second row Tasipale before sending it out to the left for Reece Robinson to dot down.

The young stand-off was rewarded with a try of his own two minutes later, his first on the international stage, as Doueihi powered forward before Rajab sprinted into space to receive his pass.

Tasipale was Lebanon’s sixth different try scorer of the afternoon in the 32nd minute as Miski just kept the ball in on the left wing in the build-up.

The Cedars’ final score of the first period came in the opposite corner as Mansour finished off a move orchestrated by his side’s principal creators with Rajab, Moses and Doueihi all linking up.

The last act of the half saw Jaxson Rahme sent to the sin bin for a dangerous tackle on Kieran Rush but the Reggae Warriors could not make the advantage stick early in the second half as Doueihi brought out the dummy to add his name to the scoresheet.

Despite a heavy Lebanese presence, Leigh Sports Village rose to applaud the athleticism of Agoro who got his foot to a misplaced Lebanon pass before sprinting 40 metres to score Jamaica’s second-ever World Cup try.

Tasipale became the first player to score for a second time in the game before Tony Maroun crossed on debut, flying over in the left-hand corner to crush Jamaica’s spirits.

Mansour then added an 11th try with a 50m sprint but Jamaica were not done yet at their maiden World Cup, as Andrade dotted down under the posts after quick hands from Joel Farrell.

Mansour, who was part of the Kangaroos’ victorious 2017 squad but did not feature in the final, sewed up his hat-trick with another acrobatic effort before Wigan Warriors wing Miski scooped up a kick from Doueihi on the touchline to end the game in electric fashion for Lebanon.