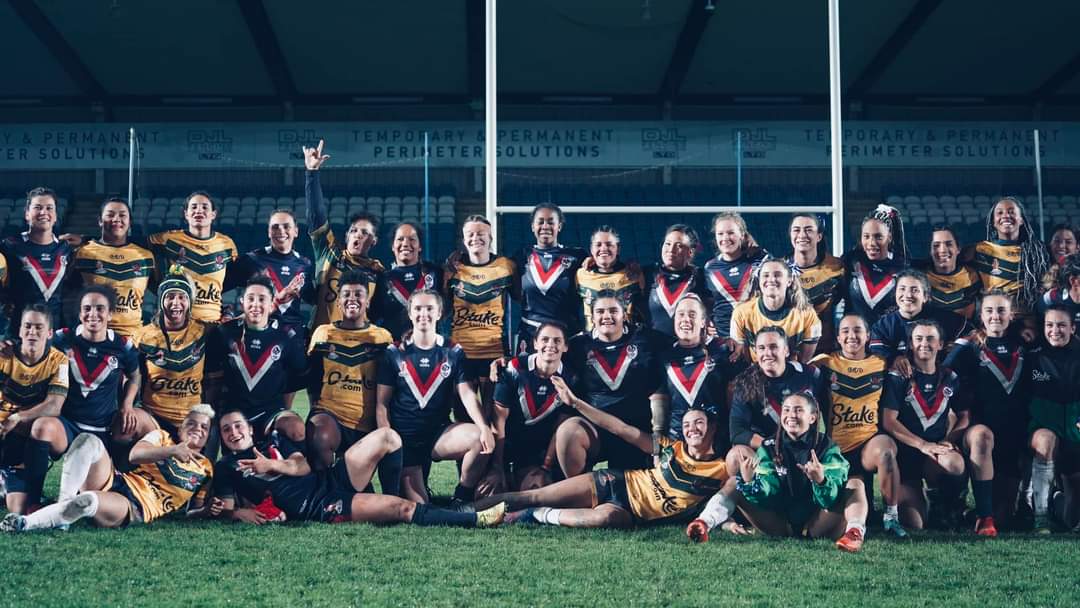 Brazil women made a significant impression in their warm up matche before the World Cup kicks off next week. Brazil, in their first game in the northern hemisphere, went down 16-4 at Featherstone aga

“I was very happy with the way the girls came out of the blocks, and by the second half we were performing very well,” noted Brazil women’s head coach, Paul Grundy. “We’ve got the basic structure right now, we have a bit of work to do around the ruck and we’ll do that in the next few days. The French girls have helped us get the nerves out tonight and I’m confident that we’ll be a match for the teams we are going to play next.”

France looked ominous at the start as Zoé Pastre-Courtine’s early effort was ruled out for a forward pass. Three minutes later Margot Canal crossed on the right but the conversion was missed by Perinne Monsarrat.

Brazil’s defence held firm under more pressure with Franciny Amaral and Amanda Welter robustly tackling the more-skilled attack. With a quarter of the game gone Lauréane Biville scorched up the left wing to add a further score for France, before Cristina Song-Puche did similar on the right shortly afterwards, with this time Elisa Akpa unable to find her mark with the extras, leaving France ahead 12-0 at the break.

Brazil took the initiative at the start of the second half with Ana Loschi and Paula Casemiro making strong runs. They were denied a try from a kick but were rewarded when prop Amaral collected Patricia Bodeman’s reverse pass close to the line amid scenes of delight on the touchline and in the stands. Maria Graf, having returned to the pitch following the doctor’s clearance after a head injury assessment put the conversion just wide of the posts.

France hit back when winger Mélanie Bianchini was on the end of a flowing move although Akpa was off target with the kick and with both teams suffering from disruption owing to the large number of interchanges fluency was at a premium, however, the contest showed both sides will be competitive when the tournament starts next Tuesday.

France women’s head coach, Vincent Baloup, was pleased with the hit out. “It was a strong performance against a team who performed very well. We did give them a lot of opportunities to come into the game and if we do that when we play New Zealand next week we will have problems. We’ll look at each game in the World Cup as it comes, take our opportunities to practice and we’ll do our best to compete.”