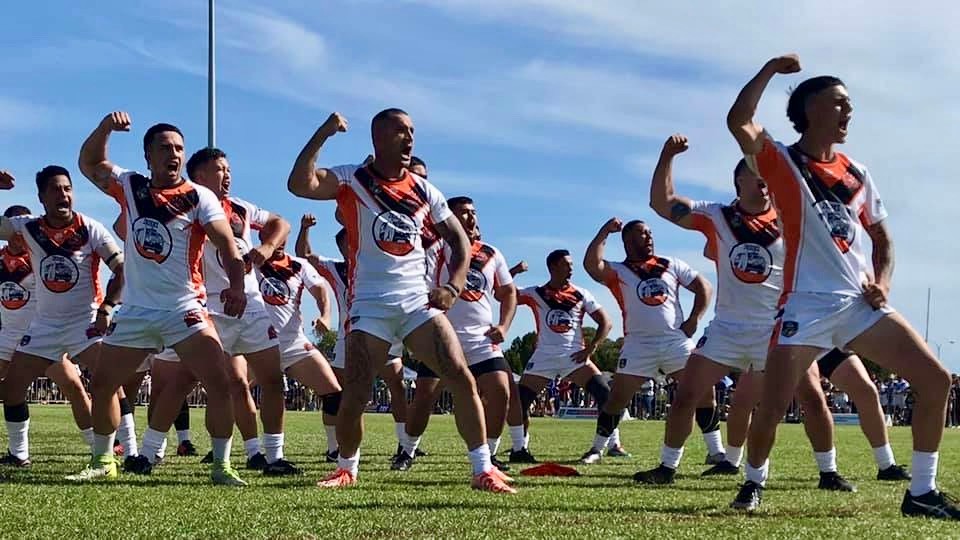 The biggest multicultural sports event in Western Australia kicks off on Friday when over 1300 sportsmen and women come together to take part in the NRL WA’s Harmony Nines tournament – with over 60 teams competing for the honours over three days at Port Kennedy Sportsplex.

And for Sera Ah-Sam it gives her the opportunity not to just represent her Samoan community, but to also play with her daughter Frieda.

“It means so much to represent your country in an amazing event like this”, the Ellenbrook Rabbitohs women’s team member said.

“I’ve played in every one, it just gets bigger and better each year.”

Now in its sixth year, rugby league’s annual nines event brings together dozens of communities, with junior, mens and women’s teams adding colour and culture to a fast growing game here in Perth.

Ben Bolth, Rockingham Sharks’ giant forward, will miss this year because of work commitments, but the proud Cook Islander knows what it’s like to play.

“My dad is half Cook Island and half Norwegian, so I am very proud to represent his heritage,” Bolth said. “The community feel is so good. The drums, the food, then there’s the footy, of course. Other communities think the same.”

Kani Solomon was a part of the amazing year the North Beach Sea Eagles had, reaching the 2022 NRL WA grand final.

Originally from the small town of Levin, about an hour’s drive from Wellington, the proud New Zealander believes the tournament has never been bettered anywhere.

“In my years of playing football, Ive never been to anything bigger or better,” Solomon said. “I’ve played in five of the six tournaments and the cultural elements are amazing. I’ve learned so much about other cultures.”

Alkimos Tigers star Corey Broughton played in the first one in 2017.

“Back then we pulled together some players from the northern suburbs and formed a team. Some from North Beach, others from Joondalup and Ellenbrook. We had some great talent,” Broughton, who won that first tournament playing for Hawaiki Pamamao, said.

“I’ve changed to a new Taranaki side this year, and we are all from the west coast of the north island of New Zealand. It brings us together as we celebrate our community and culture around rugby league. It’s such an awesome event.

“I think that first year there were maybe 10 teams. Now there’s over 60. It’s one of my highlights of the year.”

NRL star and New Zealand international Clinton Toopi played in the event in 2019.

He was blown over by what it meant to so many people to represent their traditions and cultures.

“It just shows what sport can achieve when everyone comes together,” Toopi said.

“For kids born in WA of migrant parents it gives them an insight into their heritage and a chance to be part of it as well as maintaining their new Aussie identity.”

And it’s not just the Kiwi or islander communities who bring their traditions with them.

Australia is represented by both the Bushrangers and an amazing indigenous side that in the last two editions made it all the way to the final playing some scintillating football.

The Indian Ocean territories, representing Christmas Island and the Cocos Islands, will fly into Perth for the event that will see 151 games played in three days.

Papua New Guinea also delivers, this year with a girls under-16 team as well as a men’s, as does the more traditional rugby league nation of Great Britain.

“It’s where the game was founded in 1895, so we have tons of heritage,” Great Britain team manager Ed Easter said.

“We’re actually four heritages, maybe more if you then break down all the regions of the UK.

“England is the bulk of the squad, but we have players from Scotland, Ireland and Wales in our sides.”

Easter is quick to point out that their culture is also important with new players asked to research and explain their heritage.

“We often get kids with Aussie accents who have a British parent or grandparent who say ‘My dad’s from …’ We had one kid who has Cornish heritage, so we got him to go and learn some of the Cornish language.

“Like all the countries at Harmony Nines, it’s important to know where you came from.”

The Great Britain teams have replica blue heritage signs made of the historical sign that sits outside the George Hotel in Huddersfield, Yorkshire – where the game was founded way back in 1895 – to offer as a ‘cultural gift’ to opposing teams before games.

“The AFL and soccer have nothing like this – this is unique to rugby league,” Easter said.

“It’s something we are very proud of – all cultures coming together for an amazing weekend of sport.”