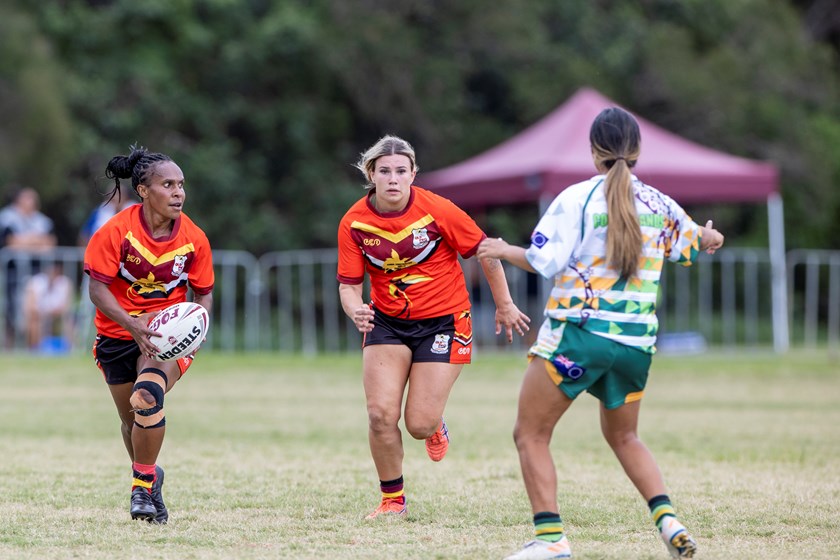 Nations come together for QPICC

The annual Queensland Pacific Island Cultural Carnival returns to Beenleigh’s Bill Norris Oval this week and the event will be bigger and more inclusive than ever.

Played amidst the backdrop of the Rugby League World Cup 2021 tournament in England, the carnival is a true representative and competitive tournament that tests the skills of all players, as well as allowing Pasifika participants to share and display their culture.

Papua New Guinea Kokomos Queensland Rugby League president Tom Adamson has been a supporter of the tournament for a number of years and is particularly proud to see how far the tournament has come, especially in the women’s space.

This year, the PNG open women’s side will be without a number of stars who took to the field last year, with three players in Emily Veivers, Jessikah Reeves and Keilee Joseph all in England to prepare for this year’s World Cup.

Veivers and Reeves have been called up to represent the PNG Orchids team, while Joseph is one of the rookies who has been selected to play with the Australian Jillaroos.

“We are very strong about the women being equal with the men, and I think every opportunity should be to encourage the young girls, because they are the future,” Adamson said.

“When we first started, we used to only have two teams, I think it was under 16 and under 22 (boys)… and from there it all got bigger.

“(It) started growing and we started getting a lot of interest because obviously, Papua New Guineans are mad about rugby league and now amongst our under 16 and under 18 boys, the numbers have just grown.

“The men’s has always been big because we actually have to have a Kokomos Nines tournament to select (a team).

“There are about 10 fellas in the men’s opens who all come from under 14 and 16 through QPICC.

“And in QPICC we have had (current PNG Kumul) Dan Russell, Josh Damon, Matt Trnka, Luke Page – they were all discovered by us first, but they have all gone on to national honours.”

For Queensland Rugby League Ipswich league and club co-ordinator, Nic Hall – who is helping facilitate QPICC and working with competing nations to ensure that the correct QRL processes are followed – the tournament is a great celebration of rugby league.

“It is really exciting to see QPICC growing each and every year with more nations competing and entering in more teams,” Hall said.

“The quality of football is top-notch and it really is a great spectacle.

“The QRL supports QPICC as it aligns with our QRL beliefs which are ‘we are positive, we are united, we are inclusive, we are disciplined’ in all aspects.

“QPICC is a non-alcohol event that encourages positive behaviour not only on the field, but in the stands and although each nation is competing to win, the community and culture presence is really felt all weekend.

“Each nation is respecting of the others, always willing to lend a hand where needed to achieve a great spectacle for all to enjoy.

“The carnival is a chance for our Pasifika population in Queensland to represent their nation with a real community vibe all weekend.

“There will be food stalls from all nations in the carpark, each team will be doing their haka and war dances prior to each game.

“Each nation is driven to produce the best product for the sport and their nation, they will be doing this by being compliant with the QRL rules and guidelines with all players, coaches, trainers and managers being registered.

“The Positive Environment Program messaging will be played throughout the weekend to ensure that the vibe of the carnival continues to be positive.”

The QPICC tournament will be held at Bill Norris Oval, Beenleigh Multisports Complex from Friday, October 28 to Sunday, October 30.