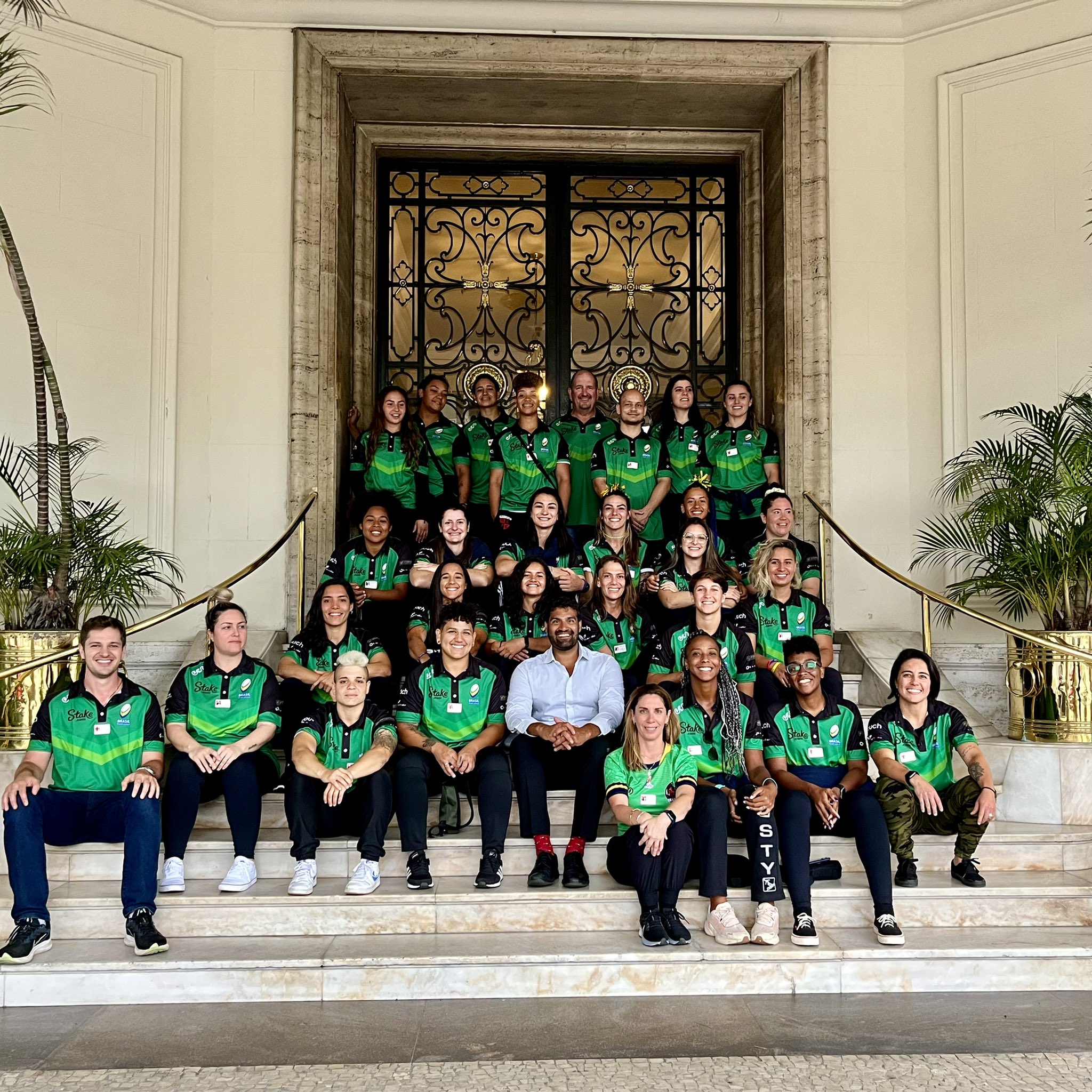 Brazil’s Amazonas make their northern hemisphere rugby league debut tonight (Thursday) when they take on France at Featherstone, (kick off 7.30pm, local time) in a World Cup warm up game. The South Americans arrived yesterday and are keen to put their squad work into practice.

“There is a diverse mix of sporting backgrounds among the group including jiu-jitsu and judo champions, previous Olympians, basketball players, dancers and football players who have made the switch to the 13-a-side game,“ noted Brazil team manager, Robert Burgin. “As Brazil and France won’t meet in the group stages of the World Cup, we are viewing it as a historic fixture to launch our campaign from.”

Former Nottingham Outlaws player Ana Loschi will line up for Brazil. Born in the country, she studied electrical engineering at Loughborough University in 2015-16 before returning to her home nation, playing a handful of games for Nottingham along the way. Known as ‘Boi’ (the Brazilian word for Ox), Loschi is the only member of the squad to have experience playing rugby league overseas.

Nine members of the side are from the Melina club, the only professional rugby league team in the whole of South America, founded by Frenchman Michel Leplus.

France women’s head coach, Vincent Baloup said: “For a year and a half we have been advancing step by step. We are a small team with few resources. However, trust, ambition, sharing and hard work are values that the girls mobilised at each gathering, and which will help them to rise in further.

“Our game plan is simple and clear, the players have integrated it. It is now a question of advancing in its mastery, of knowing how to challenge the opposition and force initiatives. The match in Featherstone will be invaluable for our team, to build up a positive atmosphere.”

Beforehand, Featherstone Rovers women will host an opposed training session against the PNG Orchids at 5.30pm.