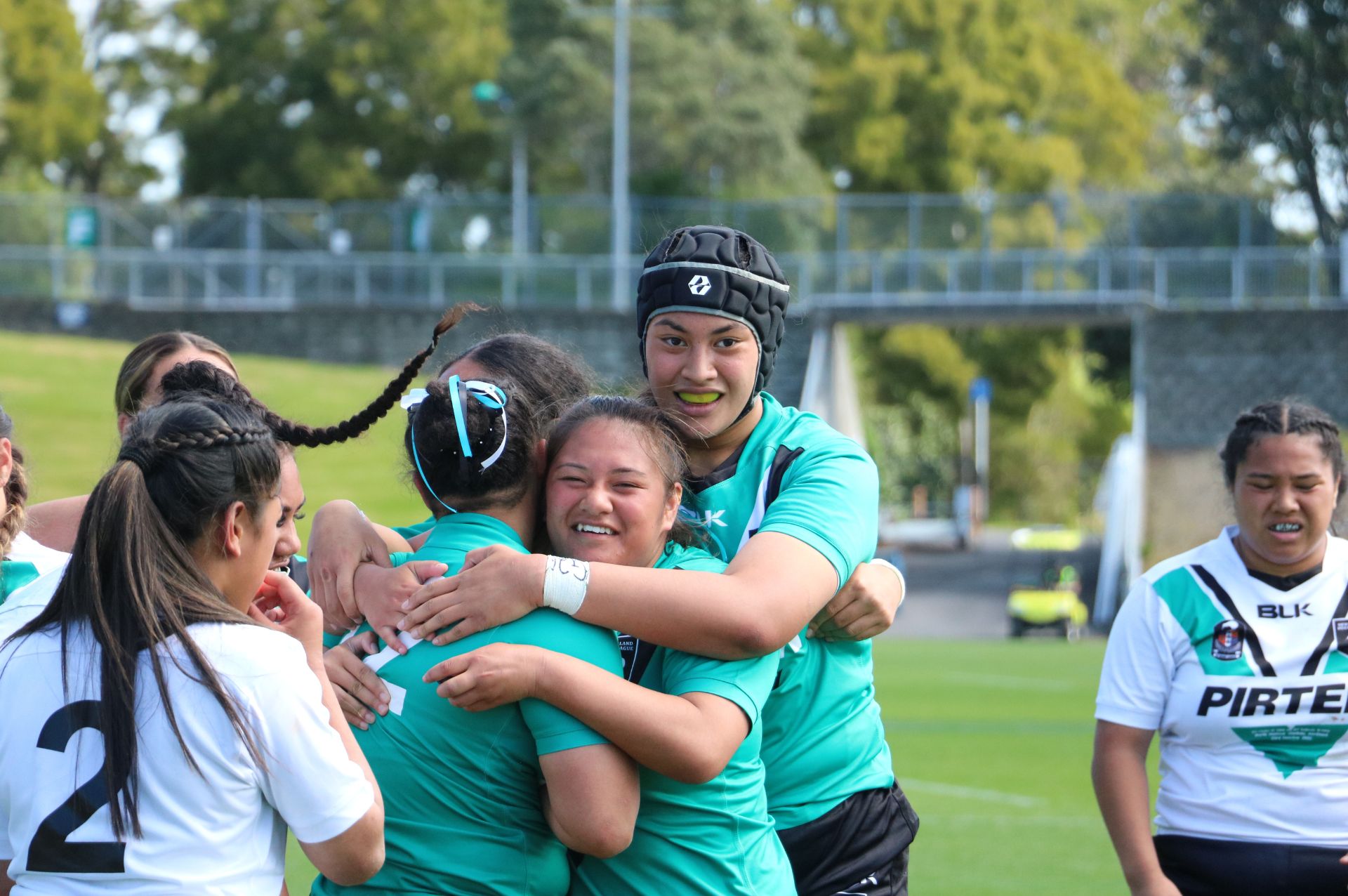 Both teams got into the wrestle early but a costly penalty allowed left side centre Paris Pickering to open the games account on the next set.

Clubs winger Kyla Lynch Brown then buffed the advantage as Clubs went up 10-0. Youth Tournament MVP and Counties fullback Tamisha Tulua then found herself in some space as she went under the post, Clubs owning all the ascendency in the first half.

Another set on the School’s line saw Akarana’s Tatiana Finau crash over on the right edge before Paris Pickering finished off a left hand shift to dummy the fullback and put the Clubs side up 28-0 going into the sheds.

Tulua continued where they left off scoring from within a minute of the second half and the Clubs side didn’t look back.

Lynch Brown added to her tally as well as Claudia Finau, Ronise Matini and Kimoana Niupalau as they recorded a famous 50-0 victory.