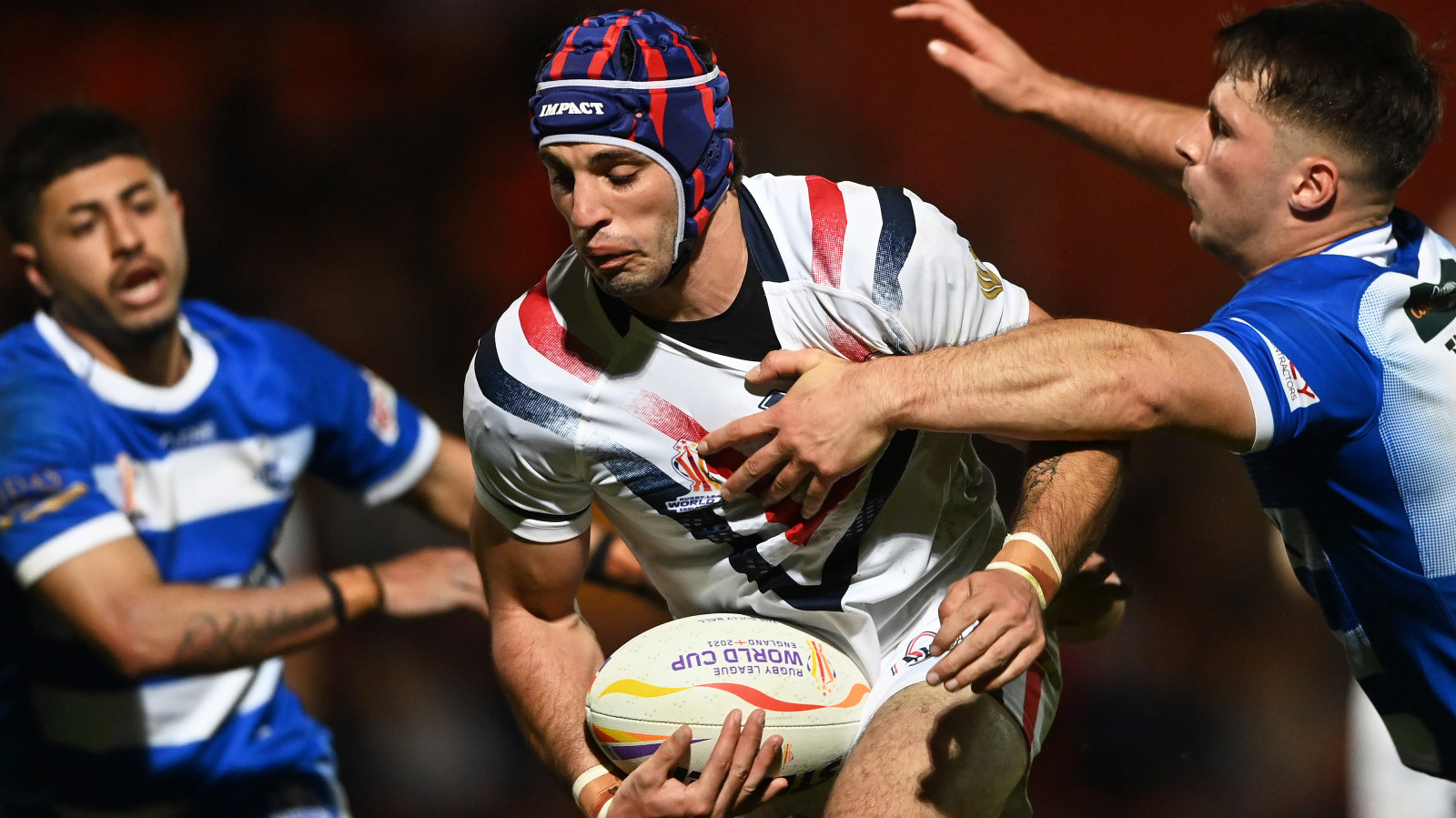 Les Tricolores made the all-important positive start to their campaign in Doncaster knowing that England and Samoa are still to come over the next few weeks.

Jordan Dezaria and Tony Gigot also crossed the whitewash while Arthur Mourgue delivered a flawless display from the tee and collected a try of his own to finish with an 18-point haul as France’s attack particularly impressed ahead of a huge clash against the hosts on Saturday in Bolton.

But Steve Georgallis’ Greece side displayed plenty of determination and effort in South Yorkshire and deservedly got themselves on the scoreboard through Siteni Taukamo’s historic try, their first in tournament history, before Nick Mougious rounded off the game with a stunning score to send Doncaster wild.

The two nations were coming in from opposing ends of the spectrum in terms of World Cup experience, France having featured in all previous 15 editions while Greece, where the 13-a-side game was illegal just six months ago, were making their first appearance.

Player of the match and captain Benjamin Garcia produced a commanding display with the ball from loose forward, proving a crucial cog in the French machine, although they looked more cohesive in the first half, only edging the second 14-12.

Laurent Frayssinous’ France got up and running through Dezaria eight minutes in, the front-rower proving too big and strong for Nicholas Flocas.

Only brave defending in the air from Jonathan Mitsias prevented a second try with Fouad Yaha closing in as France looked to make a fast start.

Flocas’ dangerous tackle allowed Mourgue to slot a simple two points, choosing to go for the posts a mark of France’s respect for their opponents, before Gigot took advantage of Sebastian Sell’s error to score just before the half hour mark.

Jullien then dived over for his fourth international try after getting between Lachlan Ilias and Theodoros Nianiakas to open up a 20-point gap at half-time.

Greece started the second 40 with urgency, Billy Magoulias nearly getting them on the scoreboard but he failed to cleanly collect an Ilias pass barely a yard from the whitewash.

Ruthlessly France made them pay, a swift move seeing half-back Mourgue go over under the posts to mark his third international cap with a try.

Jullien then got his second in the corner six minutes from the end to ensure France broke the 30-point barrier.

But there was still timen for Mougios to produce a sensational score after collecting Meads’ cross-field kick and turning Morgan Escare inside out to give Greece the final word, which they fully merited after a spirited second-half display.

Greece now have to recover for a crunch clash with Samoa on Sunday, while France head to Bolton to face host nation England on Saturday.