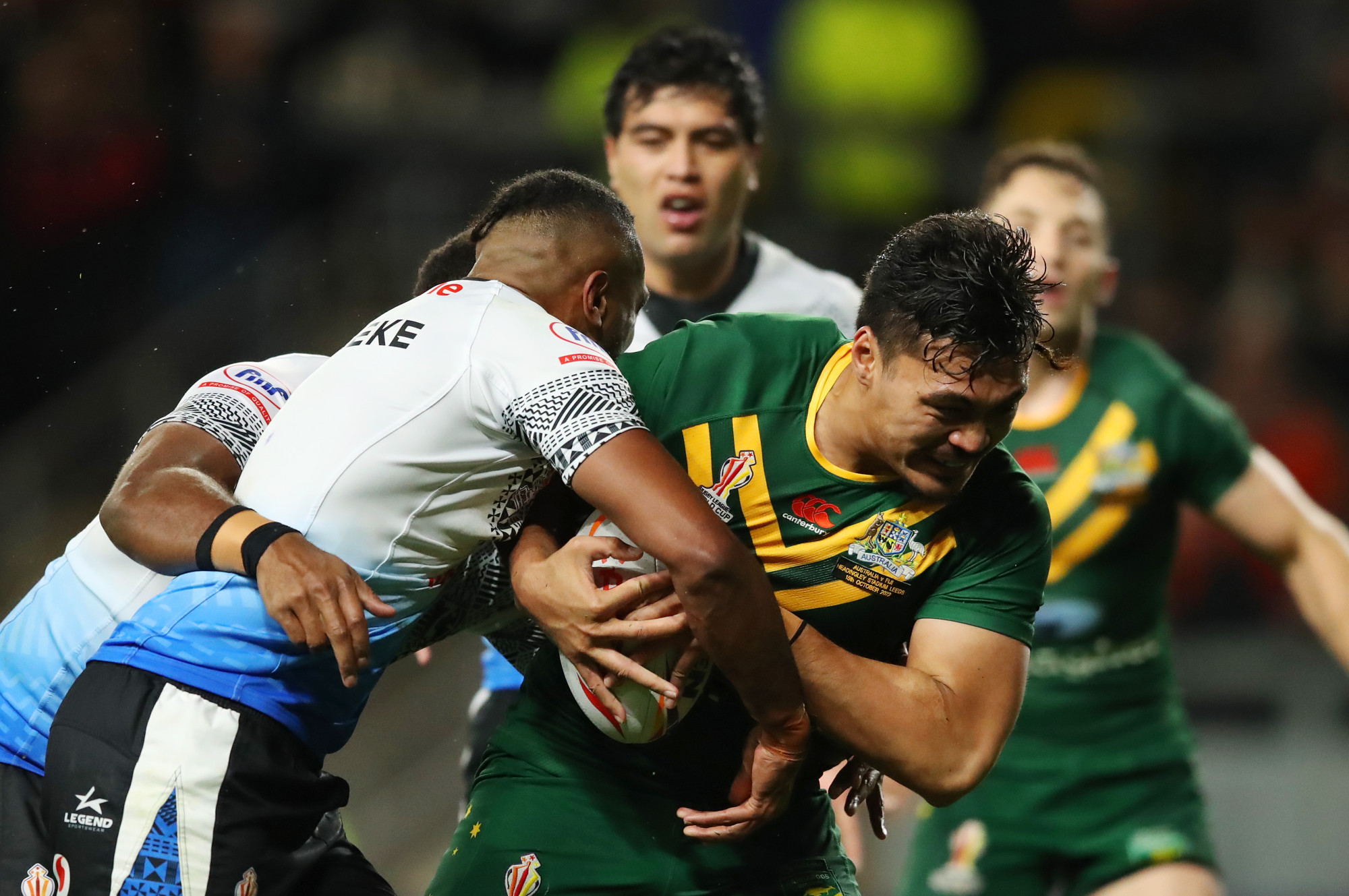 Kangaroos get off to winning start in World Cup

Josh Addo-Carr’s storming try double powered Australia to a 42-8 victory over Fiji in their opening game of the Rugby League World Cup.

However, it was Fiji who got the game underway with the first score as Semi Valemei crossed the line early on before the Kangaroos proved their strength with Valentine Holmes kicking all seven conversions to help his team to a convincing victory in front of 13,366 fans.

The Fiji firepower was evident just four minutes in as Sitiveni Moceidreke threaded the ball through and Valemei beat Australia full-back Tedesco in a foot race to ground the ball for the first points of the match.

A stunned Australia responded well and Murray Taulagi was unfortunate not to score when he was held up on the right wing despite a high tackle from Maika Sivo.

The Kangaroos were struggling to burst through a strong Fijian defence and a scruffy pass saw Sivo stick his hand out and steal the ball, but he was unable to hold onto it for long as a knock-on gave Mal Meninga’s side another chance.

Nanai finally opened Australia’s account in the 16th minute, taking advantage of a gap in the Bati defence and bounding across the line with Holmes’ conversion taking the reigning champions ahead.

Meninga’s side piled on the pressure but Nanai was denied a second score after he grounded the ball just short of the line.

With Fiji on the counterattack, Ben Nakubuwai made inroads with a good run before skipper Tedesco mopped up the ball in front of the sticks.

Mitchell shifted the ball wide early in the tackle count and Fiji were caught narrow in defence and Addo-Carr made them pay as he turned on the afterburners and left the rest of the field in the rear-view mirror, charging all the way from his own posts for another try.

Australia were rewarded once more before the break as Crichton held off the Fiji defence and stretched over the line to make it 18-4.

Meninga’s side came out looking to correct their first-half errors and they made a dream start when Addo-Carr raced down the flank before feeding player of the match Cameron Munster who sent Mitchell under the posts to make it 24-4.

From there they only rocketed further ahead as the impressive replacement hooker Grant bulldozed his way through the defensive line for a solo score.

Valemei had another chance from a Fiji penalty in the 58th minute but couldn’t make it stick and was brought up just short of the try line.

And it was captain Tedesco who put Australia well and truly out of sight before Addo-Carr propelled himself over the line for his second of the game.

Despite the result, it was Fiji who had the last word, as Sunia Turuva showed off his footballing skills to dot down.