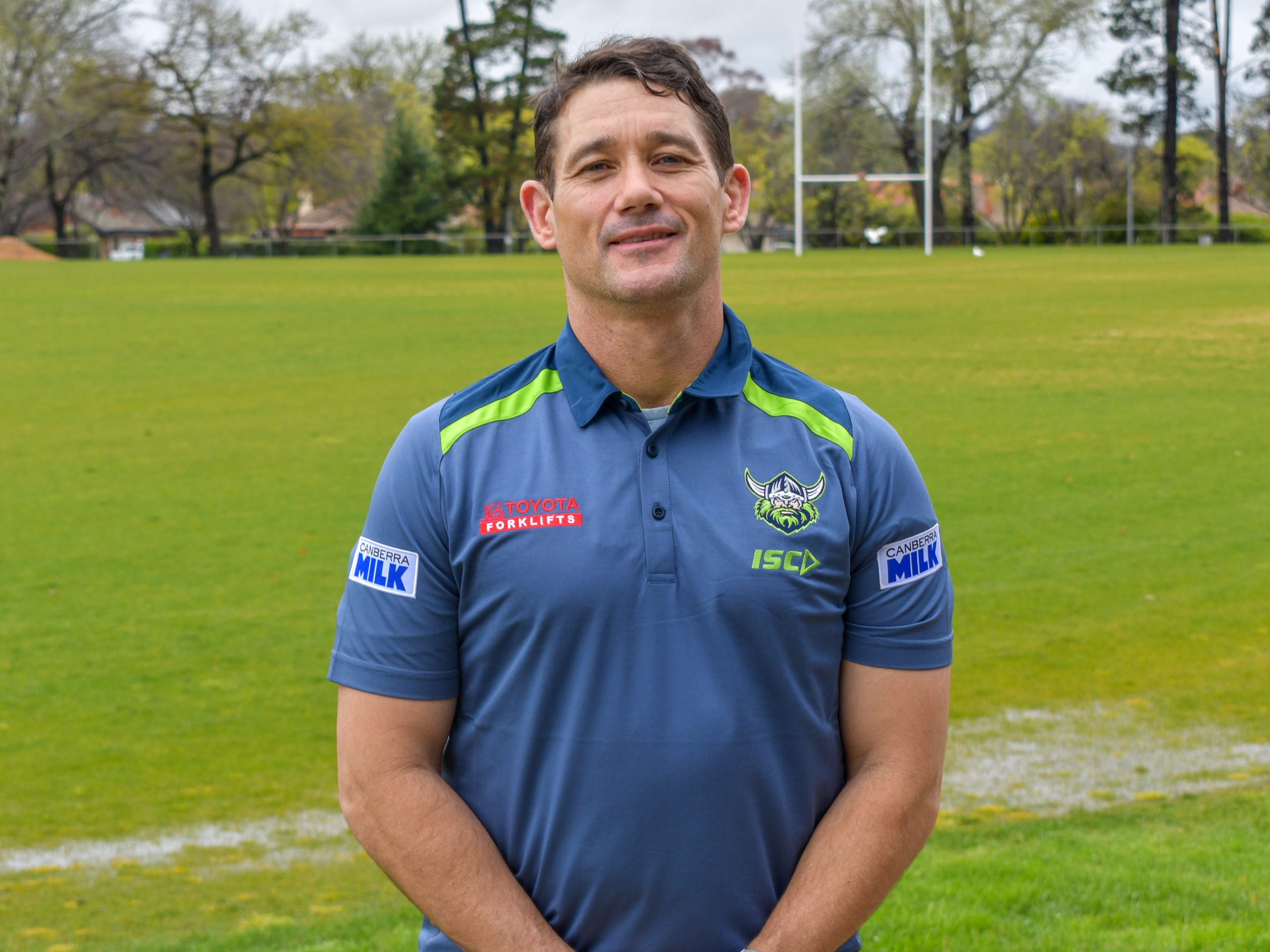 The Canberra Raiders are pleased to announce that Darrin Borthwick will coach the club’s inaugural NRLW side.

Borthwick joins the Raiders with plenty of experience in the women’s game, having been the assistant coach of the Parramatta Eels NRLW team for the past two seasons as well as the Mounties coach in the Harvey Norman NSW Women’s Premiership.

Borthwick has worked with NRLW clubs since the start of the competition in 2018, spending two years with the Sydney Roosters and a year with the New Zealand Warriors in 2020.

Borthwick has been involved with Mounties for the past decade and said he’s excited to reunite with the Raiders for this opportunity.

“I have had an association with Canberra for a while with the feeder club at Mounties so I know the place really well anyway. It’s good to be back and just feels right,” Borthwick said.

“I’m super excited to get in there and get to work.”

“I’m really excited about getting out to the regional areas and finding the next big talent. We are in a position where we will have to recruit from outside but I guess if I’m using players outside of the Raiders in the women’s space I’m looking for the next Isabelle Kelly or Jess Sergis.”

“I’m excited about that because you just don’t know what’s out there. I’ve got to work hard to get out to those areas and these players have got a pathway now. That’s the exciting part for me, getting out there and looking for the next big thing that will pull on a Raiders jersey.”

Borthwick has had the experience of being involved with two NRLW clubs in their inaugural seasons and is looking forward to taking the reigns at the Raiders.

“I’ve done two inaugural clubs already and to jump in at the Raiders and start from the bottom and have that control and say in how it all works, I’m looking forward to that.”

Raiders CEO Don Furner said the club was excited to have someone of Borthwick’s experience involved in the club’s inaugural season.

“Darrin has had a long association with the Raiders through Mounties and we are excited to have him as the inaugural Raiders NRLW coach,” Furner said.

“His extensive knowledge and experience of the women’s game will bring great insight to the club in our inaugural NRLW season. Darrin will have a blank canvas to start our whole program with a large regional area to promote and develop from, not unlike the men’s team when we commenced 40 years ago. At that time, we recruited from areas like New Zealand, Queensland and regional areas because they had no NRL teams back then and we mixed them in with the local talent. It will be an exciting experience for young female talent in the greater region to know they don’t have to move to Sydney to chase their opportunities and dreams.”