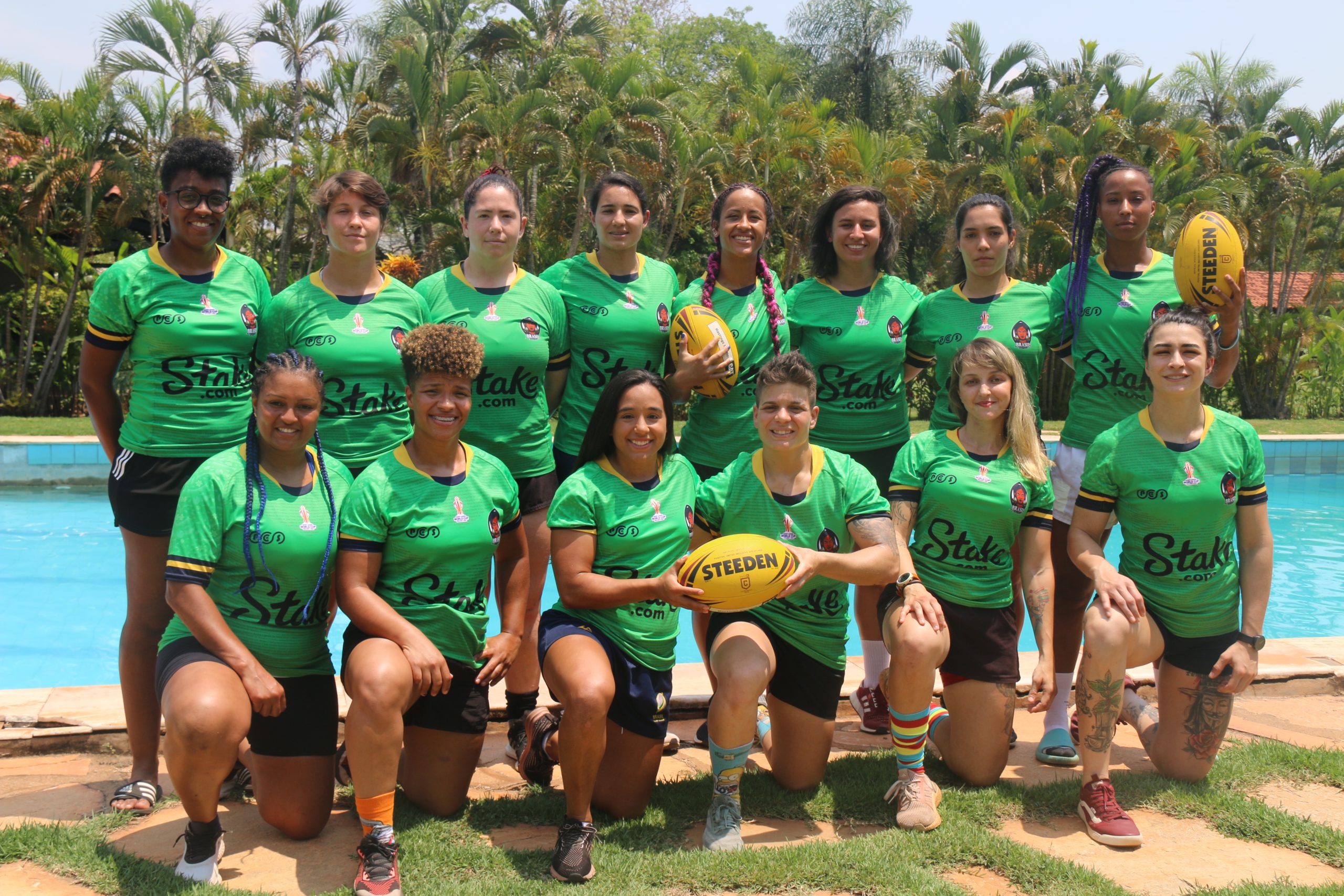 The Brasil Rugby Lesgue has today named the 24-players who will represent the Brasil Stake Amazonas at this year’s Women’s World Cup tournament in England.

After enduring the COVID pandemic, postponment of last year’s tournament, and 4 years of tireless work, the Brasil Rugby League selected the following
athletes from almost 200 applicants scouted across multiple continents and sports.

The Brasil team contains athletes who have competed in jiu-jitsu, capoeira, football, futsal, basketball, handball, Rugby Sevens, Rugby XV, handball, dancing and sprinting, among other disciplines and will come into the tournament as an unknown force.

The youngest member of the squad is 18-year-old Giovanna Barth, a product of the youth program at Maringa, who first experienced #RugbyLeague at age 15 and is the first female player to represent Brasil in the sport from a junior development pathway.

The Amazonas kick off their World Cup campaign against England on November 1, before facing Papua New Guinea and Canada in the group stages.

Send a message of support to the Brasil Amazonas team