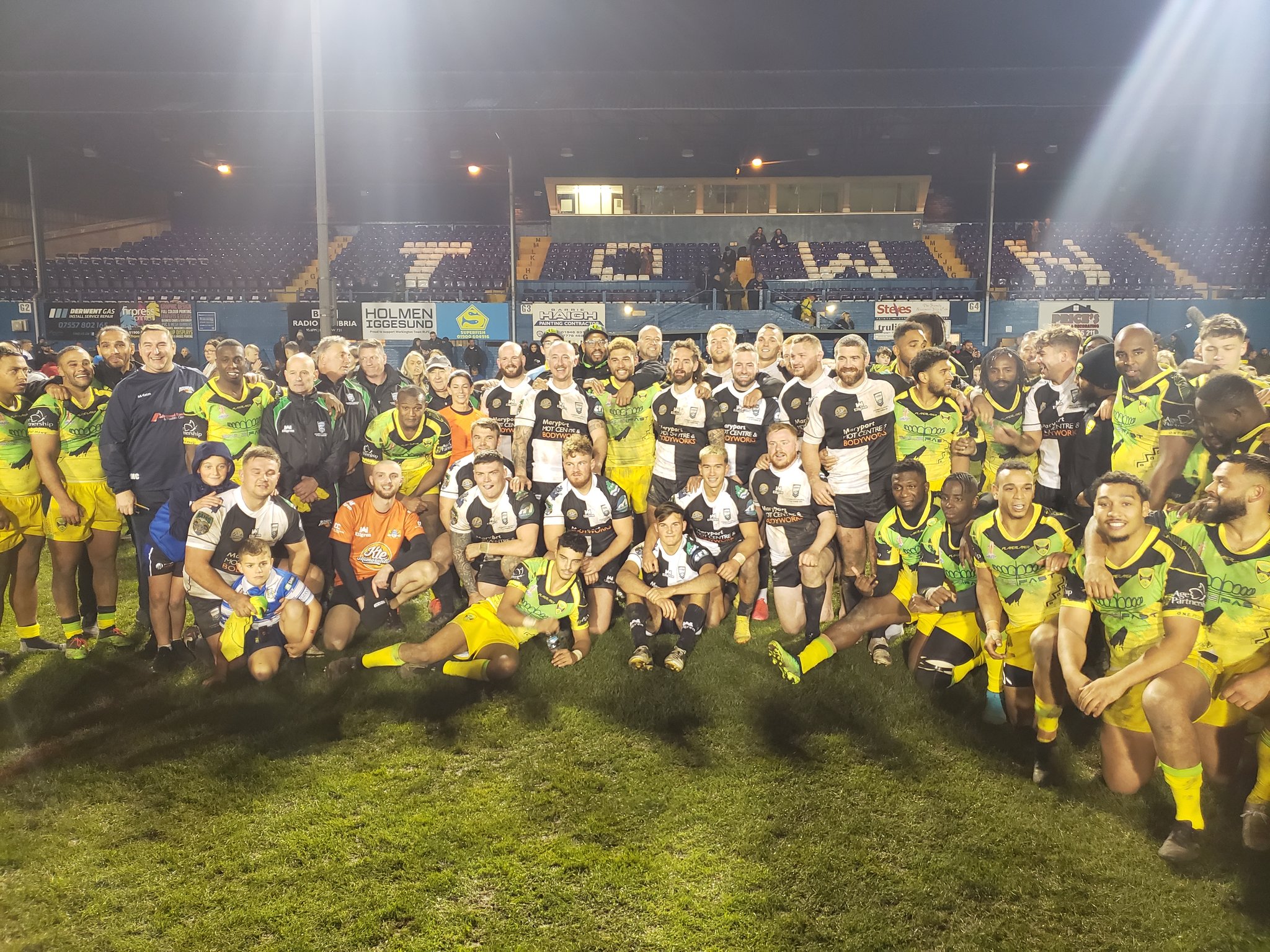 Jamaica go down to Cumbria in World Cup warm-up

Sixteen unanswered points in the second half has seen Cumbria defeat Jamaica in their World Cup warm up at Derwent Park.

Played in front of a crowd over 3,000, the home side dominated in the second half to record the 28 – 12 win after scores were all locked up at halftime.

Jamaica started the match the stronger side, with Ash Golding dominating the opening 15 minutes of the game.

His strong start was converted into points when AJ Wallace crossed in the 10th minute, however Cumbria hit back through Kyle Amor.

Jamaica regained the lead after 23 miniutes when Kieran Tomlinson put in a great break, again after good work by Golden and James Woodburn-Hall crossed for a try which Kieran Rush converted for a 10-6 lead.

They had the opportunity to build on that as Tom Walker was sent to the sin bin but lost some of their direction when Golding went off with an injury.

Cumbria scored next in the match when Ryan Johnston crossed in the 32nd minute, whilst a late penalty to Jamaica saw both sides go into the sheds locked up at 12-all.

The second half was all Cumbria, with the home team scoring three tries as the Jamaicans became tired and lacked direction with Golding off the field.