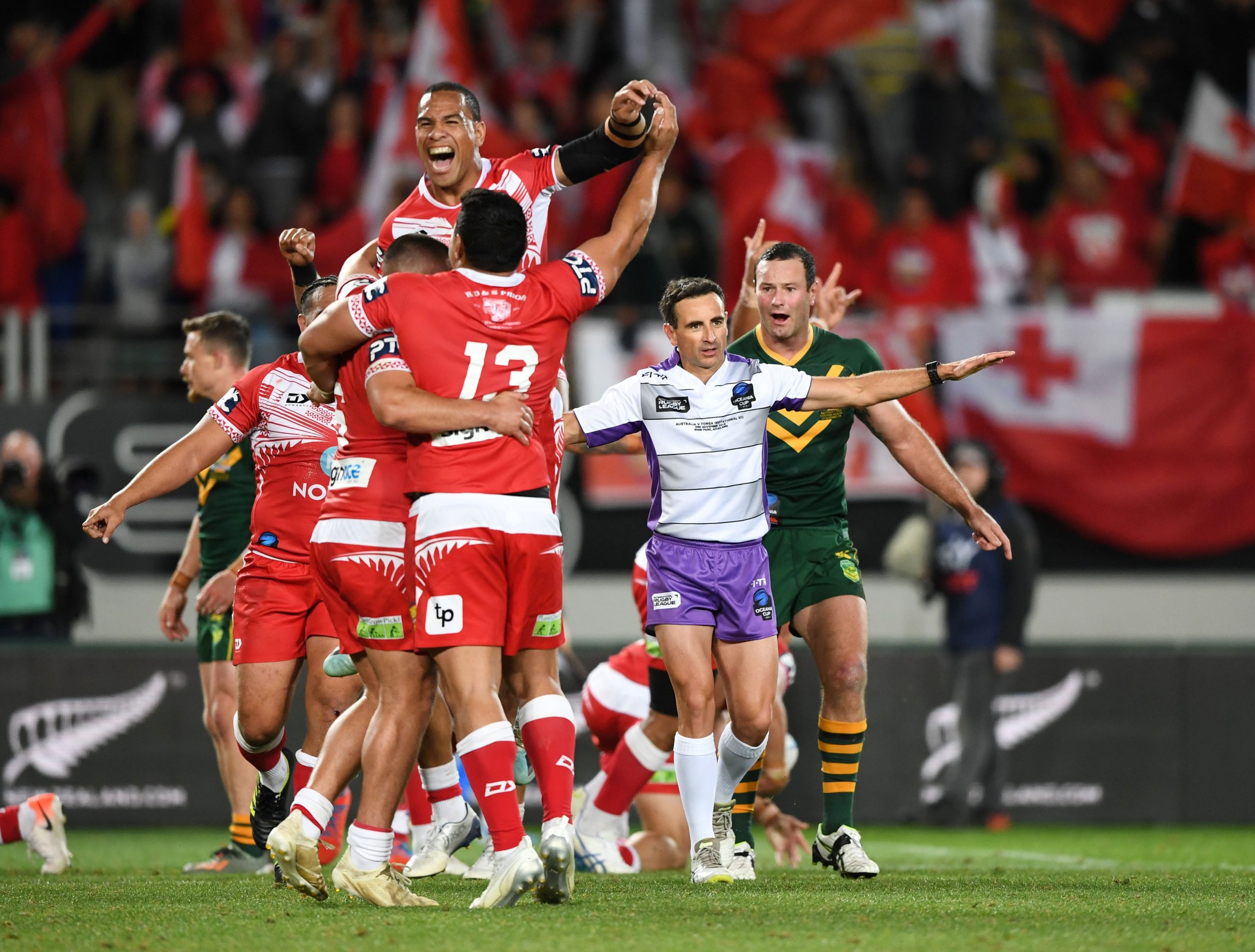 Titans forward David Fifita is expected to pull on a Tonga jersey for the first time in next weekend’s World Cup warm-up match against France after arriving in England with the Pacific nation’s squad.

World Cup veterans Andrew Fifita and David Fusitu’a, who were key members in the stunning rise of the Pacific nation at the 2017 World Cup, will also miss the upcoming tournament in England.

The squad was announced on the Tonga Rugby League Official social media accounts on Monday.

Tonga, who are ranked No.2 on the IRL World Rankings, open their World Cup campaign against Papua New Guinea at St Helens on October 18 before meeting Wales and Cook Islands in their remaining pool matches.

Star forward Jason Taumalolo will miss the opening two matches as well this weekend’s warm-up clash with France in Halifax after receiving a three-game ban for a tackle in North Queensland’s semi-final defeat by Parramatta.