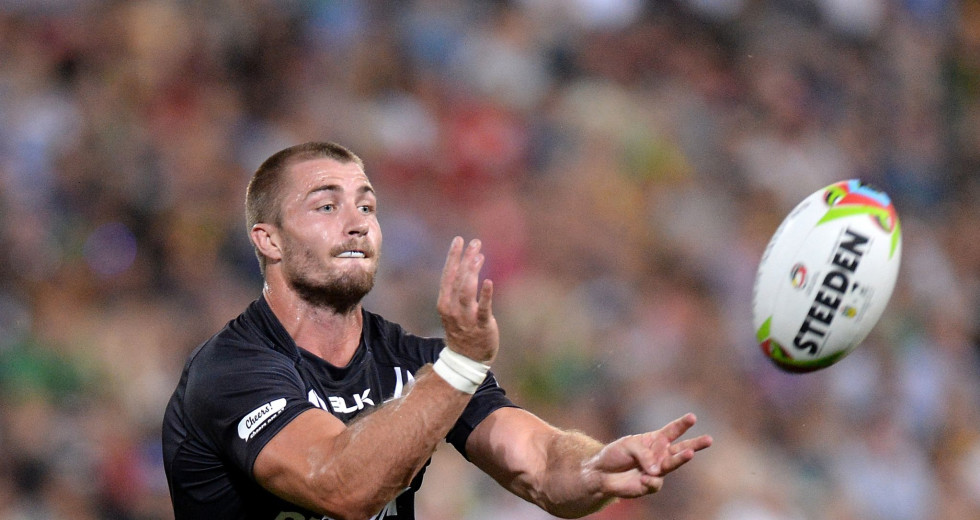 The trio have been confirmed after making impressive contributions in Penrith’s 28-12 victory over the Parramatta Eels in last night’s 2022 NRL decider at Accor Stadium in Sydney.

The Penrith players are joined by Dylan Brown, Isaiah Papali’i and Marata Niukore from the beaten Eels side.

All six players were in the Kiwis’ extended squad which went into camp for the June Test against Mate Ma’a Tonga at Mount Smart Stadium, a match which saw Brown, Niukore and Leota make their New Zealand Test debuts alongside the previously capped Fisher-Harris and Papali’i while Sorensen was on the extended bench.

“Selecting the squad for the World Cup was a real challenge given the quality of players in contention,” said New Zealand Kiwis head coach Michael Maguire.

“There were some tough calls to make but we’re excited about the group we’ve settled on.

“These players have all been impressive for their clubs this season, not least James (Fisher-Harris), Moses (Leota) and Scott (Sorensen) who were all outstanding for Penrith in the grand final.”

Another feature of the selection is the return of seasoned middle forwards Jared Waerea-Hargreaves and Isaac Liu plus fullback-centre Charnze Nicoll-Klokstad.

Waerea-Hargreaves and 2019 Kiwi Nicoll-Klokstad were unavailable for the Tonga Test due to injury while Liu, after being originally selected, remained in Australia to be with his wife for the birth of the couple’s second child.

The only new face in the squad is centre Sebastian Kris (23), who has scored 25 tries in his 44 NRL appearances for Canberra. Born in Brisbane, he is of New Zealand descent through his Huntly-raised mother.

Another player making a return is Canterbury Bankstown Bulldogs hooker Jeremy Marshall-King. Uncapped at Test level, he was in the Kiwi squad for the World Nines in 2019.

The Kiwis, minus the six grand final players, assembled and trained in Sydney this week before the advance party of 18 players plus staff flew to England on Friday.

They’re based in Leeds this week for a warm-up match against the beaten Super League grand finalists the Rhinos at Headingley on Saturday night. Three players are joining the Kiwis for the match which will serve as a farewell for Thomas Leuluai, who is ending his remarkable 20-season career after making his NRL debut as a 17-year-old with the Vodafone Warriors in 2003.

The 37-year-old will lead the Kiwis in his last game before beginning a coaching career with Wigan.

Les Catalans centre Dean Whare, a 19-Test Kiwi from 2012-2017, and Wigan back rower Willie Isa are also joining the Kiwis for the match against Leeds.

The Kiwis then move to their World Cup base in York. Their opening Pool C match is against Lebanon in Warrington on October 16 followed by Jamaica in Hull on October 22 and Ireland in Leeds on October 28.

The quarter-finals are scheduled for November 4,5 and 6, the semifinals on November 11 and 12 and the final at Old Trafford in Manchester on November 19.