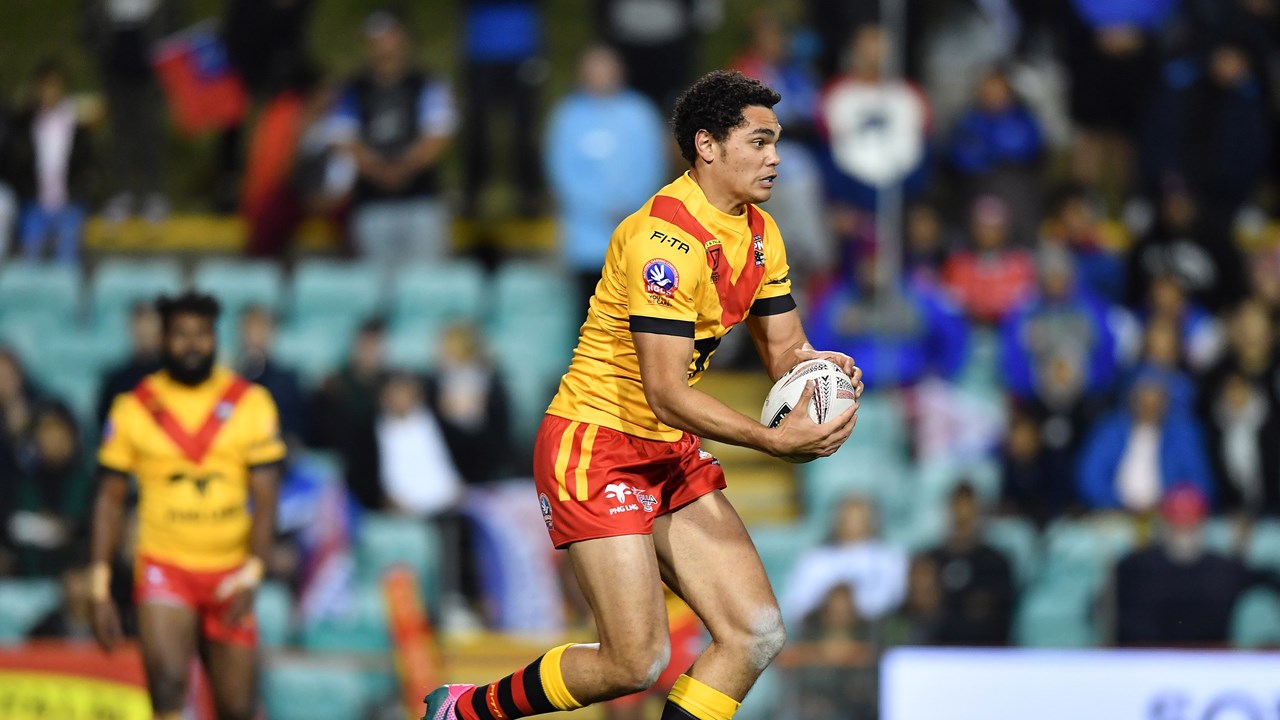 This year’s postponed Rugby League World Cup is shaping up as the most competitive in history, with high-profile players littered across the competing nations.

After an impressive win over the Fiji Bati at the Pacific Test and with the Prime Minister’s XIII all wrapped up, the dust has now settled, and it’s left the Papua New Guinea Kumuls squad announcement with much anticipation.

Stanley has already mobilised his squad, with the team landing in Port Moresby on Saturday. He spoke on the importance of the camp and the need for the team to be seen off by the country before the players make their World Cup Campaign.

“The players needed to feel a sense of ownership of the team. It’s important that they see the country is behind them, and to be seen off by our fans in person means that when they play, they can relate directly to it,” said Stanley.

For some of the players, it will be a long-awaited homecoming.

“Yes, it’s been a long time for some, but this gave us even more reason to base the first week in Port Moresby. The week will go quick, and the capital is only 1 part of Papua New Guinea. Still, it has a lot of different groups residing in different areas of the city, so it was important for us as a team to see in person the connection the country has with the Kumuls before heading out.”
Coach Stan also recognised the contribution the sponsors have made.

“Without our sponsors, PNG LNG, Kumul Petroleum, NGCB and Digicel camps like these don’t happen, so I thank them for their continued commitment to the team.”

Fans have eagerly debated and attempted to pick up on any hints around who Stanley Tepend’s 24-man pick will be to travel to the United Kingdom. With great pride, we are now able to announce our squad heading over for the World Cup.

The Kumuls will name an extraordinary mix of talented young up-and-coming players blended into an experienced squad with a total of 70 test appearances between them.

The Kumuls will come into the World Cup confident that they will have some of the most in-form players to date. The Kumuls World Cup squad will have NRL’s premier finisher, Alex Johnston, who this year has been awarded the Ken Irvine Medal for the third year in a row. Johnston knows how to score tries and is sitting equal fifth on the NRL’s all-time try scorers list. Johnston will be a critical player in the Kumuls squad.

Justin Olam’s sixth season with Melbourne Storm produced yet another solid run for the Dally M Centre of the Year. Known for his almost untameable ability to break through any defence Olam will happily wear a target on his back as opposing teams attempt to nullify his impact.

Kumuls will play from the back of the ruck with the Betfred Championship Player of the Year, Edwin Ipape. Edwin is already a fan favourite on the UK terraces coming off an incredible season with the Leigh Centurions.

Papua New Guinea will look for consistency in a longer campaign, knowing they can rely on Rhyse Martin. Rhyse recently set a new Super League record for 38 consecutive goals.

And that’s just the tip of the iceberg! Stanley commented on his selection process.

“I wanted players with experience, but I also couldn’t look past the players that did well in the Pacific Test. The bond they made and the sense of loyalty for winning that match is something to keep together. Players with the right attitude were the ones picked because that’s what’s important for the longer camp,” said Stanley.

Coach confirmed before the PM’s XIII that it would be an opportunity for players to push their selection case ahead of the World Cup squad being named.

It was all eyes on Edene Gebbie after an impressive but short stint at fullback, who proved too damaging not to be included in the 24.

Jimmy Ngutlik is an exciting young player who, when given his moment, punished an ignorant Australian defensive line who left him unmarked.

Sylvester Namo, another young gun, comes in as the humble workhorse after some solid efforts in the middle.

Wesser Tenza comes into the side after Wartovo Puara was ruled out after breaking his arm during the match. Papua New Guinea had a number of choices for this role, but the handover from Wartovo to Wesser is seamless. He brings the same playing style and form of a classical hooker and will be looking to do his countryman proud in what will be his debut campaign for the Kumuls.

Keven Appo, Zev John, and Rodrick Tai are all inclusions from the PM’s XIII who did enough to solidify their case.

The team land in the United Kingdom on the 7th and play their first match on the 19th. Stanley remained confident when the question arose around team bonding and only having a short turnaround before game day with the UK-based players.

“The players in the UK have all been part of our Kumuls team in the past, and whenever they’ve worn the jersey none of them have let Papua New Guinea down. So I know it won’t be any different this time,” said Stanley.

“They’re all in good form and have all played together before, so getting them settled into camp shouldn’t be any issue.”