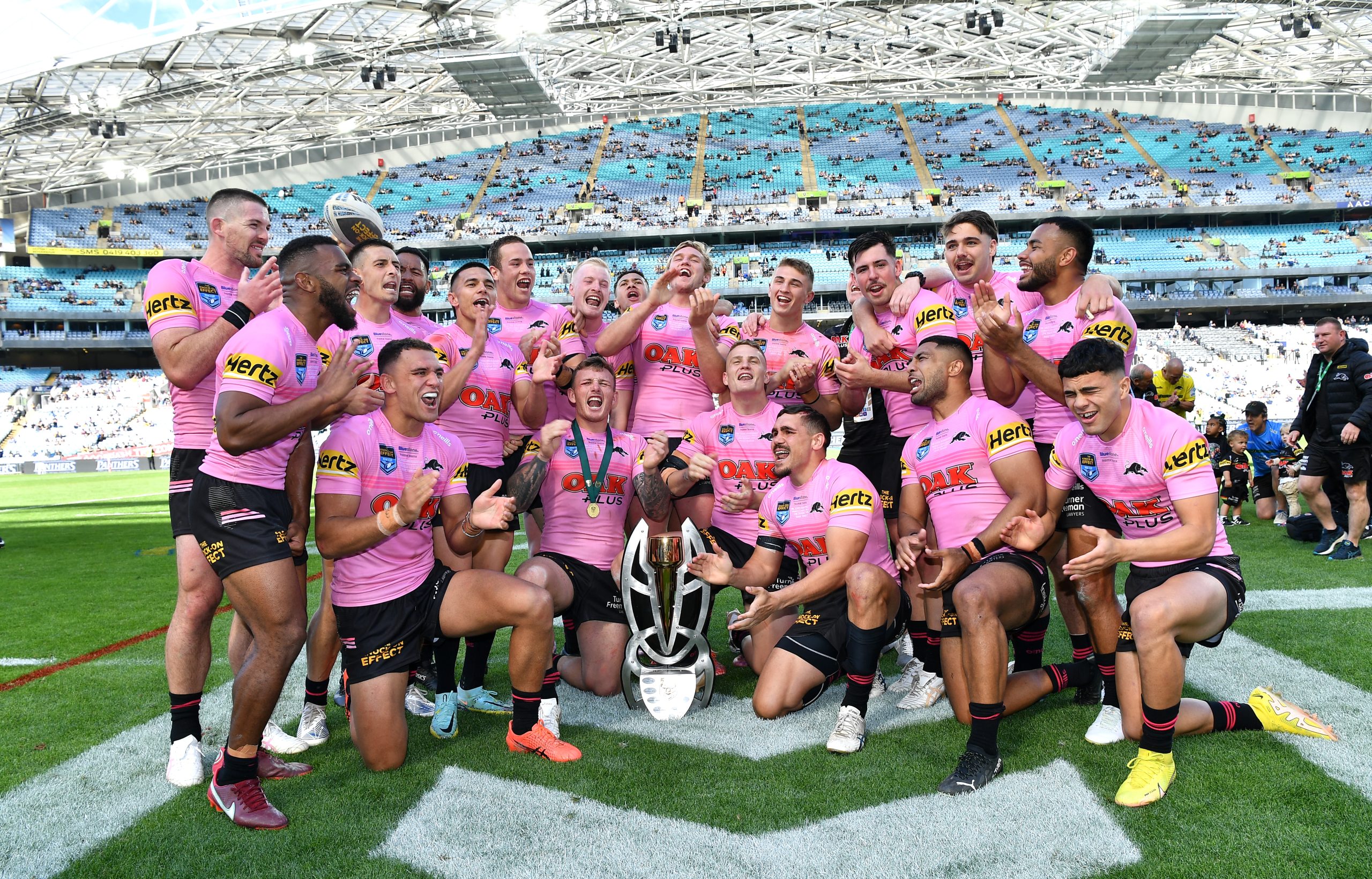 Exciting youngster Sunia Turuva and veteran prop Matt Eisenhuth have led the Panthers to a convincing 44-10 win over Norths Devils in the NRL State Championship at Accor Stadium.

Turuva ran for 277 metres and had 12 tackle breaks while Eisenhuth racked up 174 metres and had a try assist as the Panthers won the State Championship for the second time.

Captain J’maine Hopgood was also a standout for Penrith, claiming the man of the match award on the back of two tries and 203 running metres.

The Panthers looked to have opened the scoring in the fifth minute when Turuva picked up the scraps and plunged over after the Devils had made a mess of a high ball but the winger was ruled to have pushed one of the catchers in the contest and the try was disallowed.

Three minutes later the NSW Cup champions had the lead wen Soni Luke put in a clever grubber kick out of dummy half and Hopgood followed it through to score. Kurt Falls’ conversion made it 6-0.

Jacob Gagan had a chance to hit back for the Devils in the 28th minute but dropped the ball over the line and a minute later the Panthers had their second when Soni Luke exploded out of dummy half from 10 metres out, threw a couple of dummies and plunged over under the sticks.

Eisenhuth then took the ball to the line and delivered a perfectly timed pass for Eddie Blacker to score and the Panthers were out to an 18-0 lead.

Six minutes into the second half the Panthers extended their lead when John Faiumu poured into a hole to make it 22-0.

Luke showed his smarts out of dummy half again two minutes later to put Robert Jennings in for his 10th try of the season as the Panthers started to exert their superiority.

The Panthers went down to 12 men in the 61st minute when Luke was sin binned and after defending a set on their own line they stormed to the other end of the field and Luke Sommerton showed nice deception to cross for the sixth try of the day. Falls converted for 32-0.

Devils centre Tony Tumusa grabbed his team’s opening try in the 65th minute when second-rower Leivaha Pulu produced a clever betwen the legs pass to put him into space.

Luke made his mark immediately upon his return from the sin bin, putting in a neat grubber kick which Hopgood regathered to score his second try of the day.

Halfback Jack Ahearn capped a fine game when he put winger Rashaun Denny over for a late try with a superb cut-out pass. Connor Broadhurst’s conversion made it 38-10.

Turuva then put the icing on a brilliant performance when he crossed wide out and Faiumu kicked the first goal of his career to make the final score 44-10.