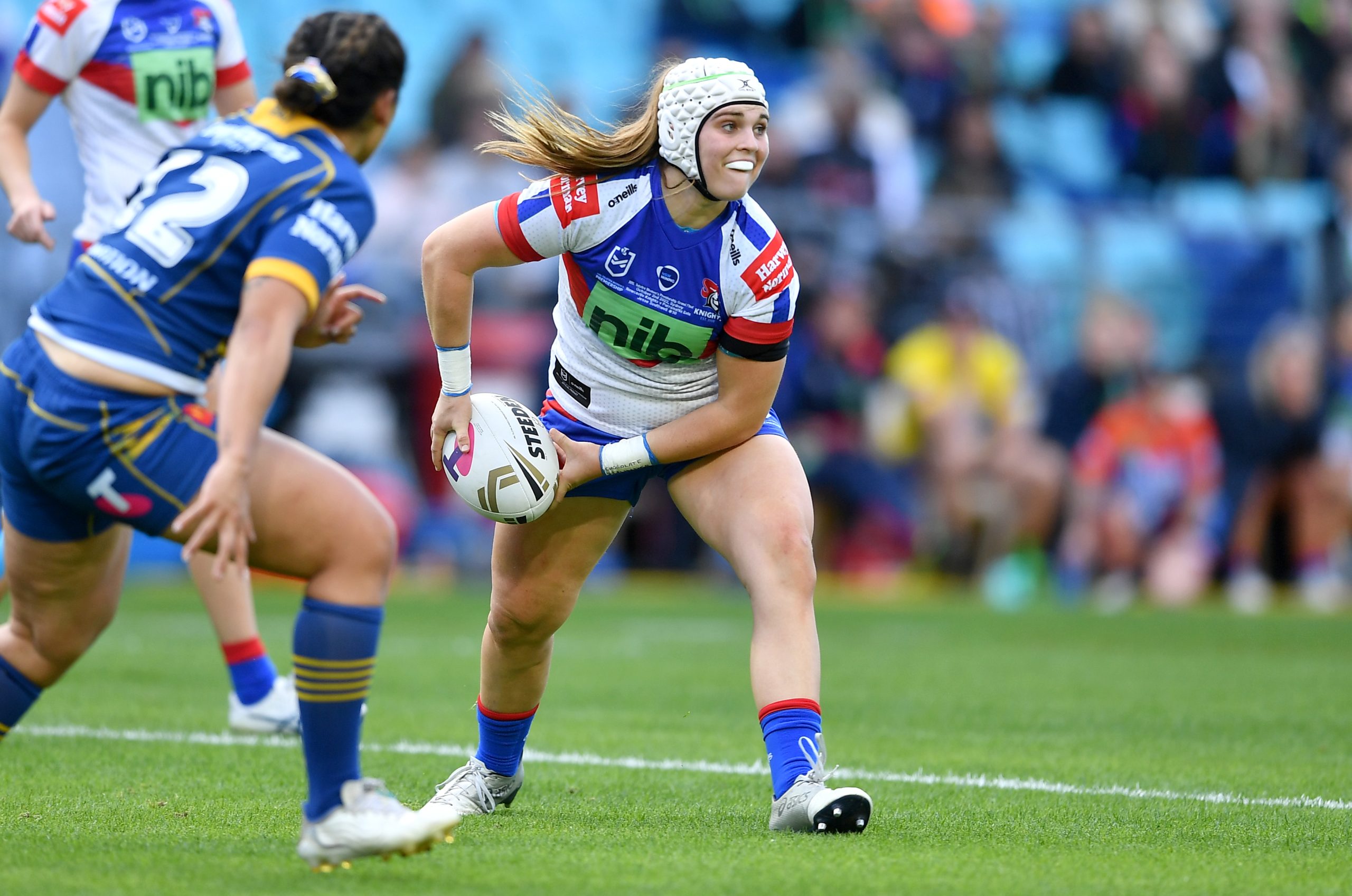 The Newcastle Knights made NRLW history at Accor Stadium on Sunday afternoon when they claimed their maiden premiership with a convincing 32-12 win over the Eels in the 2022 season decider.

Dally M rookie of the year Jesse Southwell led Newcastle’s slick attack, barnstorming prop Millie Boyle ran 271 metres and fullback Tamika Upton scored a try and ran for 181 metres on her way to collecting the Karyn Murphy Medal as player of the match.

In front of 42,921 fans in Homebush, it was the Eels who kicked off proceedings after a closely contested opening, when hooker Brooke Anderson scooted from dummy half and stepped inside Boyle to cross the stripe in the 12th minute of the match.

After Tayla Preston shook off an early elbow injury, the rookie playmaker converted to make it 6-0.

Come the 17th minute and Takairangi made amends when she finished off some sharp footwork from Upton to score in the right hand corner. Kirra Dibb’s sideline kick was wide and the Eels still held a two point lead.

Three minutes later and the Knights looked to be flipping the script when Knight’s other winger Emmanita Paki finished off a slick right side raid. Another wide conversion from Dibb left the score 8-6.

With eight minutes remaining in the half, the Knights went further ahead when 17-year-old Southwell put the ball on a platter for back-rower Romy Teitzel to score and Newcastle had a 14-6 lead with Dibb finding her range after two early misses.

Newcastle’s response in the second half was immediate and brilliant to watch, when Tamika Upton stepped outside Preston to cross the stripe to put her side out to an 18-6 lead and become the NRLW’s leading try scorer.

But in another twist of the tale – it was Eels skipper Simaima Taufa who took advantage of the Knights’ turned backs and off a quick tap, darted her way to score under the posts. Preston took the conversion from in front to reduce the margin to six points at 18-12.

But the Knights ran away with the lead when Takairangi finished off a right-said raid to bring the score 22-12.

Southwell then put the icing on a brilliant performance when she crossed to score her second ever NRLW try.