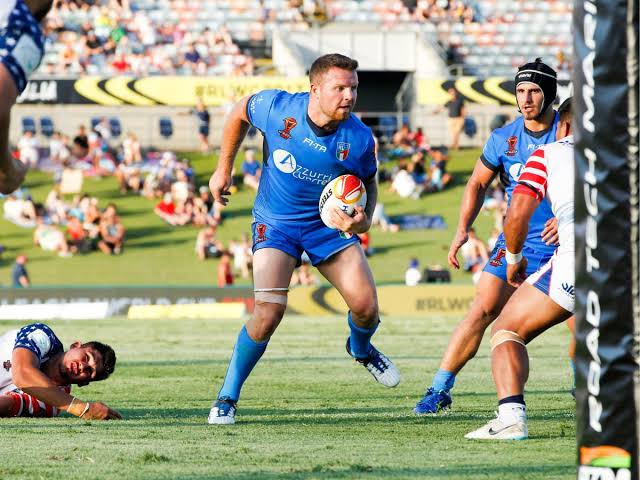 Brown to lead the way for Italy at the World Cup

After being recalled from the wilderness to play in the NRL grand final for Parramatta, Nathan Brown now finds himself set to lead Italy into the World Cup.

Brown, who was unable to get a run in the Eels side for 12 months before his surprise call up for the premiership decider, is the most experienced player in the Italy squad announced on Friday.

The firebrand forward will be joined by Melbourne Storm playmaker Cooper Johns, the son of Matthew Johns, and a host of players from the lower tiers of the NRL and Super League or Jersey Flegg level.

Among them are Penrith prop Alec Susino, who helped the Panthers to victory over the Bulldogs in the NSW Cup grand final, Parramatta forwards Luca Moretti and Jack Colovatti, Cronulla centre Kyle Pickering and South Sydney five-eighth Jack Campagnolo.

Brown, who has played two Origins, is one of seven survivors from the 2017 World Cup campaign, which included James Tedesco, who is set to be the Australian captain, and his former NSW team-mates Paul Vaughan.

Italy will open their World Cup campaign against Scotland at Newcastle’s Kingston Park on October 16 before meeting Fiji at the same venue six days later and Australia at St Helens on October 29.