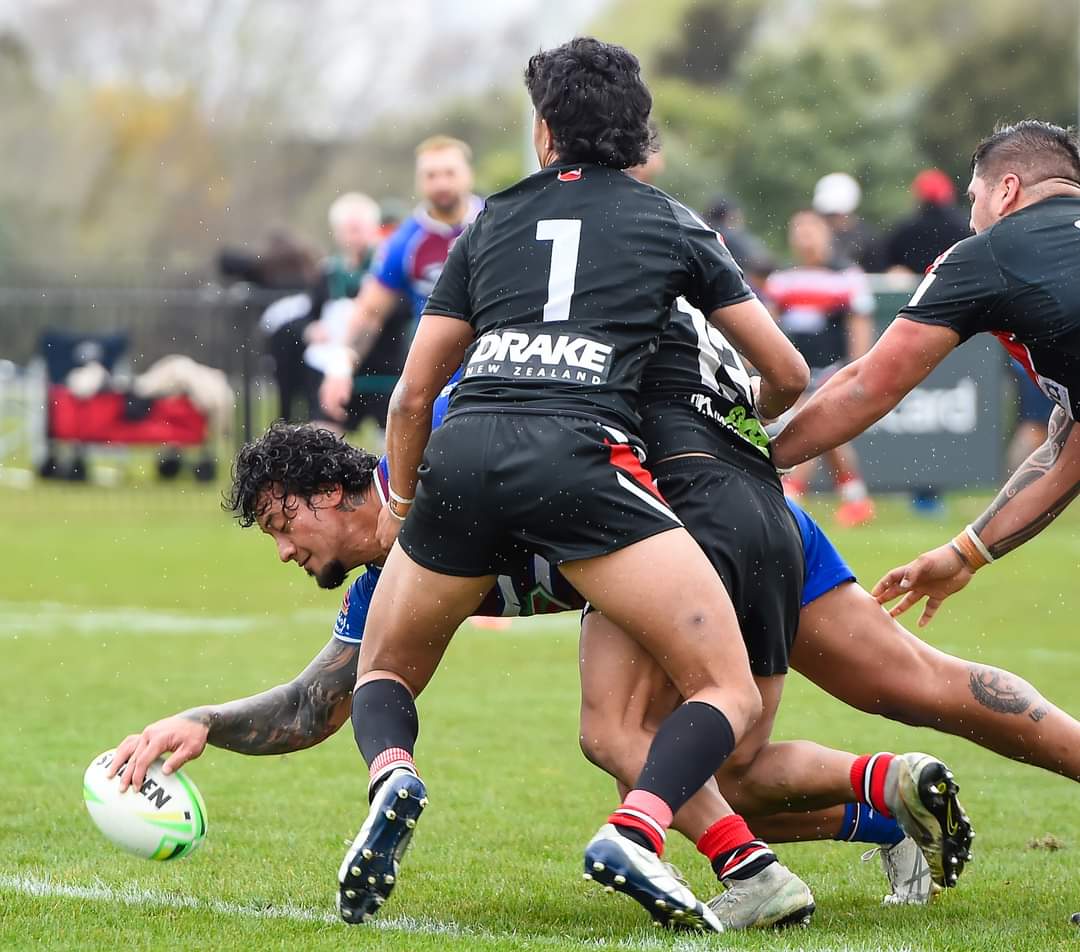 The Falcons scored five tries in each half and adapted superbly to the wet and windy conditions to carve out an impressive victory. The Bulls’ effort could not be faulted, but execution proved diffcult amid the downpour and they were frequently bamboozled by the home team’s short kicking game.

The Bulls came out of the blocks impressively on the back of an early 40/20, with co-captain Danny Sameulu-Latu – a second-row standout throughout the competition – losing the ball as he reached out for the try-line.

Canterbury had the better of territory in a fiery opening 10 minutes, but Akarana scored under the posts on their first visit into the opposition 20 through hulking forward Brody Tamarua.

Akarana crossed again two minutes before the break with Leger the architect – setting Canterbury a near-impossible comeback task in the second stanza.

With water pooling up across the paddock, the visitors pounded the Falcons’ line in the early stages after the break – but again it was the hosts taking their opportunities, Leger pouncing on an Ackland kick the Bulls failed to clean up.

Eti Collins put the Bulls on the board in the 57th minute, showing tremendous strength to get the ball down in the corner after slick work on the inside from Cyrus Timo-Latu, Samuelu-Latu and Jimmy Wihongi for a 28-4 scoreline.

But the Bulls were unable to maintain that momentum, conceding four tries in the last 20 minutes. Fittingly, the mercurial Leger latched onto another Ackland kick in the dying stages.