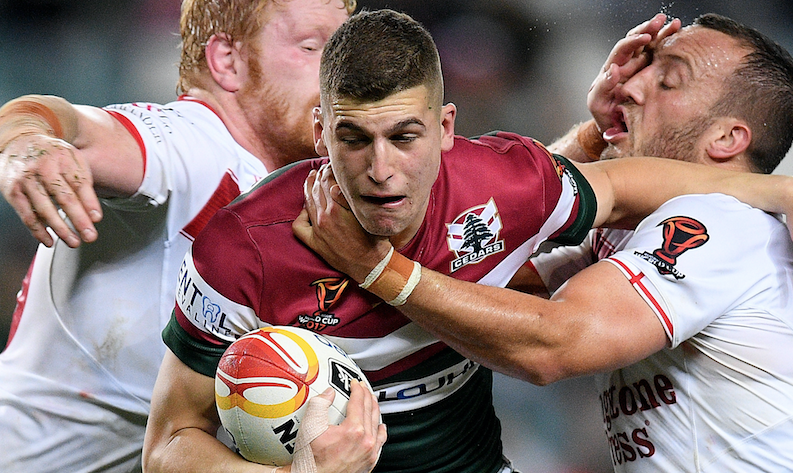 The Lebanon Cedars have officially announced a 24 man squad for their RLWC Campaign in England that begins with a warm up match against Wales at Heywood Road Stadium on the 8th of October.

Lead by Head Coach Michael Cheika and assisted by a host of veteran ex NRL Players and current NRL Assistant coaches in Matt King, Robbie Farah, Jake Friend and Michael Habib, the Cedars have selected a strong lineup lead by a host of NRL Talent in 2022 Grand Finalist Mitchell Moses of the Parramatta Eels, ace playmaker Adam Doueihi from the Wests Tigers, boom outside back Jacob Kiraz of the Canterbury Bankstown Bulldogs, veteran representative Josh Mansour from the South Sydney Rabbitohs and back rower James Roumanos from the Manly Sea Eagles.

The rest of the squad is filled with a combination of NSW Cup talent featuring NSW Cup Grand Finalist Khaled Rajab from the Bulldogs, Brad Morkos from the Canberra Raiders aswell as Abbas Miski from the Wigan Warriors in the Super League. The squad will also feature 2x Domestic League players from Lebanon in Toufic El Hajj and Robin Hachache.

“To be able to coach my country of heritage is a great opportunity and a huge honour for myself personally. It’s a challenge that I’m looking forward to it and I just can’t wait to get there and put into practice what the boys have been working on behind the scenes now for weeks.” Michael Cheika said as his squad prepare to leave for England on Monday the 3rd of October.

Lebanon have been placed in Group D and will face New Zealand, Ireland and Jamaica with an aim to finish in the top 2 to guarantee automatic qualification for the Rugby League World Cup in France in 2025.