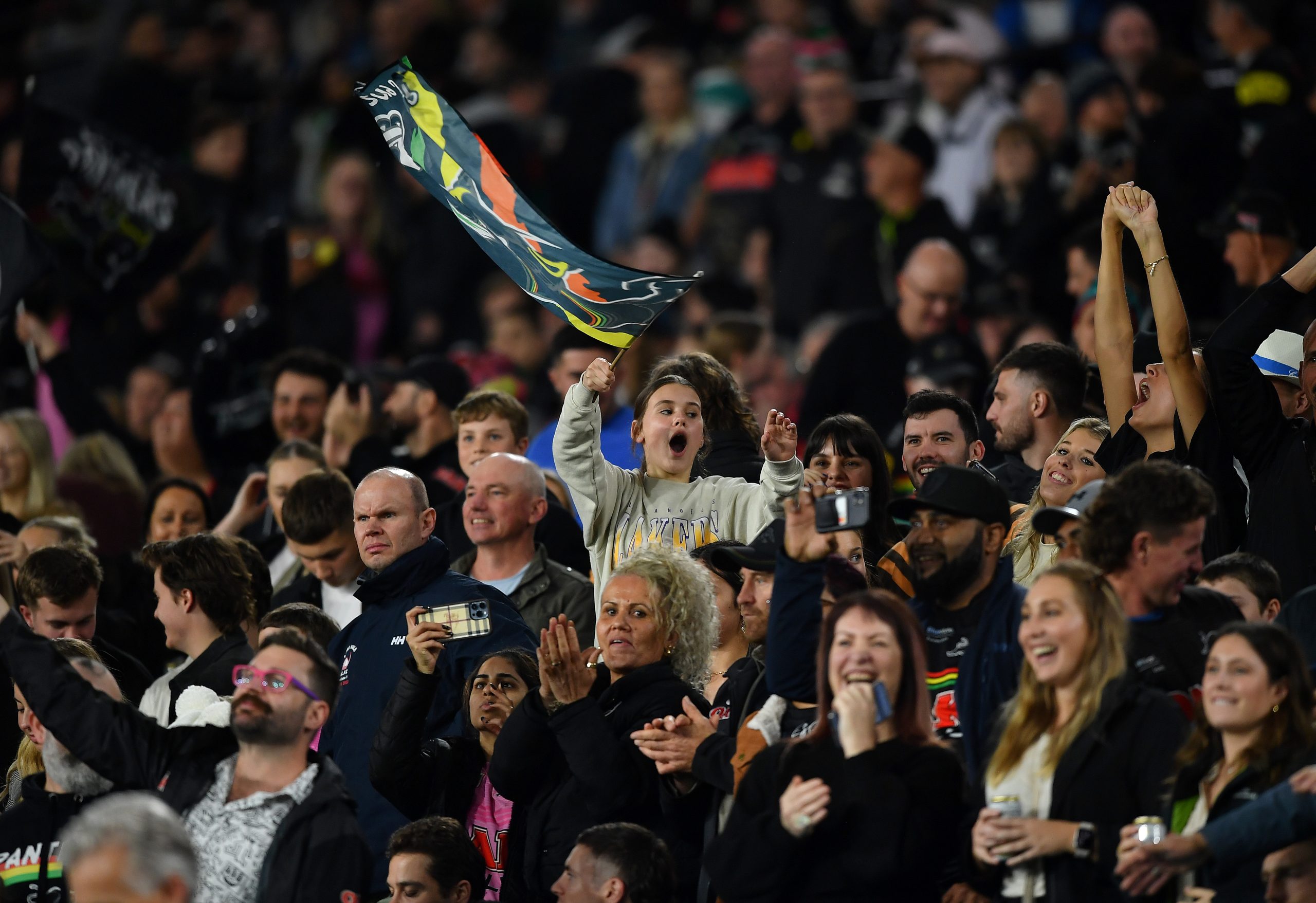 The last tickets were sold shortly after the final General Public allocation was released this morning.

With the matches now sold out, both Parramatta Eels and Penrith Panthers will host live sites for members and fans who missed out on tickets to Grand Final day.

“The Grand final teams represent the beating heart of rugby league. Clubs that represent modern day Australia. Confident, vibrant and growing communities. Heartland areas that have more kids picking up a football for the first time than ever before” NRL CEO Andrew Abdo said.

The demand for tickets has been overwhelming. I would like to thank rugby league fans for their loyalty and support.

NRL CEO Andrew Abdo
“There is much to look forward to this Sunday – a traditional rivalry that has never been played on the NRL Grand Final stage before and an NRLW Grand Final between two teams in just their second Premiership seasons. History will be made.

“We are delighted that Clubs will be celebrating community based live sites for fans.”

Fans are encouraged to plan ahead, arrive early and enjoy the NRL State Championship Grand Final between Penrith Panthers and Norths Devils at 1.20pm, the NRL Women’s Telstra Premiership Grand Final at 3.55pm as well as local venues, pubs, restaurants and local parklands.

The NRLW Grand Final will also be honoured with its own Pre-Game show as powerhouse soul and blues vocalist, Mahalia Barnes, Western Sydney’s new queen of hip-hop and RnB, A.GIRL, and Emma Donovan team up to deliver a re-imagining of iconic Aussie classic, “The Real Thing”.

The NRL Grand Final Pre-Game Show will be headlined by the heart and soul of Australian rock and roll, Jimmy Barnes with friends including ARIA-winning singer-songwriters, the mighty Diesel and special guest Josh Teskey, alongside award-winning Indigenous singer-songwriter Emma Donovan.

Parramatta Eels and Penrith Panthers will be holding exclusive Live Site Events for Club Members who have missed out on securing a ticket to the NRL Telstra Premiership Grand Final.

NRL Fan Fest will also launch tomorrow (Wednesday) in Martin Place, and operate until Friday between 9.00am and 4.30pm each day. The NRL teams will feature at 12.00pm on Thursday and NRLW teams at 12.00pm on Friday. There will be several activations and give-aways for fans.