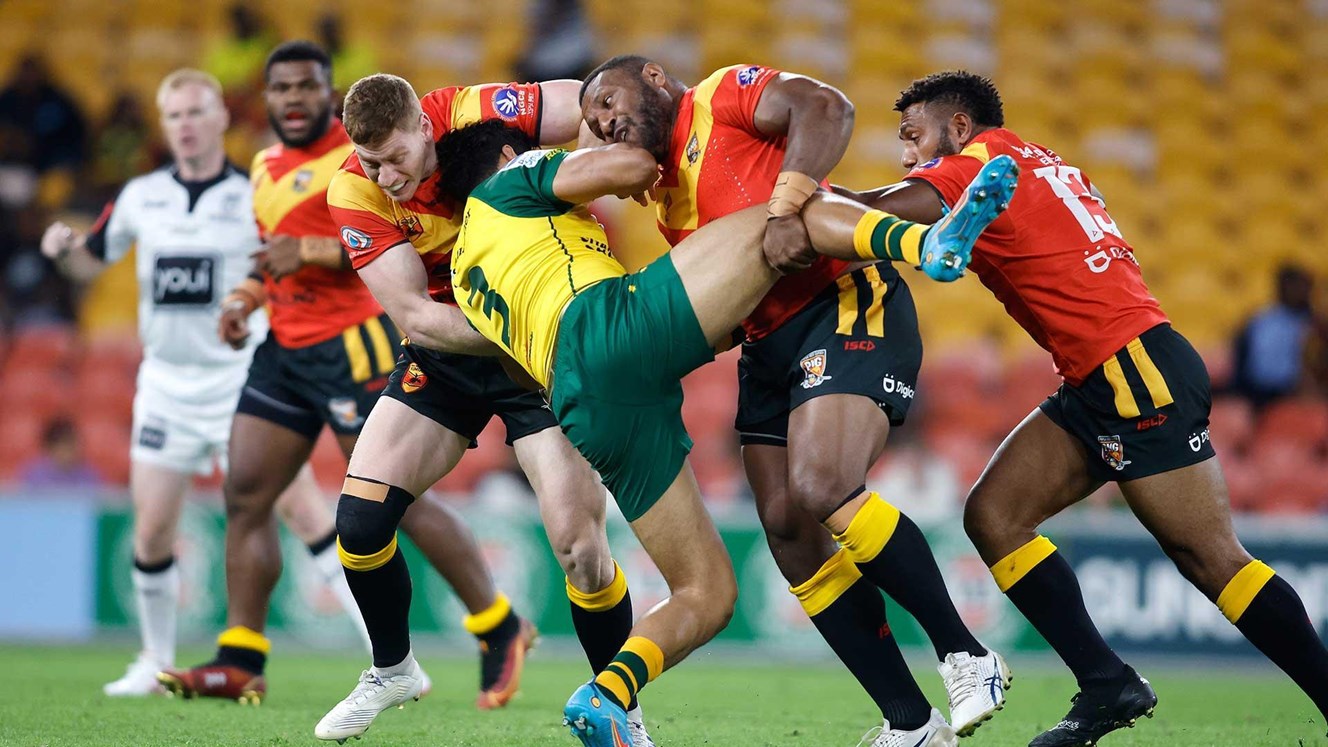 The Australian Government announced on Sunday that it will be partnering with the Queensland Rugby League (QRL), to expand its support for high performance rugby league in Papua New Guinea.

Sunday’s event at Brisbane’s Suncorp Stadium is an opportunity to celebrate Australia and Papua New Guinea’s shared passion for sport and culture as we support our respective men’s and women’s teams.

Australia’s new support worth $2.275 million, to be delivered through the PacificAus Sports program, will implement a high performance strategy, driven by the PNG Rugby Football League (PNGFRL) to deliver on four key objectives:

1. To improve preparation and support for the PNG Orchids (women’s) and Kumuls (men’s) national teams and cultivate their high performance pathways.

2. To enhance opportunities for female players in the high performance rugby league system.

The high performance strategy supports the broader PNGRFL corporate vision to be one of the top five nations in the rugby league world.

The Australian Government invests $15.5 million per year in the PacificAus Sports program, which develops elite sports pathways for Pacific teams and athletes to compete in Australia and internationally, and to increase Australia’s sports engagement in the Pacific.

Attributable to Minister for International Development and the Pacific, Pat Conroy:

“Australia is a steadfast partner and friend to Papua New Guinea, our closest neighbour. We are bound by rich historical ties, shared values and our love for rugby league, which has been a binding force in our relationship for over a half a century.”

“The Australian Government has supported rugby league in PNG since 2013 through the community driven League Bilong Laif program. This new investment extends our support to the high performance level for both men and women.”

“Between Queenslanders and our close neighbours to the north – you’ll never find two groups of people who love their rugby league more.”

“This is a perfect partnership in assisting the next generation of Orchids and Kumuls reach their potential.”

“We are proud to continue our partnership with PacificAus Sports to grow and support rugby league in Papua New Guinea.”

“The PNG Hunters have been part of the Queensland Cup since 2014 and enrich our competition with their athleticism, skill and love for the game. We hope this expanded partnership will pave the way for more PNG women’s and youth teams to play in QRL competitions.”