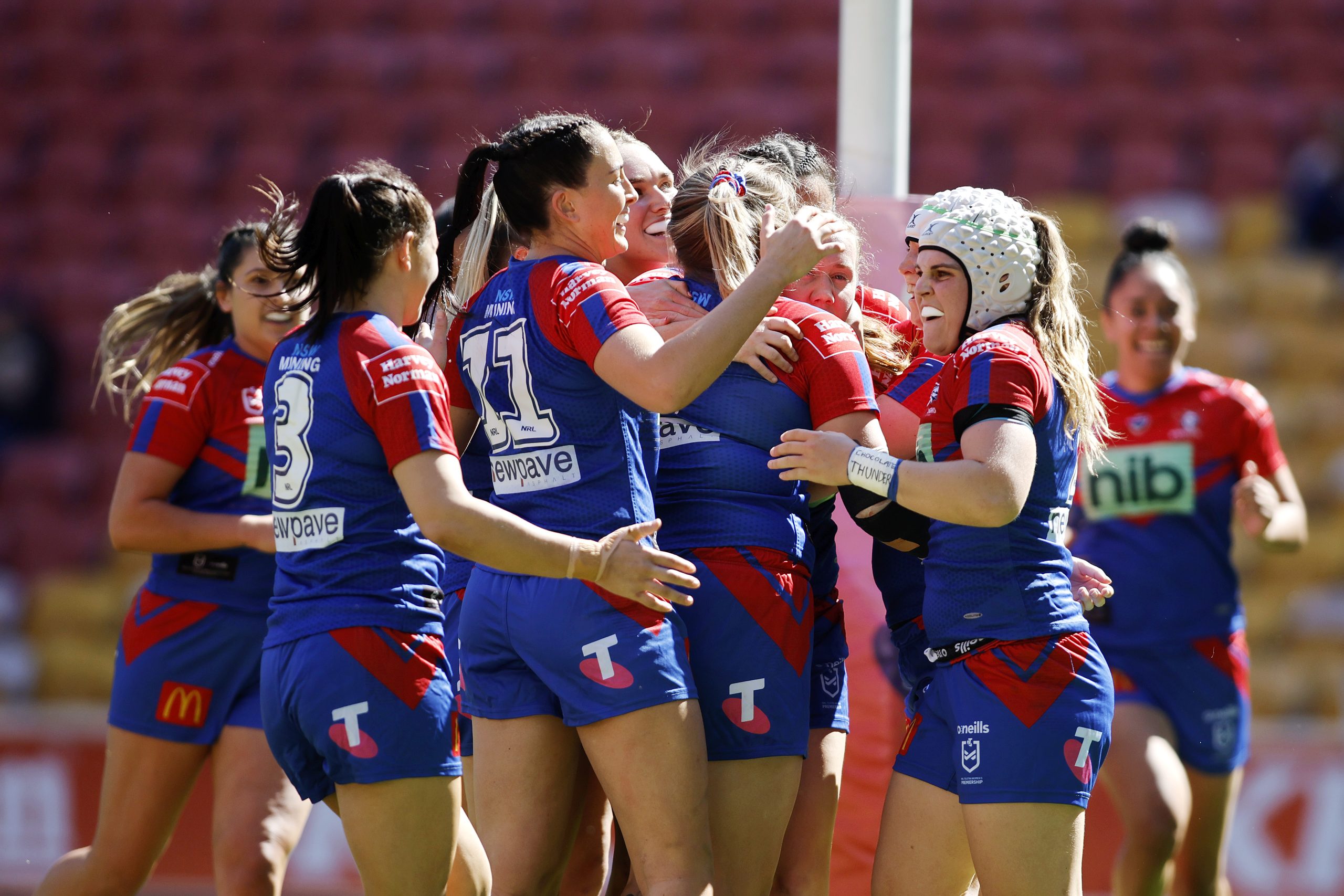 The Newcastle Knights have capped off a remarkable turnaround season, stunning the Dragons 30-6 and booking a spot in the 2022 Telstra Women’s Premiership Grand Final.

After failing to win a game in their inaugural season earlier this year, the new-look Knights stood up with stoic defence at Suncorp Stadium on Sunday, staking their claim as certified premiership contenders.

A double for fullback Tamika Upton provided the spark for the Knights while the forward combination of Millie Boyle and Caitlan Johnston laid the platform in both attack and defence for the girls in red and blue.

The Knights opened the scoring in the fifth minute when returning fullback Upton powered over the line to score, putting to bed any doubts of injury concerns.

Four minutes later Newcastle went further ahead when Boyle barged over several Dragons defenders to cross the stripe and extend the lead 12-0.

But the Dragons hit back in the 12th minute when a misguided Newcastle pass coming out of yardage was intercepted by St George speedster Teagan Berry who ran 20 metres to score and reduce the deficit 12-6.

Two minutes before half time it was Newcastle five-eighth Kira Dibb who spotted a hole in the Red V’s defensive line and scooted from dummy half to score her first try in red and blue and bring the scoreline 18-6 at the break.

The second half saw the Dragons’ handed repeated attacking sets on their goal line but the Knights’ desperate defence repeatedly turned the Red V away despite their greater share of possession and field position.