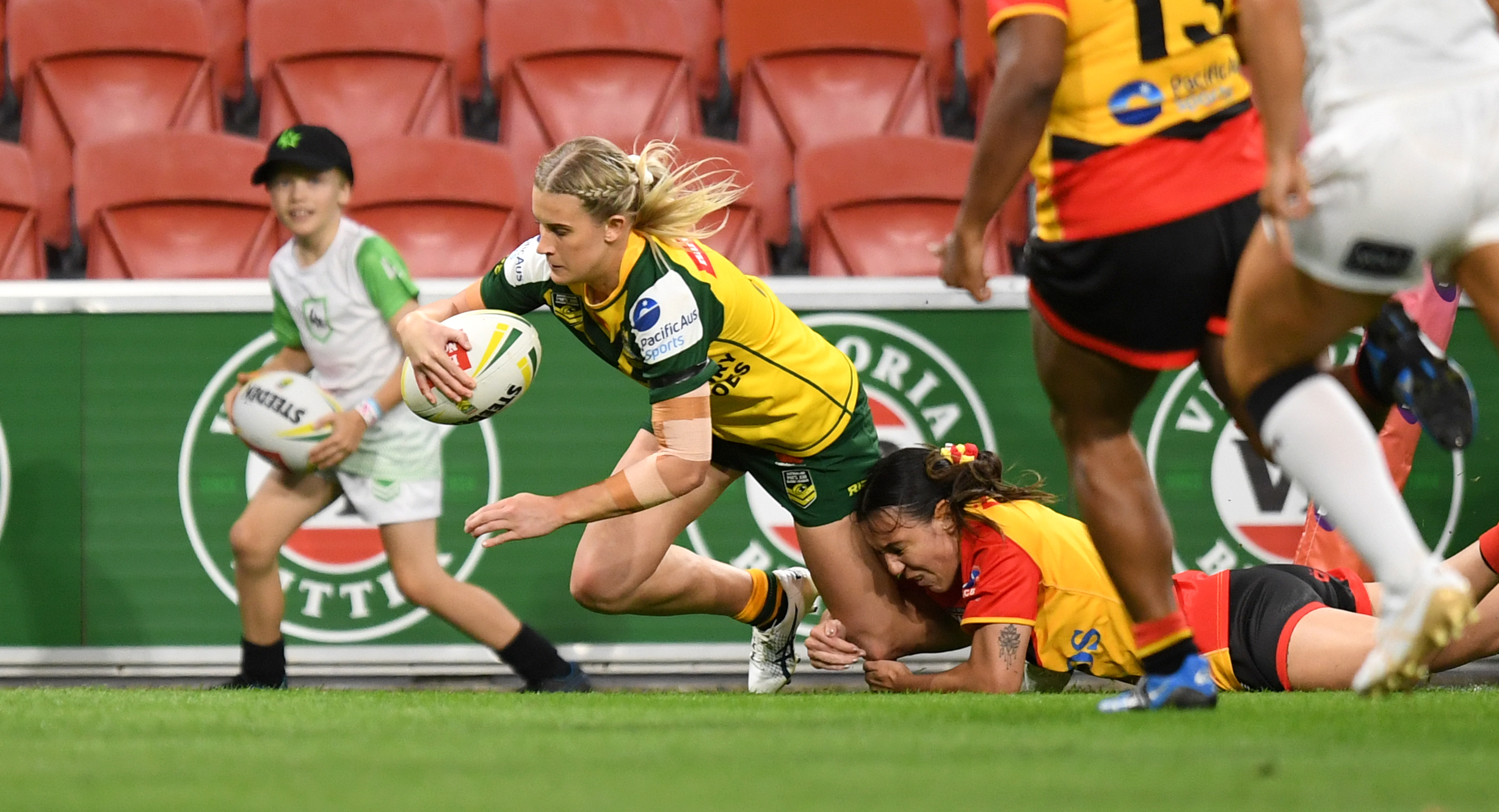 Playing at Suncorp Stadium, the home ground of their NRLW side the Broncos, the pair ran riot on opposing edges, with Ciesiolka scoring a hat-trick in a classy display and Chapman laying on three try assists in addition to making two line breaks of her own.

Both players also ran for over 100 metres, while Titans forward Zara Canfield was another to impress, with the 21-year-old running for 126 metres off just 10 carries and scoring the final try to cap off a fine showing.

The hosts enjoyed 64 percent of the possession and broke 62 tackles in the win, with nine of their 20-strong squad getting over for four-pointers.

The Australian PM’s XIII Women dominated the first half and took a 32-0 lead to the break and led 52-0 with 15 minutes to go, at which point a brilliant solo effort from Joanne Lagona garnered one of the biggest cheers of the night as she put PNG PM’s XIII Women on the board.