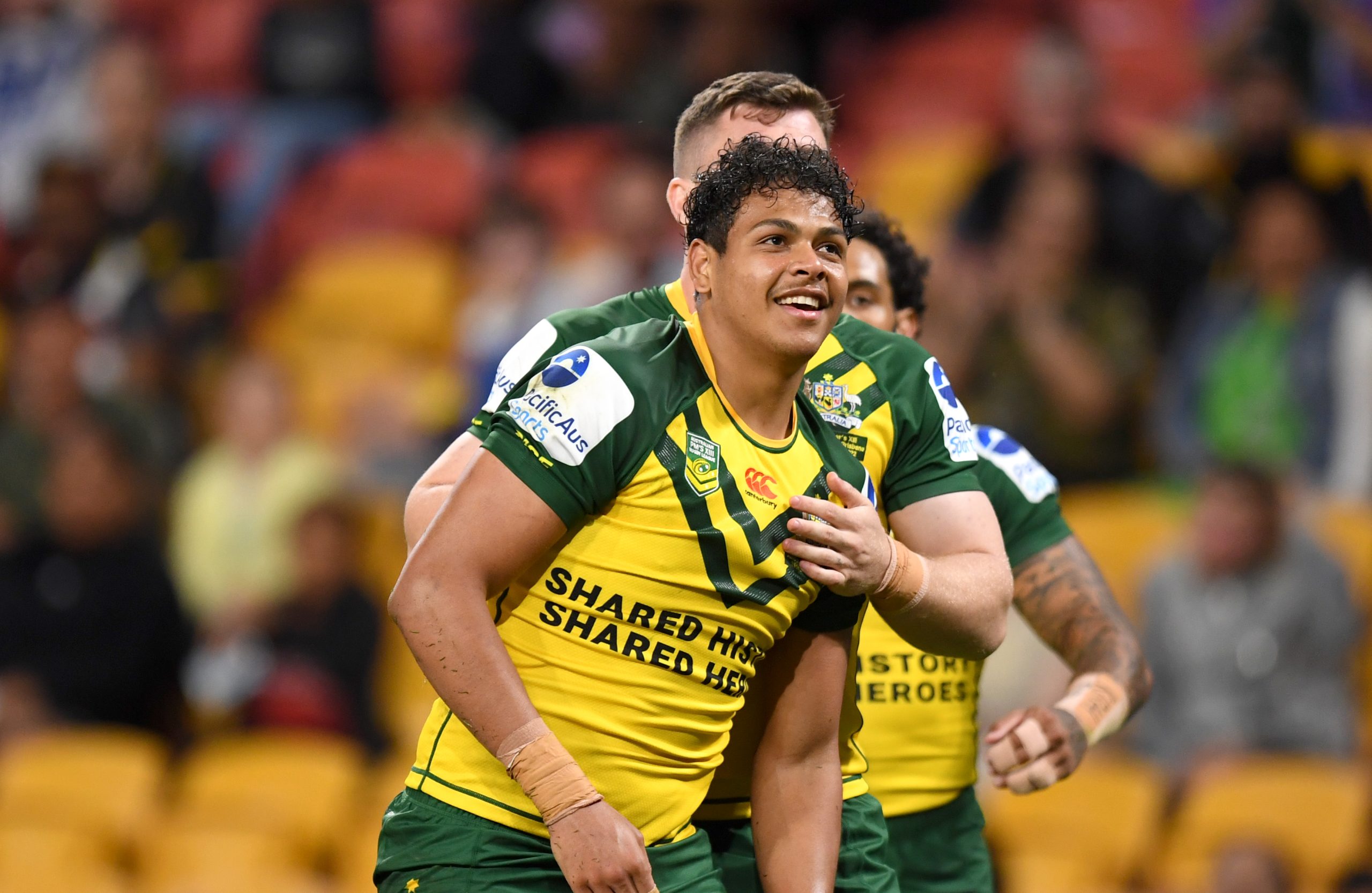 The Australian Prime Minister’s XIII Men’s side proved far too in the end, but had to work hard at times for their 64-14 victory over their Papua New Guinea counterparts on Sunday night.

Matt Burton and Selwyn Cobbo both scored doubles in a game which saw 10 different members of the Australian PM’s XIII Men score tries.

While they couldn’t match the skill and execution of their opponents at Suncorp Stadium, the Papua New Guinea Prime Minister’s XIII Men fought valiantly and finished the game with an 87 percent completion rate.

Much of the damage inflicted by the hosts was done inside the opening 35 minutes, a period in which they scored seven tries, which became 38 points thanks to the accurate boot of Zac Lomax.

Twenty four hours after the man most likely to rival him for the Kangaroos’ No.7 jersey, Nathan Cleary, guided his side to the Telstra Premiership Grand Final, Daly Cherry-Evans showed his class setting up a pair of tries and kicking well in general play.

Another performance likely to have pleased coach Mal Meninga was that of Titans big man Tino Fa’asuamaleaui, who all-but secured his plane ticket to England with an energetic showing that included.

Among the first-half highlights was a powerful four-pointer from Cobbo, and a classy hit back from the PNG PM’s XIII Men, who got on the board after a looping cut-out pass from one-time Cowboys half Kyle Laybutt sent Edene Gebbie over for a try in the corner.

Down 38-0 at one stage, the visiting side scored three unanswered tries between the 39th and 54th minute to claw back on the scoreboard.

But a late flurry of points saw the home side run out 50-point winners.