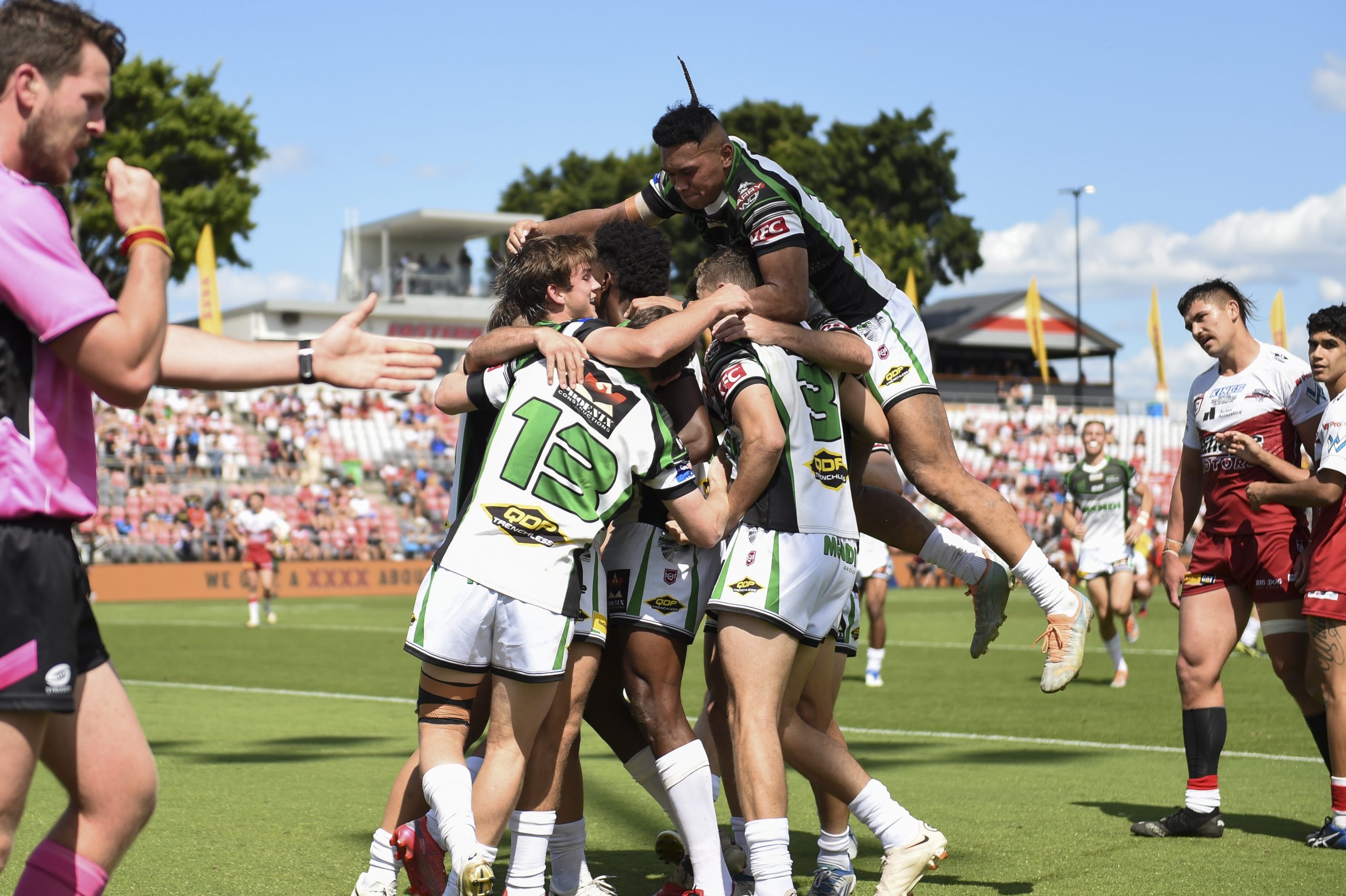 The Townsville Blackhawks came out firing against Redcliffe Dolphins in the Hastings Deering Colts decider, and kept tries coming to claim a 46-32 victory.

The Blackhawks were last year at the wrong end of an extra time epic, going down 17-16 to Wynnum Manly Seagulls in the 87th minute of the match.

They did not want that to happen again.

The Blackhawks, despite a solid performance by the Dolphins, proved too good this year with one hat-trick and two doubles among their try count.

Blackhawks coach Steve Sheppard said he was proud of his side.

“The boys have put a big effort in all year, so it’s a really good reward for them.”

Sheppard said he was particularly impressed with hooker Jai Hansen.

“He saved two or three tries… he was really good,” Sheppard said, adding he was very happy with the entire side.

Hastings Deering Colts player of the match Jacob Mene, who scored a hat-trick for the Blackhawks, thanked his team, his family and the crowd for spurring them on.

It was the Dolphins who were first to cross in the high-scoring encounter, with winger Marcus Spence crossing in the fifth minute.

Swift passing across the field saw Dolphins centre Jack Aiken cross out wide for the second try of the day.

Exciting Blackhawks winger Jacob Mene was next to score, getting his side on the board, and Dylan White converted to take the score to 10-6.

An impressive step from White saw him cross for the Blackhawks’ second try, and he converted to put the Blackhawks in front for the first time in the game.

Mene, with a superb jump into the air, gathered the ball and scored for his second try on the game, 24 minutes in.

Fellow Blackhawks winger Ragarive Wavik crossed for his first of the day in the 32nd minute, taking the score to 20-10.

White kicked a penalty goal just before half-time, to send the Blackhawks to the break up 22-10.

The second half started with a bang with Dolphins winger William Dobson crossing to a roaring crowd.

Not to be outdone, Blackhawks fullback White crossed for his second try two minutes later.

An intercept on the 10-metre line saw Wavik run the length of the field and score his second try of the day.

Dolphins prop Demitric Sifakula was next to score during the high-scoring game, followed by teammate Bailey Morgan, bringing to Dolphins within 12 points of the Blackhawks.

On a roll, the Dolphins crossed again, with Taniela Otukolo getting his first try of the game.

With two minutes to go, dangerous Blackhawks winger Mene claimed his third try of the game and sealed the win for the Blackhawks.