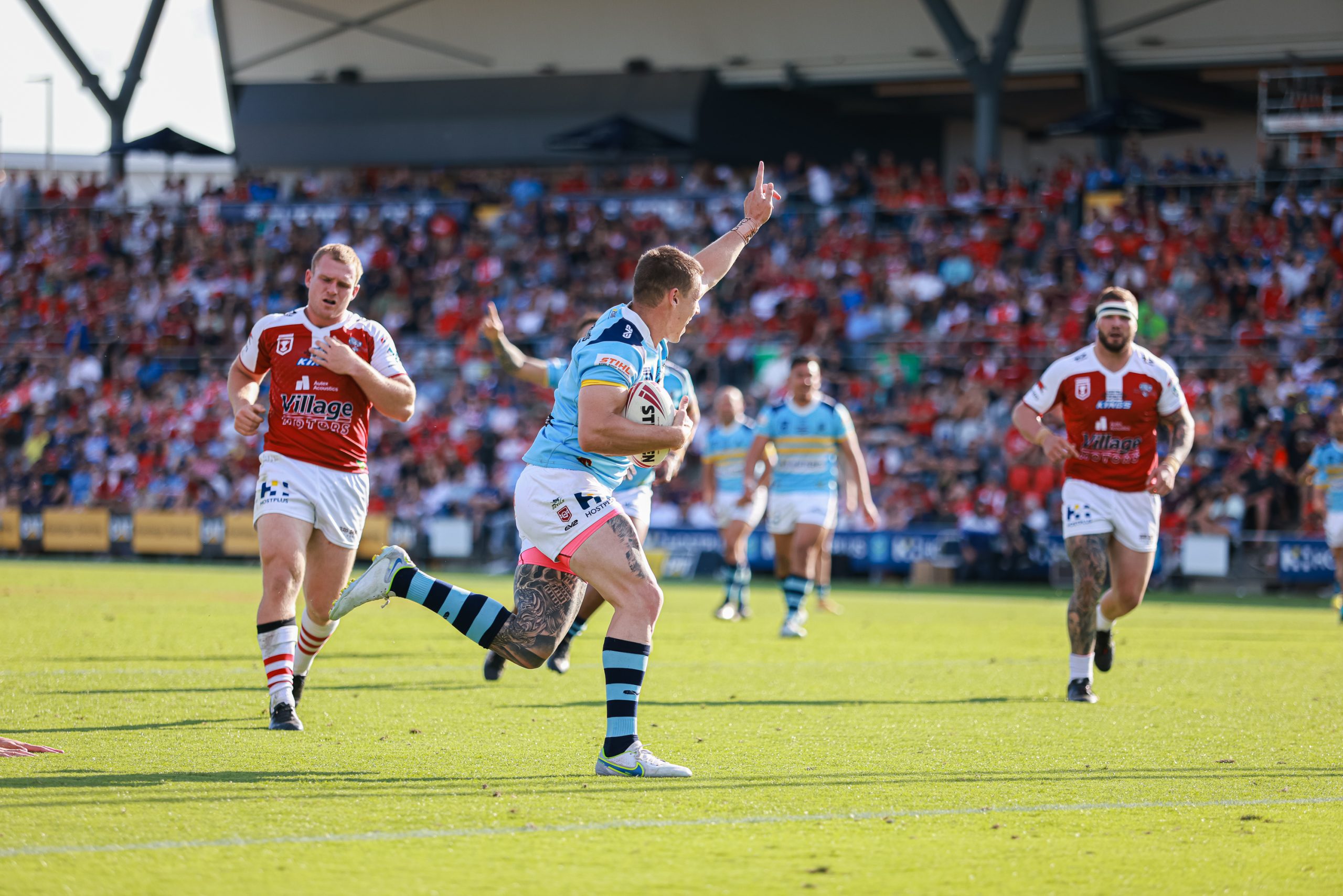 Norths Devils are the 2022 Hostplus Cup champions after claiming this year’s title in a defence-heavy clash at Moreton Daily Stadium.

It was a tough contest throughout, with both sides displaying plenty of defensive grit in a game that finished in dramatic fashion, with the Redcliffe Dolphins fighting all the way, with result in doubt to the final siren.

It is the first time a club has gone back-to-back since Wynnum Manly Seagulls achieved the feat in 2011-2012 under Paul Green.

The Devils didn’t have an easy season, losing a number of players and their premiership-winning coach Rohan Smith mid-season, but they didn’t stop them from pushing for the title.

Duncan Hall Medal winner Jacob Gagan said it was a special feeling to win and that the whole side got behind new co-coaches Ben King and Kev Neighbour to build towards the title.

“It’s unreal, we are back-to-back which is something special, being at this club, it is amazing, we deserved that,” Gagan said.

“That was a tough game, but we knew that if we just grinded it out, we would come away with the win, so credit to all the boys today, everyone really dug deep.

“Nothing has changed all year, they just slotted in and did the job and the boys just got followed them at training and it was just another week for us and we trained hard and came away with the win.

“There was excitement (of course this week), it was grand final week, everyone was upbeat so it showed today.”

The match itself was a tight one with the Dolphins denied tries on a number of occasions.

However, they were the first team to score, with Bryce Donovan slotting a penalty goal mid-way through the first half after try-scoring opportunities proved hard to nail for both sides.

Redcliffe denied the opening try four minutes in by video referee Tim Rutherford, before this year’s Centre of the Year winner Valynce Te Whare was also denied, dropping the ball over the line.

His second row partner Jeremiah Simbiken, who will join him at the NRL Dolphins next season, was the next to miss out, finding out just how strong the goal line defence of the Devils was going to be on grand final day.

The Devils however were the first to cross for a try, with a penalty giving them the chance to set up their try-scoring play, with Tyson Gamble hitting a hard-running Gagan who cut inside and was celebrating the try before he even put the ball down untouched.

The Dolphins thought they were in for their try when Norths spilled a Daejarn Asi bomb, but they were again defined by the video referee for a knock on in the contest for the ball.

At halftime in a tight contest, the Devils were in front 6-2.

The second half was just as tight, with the Dolphins again denied by the video referee ruling after Edward Burns was found to have had his foot over the sideline after he thought he get his side back in the game after streaking down the sideline.

The grand final experience for the Devils then told, and from one side of the field to the other, the Devils were able to score in the opposite corner with Brayden McGrady touching the ball down for the first of his two treis inside the line to extend their lead.

Tyrone Roberts lined up the kick from the far right sideline and nailed the conversion for a 12-2 lead.

After repeated pressure and a huge defensive play where the Dolphins pushed the Devils back into the in-goal to earn themselves a line drop out, Redcliffe were finally awarded a try, with an Asi kick hanging high enough for Setu Tu to collect in the air and put the ball down.

Donovan’s kick hit the far upright for the scores to remain 12-6.

It was then well and truly game on however with just over seven minutes left in the match when a smooth Dolphins backline play found Rocco Berry who passed to Burns who finally got his try after sprinting down the sideline and momentum took him over the line to score.

However, Donovan was unable to land the tough sideline kick and the scores remained at 12-10.

Dolphins nearly went back-to-back down the same sideline, but Burns was again adjudicated to be just out when desperately trying to fling the ball back inside. The pro-Redcliffe crowd had celebrated having not seen the call of the touch judge.

But again, the Devils were able to respond and a Gamble kick found a leaping McGrady who threw over his Go-Go-Gadget arms to seal the deal for the Devils, despite injuring himself in the process.

A dramatic ending ensured, with the match remaining tense until the final minute, with the Dolphins earning a penalty and the Devils getting a player sent to the bin. But Redcliffe could not capitalise, with Norths holding on to claim a 16-12 win.