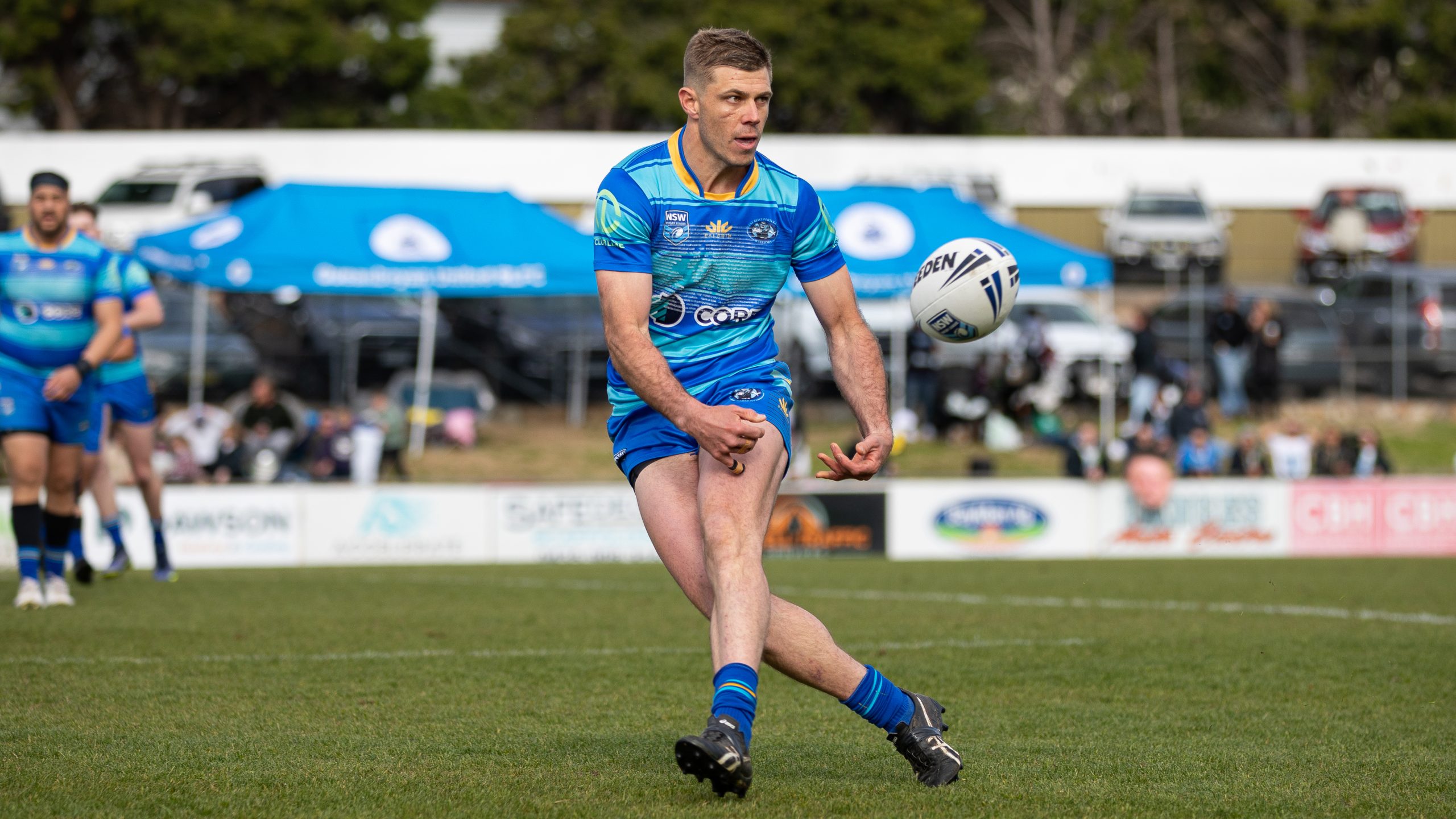 The West Belconnen Warriors have won the 2022 Canberra Raiders Cup grand final over the Queanbeyan Blues 38-24 at Seiffert Oval on Sunday.

It was a classy performance from the minor-premiers whose win never looked in doubt after jumping out to a big lead at half-time.

Meanwhile, it is a disappointing end for the Blues who came into this match confident after back-to-back elimination final wins.

McQueen was awarded man of the match following a terrific performance, capping off a breakout year for the young fullback.

It was a fast start by the minor premiers who took advantage of some very uncharacteristic errors from Parsons, to score the opening try in the third minute.

The loose ball following the knock-on was pounced on by Edwards who opened the scoring for the Warriors in the right corner.

Both teams showed plenty of intent to move the ball and created in the opening ten minutes, but both defences proved too strong.

The Blues came close to scoring twice as they dominated field position but were held up on both occasions.

It would actually be the Warriors who scored the next try after taking advantage in their first attacking set.

It was Peace who scored the try in the 17th minute after a beautiful offload from McQueen made it easy work for the right centre.

The Warriors proved once again that they were gonna capitalise on any opportunity, it was Vanisi who bulldozed his way through the Blues defence before he flicked the ball to McQueen.

McQueen would cross over in the 22nd minute and Roberts nailed the conversion from in front, as the Warriors extended their lead to 16-0.

The Warriors proved just as good in defence as they are in attack, driving the Blues back for a repeat set and forcing Campese to kick it out on the full.

Even luck was with the Warriors, as they would score a fourth try through Brown who picked up a loose ball that hit the post.

Brown would cross over in the 31st minute for the Warriors fourth try of the match, giving them a 22-0.

The Warriors would gift the Blues an attacking set after making an error on the set following the kick-off.

This time it was the Blues who pounced on a loose ball following a Campese grubber kick, as Baker scored Queanbeyans first try in the 34th minute.

Campese would convert his first attempt of the afternoon, limiting their deficit to 14 points.

Both sides had chances to score on the halftime siren but both defences refused to break, giving the Warriors a 22-6 lead heading into the break.

The Blues had to start the second half first to have any chance of starting a comeback and took advantage of a golden opportunity following a penalty but made a crucial error over the try-line.

Nothing was going the Blues way as the Warriors would score off another Queanbeyan error this time it was Peace who pounced on the loose ball in the 45th minute, crossing over for a second try.

Roberts would kick his fourth conversion of the match, extending the Blues lead to 22 points.

Even in defence, the Warriors looked the dominant side, forcing errors as the Blues tried their best to create chances.

It was gonna take something special for the Blues to get back into the match and that is exactly what happened.

Baker would charge down an attacking kick from West Belconnen and run the length of the field to score his second try in the 53rd minute.

Campese would convert from the left sideline, bringing the Blues to within three converted tries.

It was then the other Blues back-rower who produced a great individual play with Middleton running over 50 metres to put the losing side in good field position.

Queanbeyan’s momentum was short-lived as the Warriors would force an error from the Blues winger.

The Blues would keep the comeback hope alive in the 64th minute after scoring a special try. The play had broken down before Campese saw space out wide as Morseu combined with Eldridge to score under the posts.

Campese converted to bring the game within ten but would turn the ball over immediately.

The Warriors answered back immediately after a beautiful short ball from Roberts allowed Middleton to cross over in the 66th minute, extending the lead back to 16 points.

Both side’s attacks started to shine and the Blues would answer back with a short ball of their own, bringing the deficit back to ten points.

It became a see-sawing affair as both teams kept creating chances.

The Warriors would seal the premiership, taking advantage of yet another Blues error.

Peace would secure a hat-trick but an unsuccessful conversion from Roberts would put West Belconnen ahead by 14 with under three minutes remaining.

Queanbeyan had one last chance to keep the game alive but it was McQueen who made a crucial try-saving tackle that would seal premiership glory for West Belconnen.

It was a dominant victory in the end for the Warriors, sealing a 38-24 win in the Canberra Raiders Cup grand final.