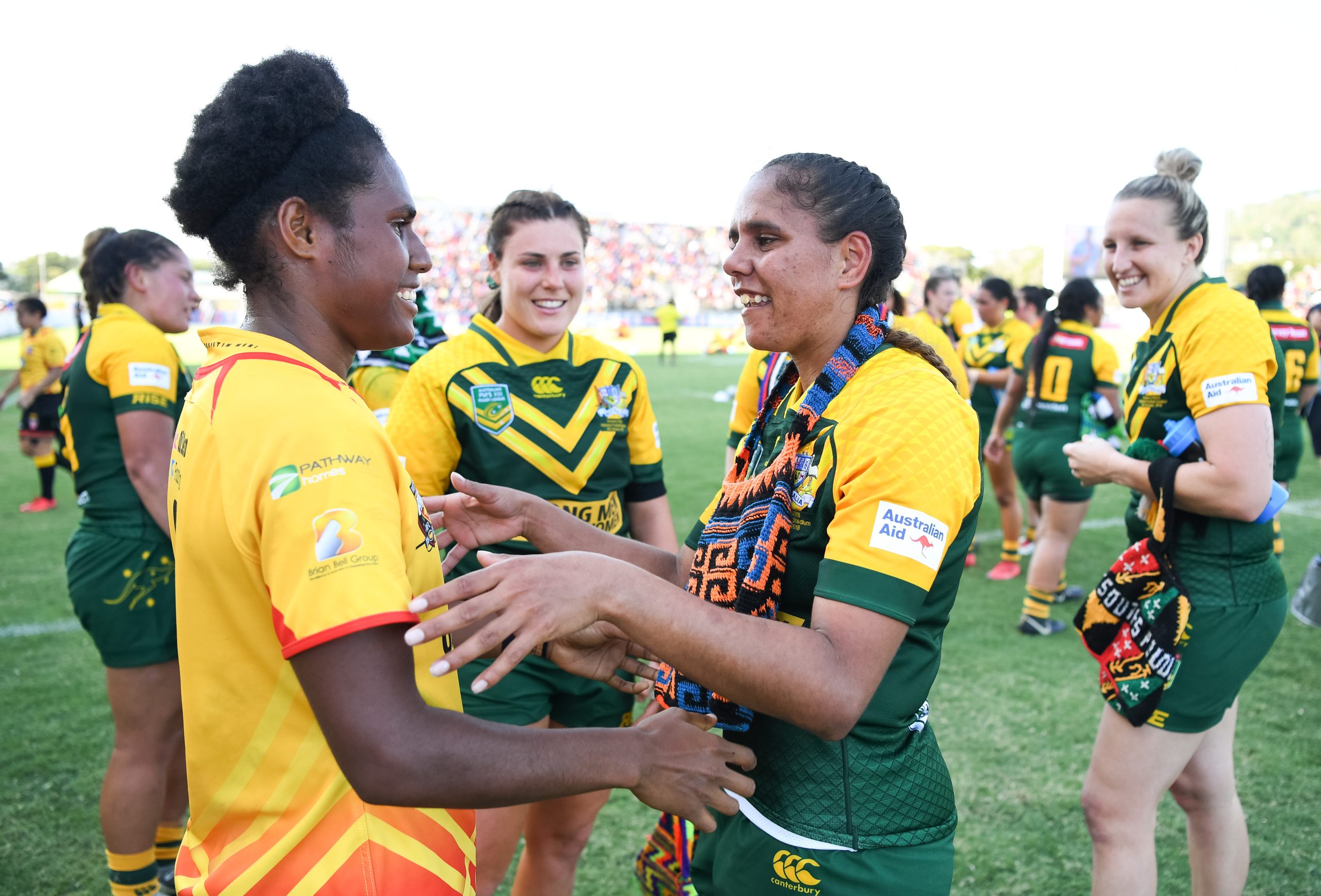 Titans veteran and rugby league legend Steph Hancock will lead the Australian Prime Minister’s XIII side for their clash against PNG at Suncorp Stadium on Sunday.

Eight Titans and eight Broncos players who were knocked out of NRLW finals contention last week have been included in the 20-player squad, ensuring the four-game event will hold plenty of Queensland star power.

Hancock is the equal sixth most capped Jillaroo with 20 Tests to her name while she is also the national side’s leading try-scorer with 13.

The 40-year-old enjoyed another strong personal season for the Titans in her return to rugby league this year with four tries in five games and will be joined by likes of Maroons teammates Karina Brown and Tiana Raftstrand-Smith.

Brown captained the corresponding PM’s XIII side in 2019 and has retained the fullback spot for the match.

The Broncos will have stars Jaime Chapman and Tallisha Harden on show with young gun Jada Ferguson to partner Titan Lauren Brown in the halves.

Jillaroos winger Shakiah Tungai, who scored a hat-trick in the 2018 Prime Minister’s XIII match in PNG, has been included on the extended bench.

Four players have also earned call-ups for the match after recently impressing at the Indigenous Women’s Academy research camp at the Australian Institute of Sport in Canberra.

The match is the first featuring an Australian women’s rugby league side since 2019 after the COVID-19 pandemic interrupted the international schedule.

It will also be a crucial game for World Cup selectors with players on the cusp of selection looking to stake late claims to be picked in the Jillaroos squad next month.

“We have a mix of very experienced players as well as some of our up-and-coming young players who I’m very pleased to see being given this opportunity.”