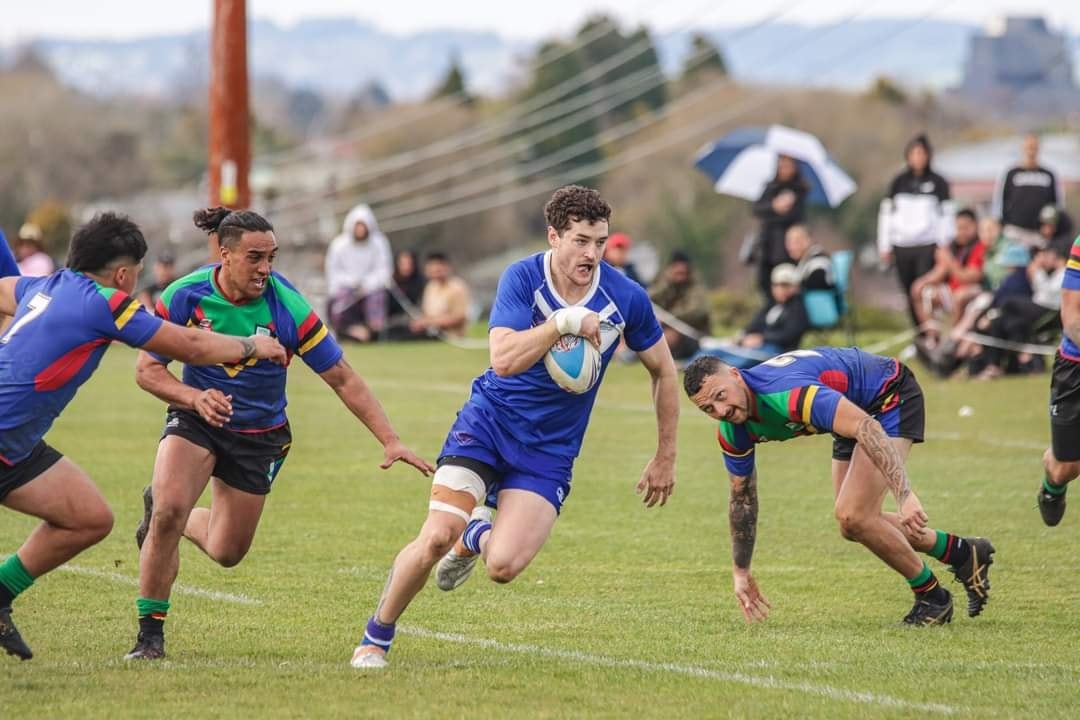 The Auckland Vulcans Men and Women travelled down to Rotorua over the weekend to compete in the North Island NZRL Championship tournament. It was a tough weekend of footy for both sides, with the men playing three games and the women playing five games in the two-day period. It was a tremendous effort from our Auckland Vulcans and their efforts were rewarded through their results.

The first game of day one saw the men’s Vulcans take on the Wellington Orcas. The Vulcans needed to make a statement in game one and did exactly that to win the game 40-0. The Vulcans continued this momentum into the afternoon of day where they faced the Upper Central Stallions winning the game 42-14, The Vulcans were down to 10 men at one point, however they dug deep and worked hard as a team which got them over the line.

After a physically draining day one the Vulcans side only had one more game before the tournament concluded, this was against the Mid Central Vipers. The Vulcans displayed their dominance winning the game 42-12, great effort from the boys as a lot of the squad had picked up injuries so numbers weren’t ideal. Captain Tevin Arona was a standout throughout the weekend, leading the boys around the park and scoring 10 tries in 3 games.

Our Auckland Vulcans will play the winner of Otago vs Southland in the Grand Final. The final will be played on the 1st of October 2022 at QBE (North Harbour Stadium) at 11:10am. The winner of this game will gain promotion to the NZRL Men’s Premiership competition. The game will be on Sky Sport so make sure to support our Auckland Vulcans.

The Women’s Vulcans side had a gruelling five game weekend. The first game of day one put the Vulcans up against Upper Central Zone, winning 18-6 in a tough game. For the second game the Vulcans Women’s side faced Auckland rivals Counties Manukau U23. This came down to the wire with our Vulcans Women winning the game 10-6. For the final game of the day the Vulcans took on the Waikato Wahine, the girls went down in a close battle 10-8.

Day one was very intense, but the women were happy to come out of it with two wins. Day two the Vulcans Women came out with plenty of confidence, winning the first game 24-6 against Wellington, and beating Northland 20-10 to seal themselves a spot in the Grand Final. Captain Cesca Luafalealo led from the front and helped to guide her team throughout the weekend.

Our Auckland Vulcan Women will take on Upper Central Zone in the National Women’s Championship Grand Final. The Grand Final kicks off on the 24th of September at 1:00pm at FMG Stadium in Hamilton. This will be a firecracker match up, be sure to tune in to support our Vulcan Women.