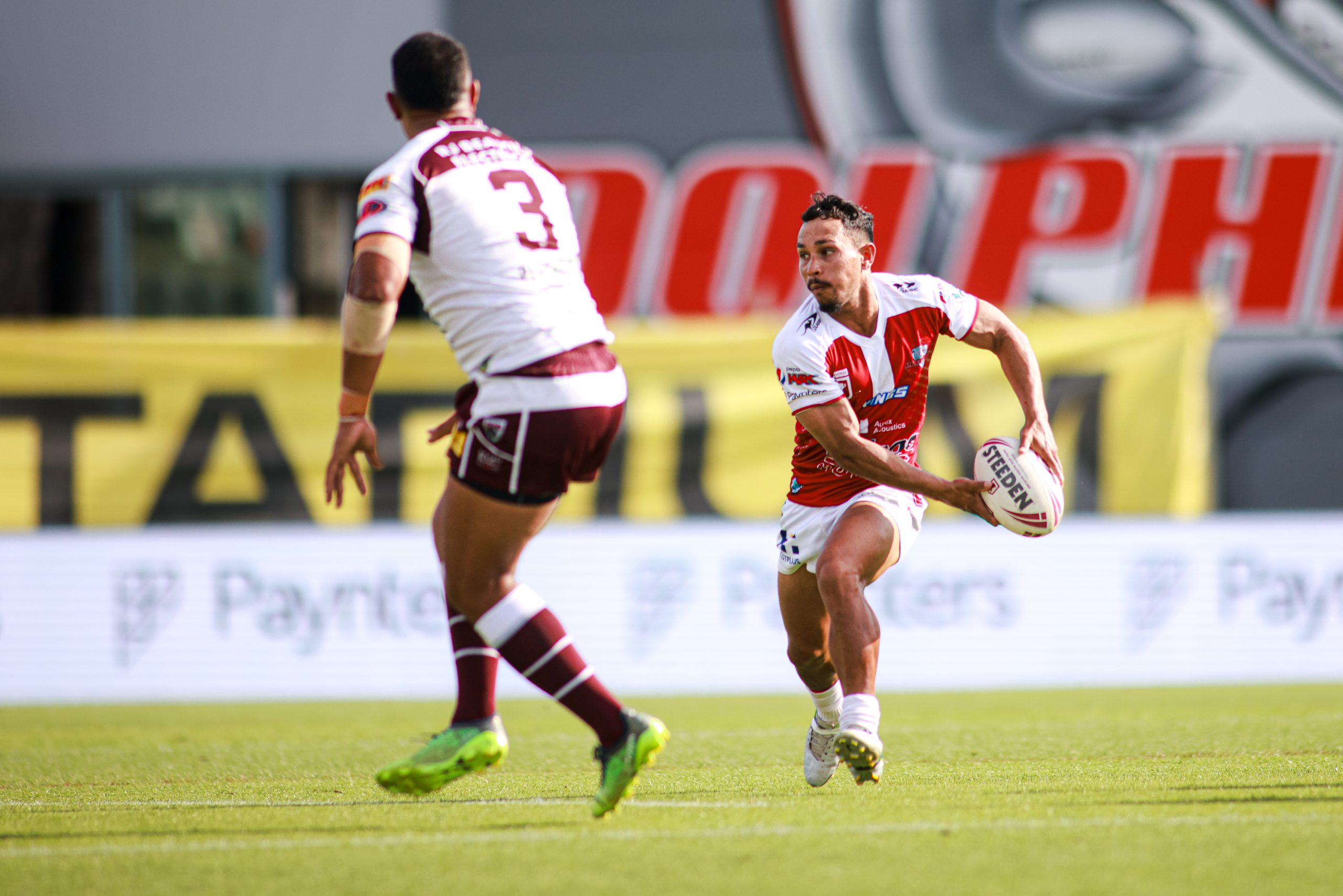 The Redcliffe Dolphins are in the grand final for the first time since 2018 after coming from behind to defeat the minor premiers Burleigh Bears 28-16 at Moreton Daily Stadium.

This was sure to be an entertaining clash between the two most successful teams in Cup history, with the Dolphins and Bears also being the two highest points-scoring sides in the competition this season.

The Dolphins were coming off one week off after their win over the Sunshine Coast Falcons one fortnight ago, while the Bears have had to take the long road after losing in week one of the finals.

The game began in a stop-start fashion with several penalties being given.

The Bears had three players put on report for dangerous contact in the opening 12 minutes of the game. One of those players was front-rower Api Noema-Matenga who was sin-binned to give the Dolphins an early numerical advantage.

However it was the Bears who managed to open the scoring with a man down after 13 minutes. Fullback Taine Tuaupiki sliced through to score.

The Dolphins weren’t doing themselves any favours with a series of errors midway through the half. Bears five-eighth Josh Rogers then came up with a big play, kicking a 40/20 to give his side an opportunity to extend their lead. His halves partner Guy Hamilton did just that, taking the line on and scoring to make it 10-0 after 30 minutes.

The Dolphins hit back soon after with their first try.

An offload from Pride Petterson-Robati put Valynce Te Whare away. who was too hard to stop.

Just before half-time the home side were in again with fullback Trai Fuller splitting the Bears defence up the middle and passing back on the inside to a supporting Sam Elliott who went in under the posts. This gave the Dolphins a 12-10 lead at the break.

The second half couldn’t have started better for the Dolphins, as they completed their first set and forced an error from the Bears off the kick reception. Liam Hampson, who provided great impact from dummy-half when coming on, scored to give the Dolphins some breathing space.

Soon after the Bears suffered a big blow with Tuaupiki, who had looked dangerous all game, forced off with a head injury.

The Dolphins were applying pressure through dominating possession and field position, and scored again when Jackson Frei reached out. Bryce Donovan converted and the lead was now out to 24-10 and beyond two converted tries.

Minutes later the Dolphins thought they had scored again but the try was disallowed, with Fuller making dangerous contact to the head of Esan Marsters, and subsequently sent to the sin bin.

Two more players were given their marching orders in the following set with opposing hookers Hampson and Pat Politioni both given 10 minutes to make it 12 versus 11 on the field.

The Bears needed to make the time with an extra man count and they did through a try to Nathaniel Peteru, which made the score 24-16 with 15 minutes to go.

The game was still in the balance until the Dolphins attacked down the left and a brilliant cut-out ball from Fuller found Setu Tu, who scored in the corner to put the game out of reach for Burleigh.

For the Bears, they unfortunately bow out at the preliminary final stage for the second consecutive season.

The Dolphins will be back at Moreton Daily Stadium next Saturday, where they will play the Norths Devils in the 2022 Hostplus Cup grand final.