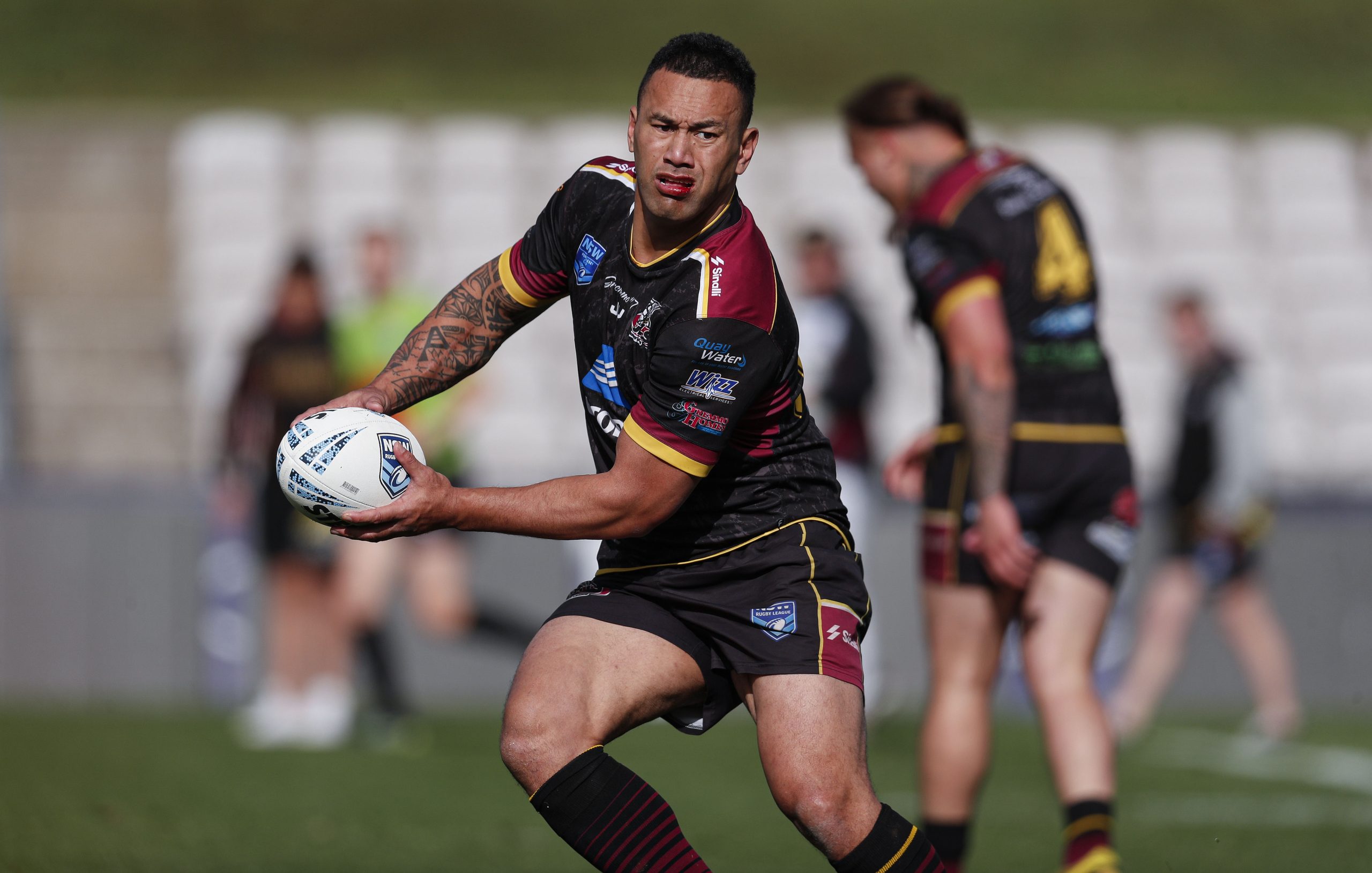 Hills Bulls have advanced to the Presidents Cup Grand Final, after securing a gutsy 26-16 victory over Collegians in Wollongong.

A lack of early focus from Collies fullback Alec Reid resulted in a drop ball, giving the Bulls attacking field position early in the match. The visitors were able to make use of their first opportunity, scoring the first four-pointer through half Coby Thomas.

The Bulls continued to mount pressure as they crashed over for the second time just shy of the 10-minute mark, after a nice exchange of hands through the backline was finished off by Winger Maile to give his side a handy 10-0 lead.

Collegians rolled up their sleeves and wrestled their way back into the contest, before a 40/20 from rake Brad Keighran swung the momentum back into the Bulls’ favour. The bulls scored their third try of the ensuing set, with Taniela Lasalo bursting through the Collies goal line defence.

Collegians hit back after forcing a repeat set through Alec Reid just moments later, with the stalwart racing across field, before throwing a dummy and sneaking through the Bulls’ defence to narrow the visitors lead to just eight points.

The Bulls continued to mount pressure right up until the half-time break, heading into the sheds ahead 14-6.

Collies came out with great intent after the intermission, nearly going over the line in their first set after an inspired run by Jason Gillard. The hosts would go on to score moments later after a grubber kick five meters from line rebounded off a Hills player, before Reid scooped it up to race over for his second try of the contest.

The conversion from Max Devlin was successful, with Collies now well and truly in the game, trailing by just two points 14-12.

Consecutive errors from the Collie Dogs hindered their early momentum, with the Bulls rubbing salt into the wound hitting back in the 54th minute through Dion Narayan, who showed great footwork to evade defenders to score from close range. Keighran’s conversion was successful, giving his side a 20-12 lead.

A 68th minute penalty to the Bulls after late contact to the legs of kicker Thomas, resulted in some push and shove which ultimately seeing a player from each side marched to the sin bin.

Thomas found himself in the action soon after, scoring a great individual try for the Bulls by showing good acceleration to split through some tired middle defenders.

Collies hit back immediately through flanker Barnes who was on the receiving end of a beautiful cut-out pass by Reid, to keep his side in the contest with five minutes remaining. Devlin couldn’t add the extras from out wide, meaning the Bulls led 26-16.

The 74th minute Barnes try would be the final scoring play, with the Bulls running out 26-16 victors, advancing into the Presidents Cup Final against the Maitland Pickers, on NSWRL Grand Final Day at CommBank Stadium, Parramatta.