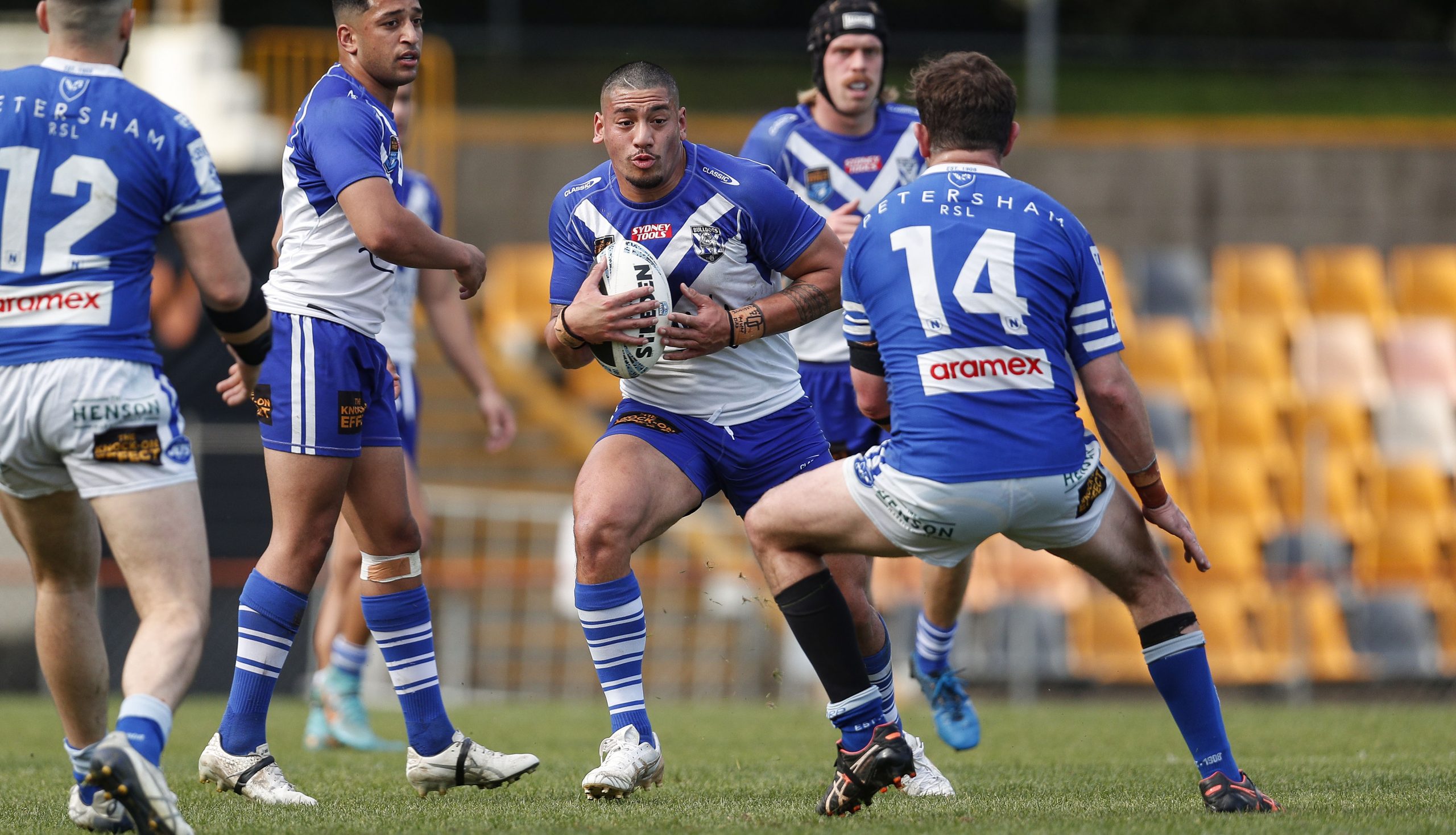 Canterbury-Bankstown Bulldogs have defied the odds with a third straight elimination finals win – this time 28-26 over the Newtown Jets – to head confidently into The Knock-On Effect NSW Cup Grand Final.

The Bulldogs take on the Penrith Panthers at CommBank Stadium next Sunday 25 September after an uncanny end to today’s Preliminary Final at Leichhardt Oval on Saturday.

It was only three weeks ago in Round 24 that the Jets kicked a penalty goal on the siren against the Bulldogs for a 22-all draw that handed them the Minor Premiership.

Jets halfback Brayden Trindall had another chance today in the final seconds of play to land a penalty goal – which would have forced the Preliminary Final into extra time – but unfortunately the ball sailed to the left of the uprights.

“You need to keep winning games at this time of year, and we’ve done that against Parramatta, Norths and now Newtown,” Bulldogs NSW Cup coach David Tangata-Toa said of their suddendeath finals charge.

“We live again, we go again, although there’s some battered bodies. We’ll just dust ourselves off and go again next week.

“The second half seemed to last forever but the boys did really well. Even up to the end there I was thinking, ‘Here we go again’ but they worked really hard and stuck in there.

“We didn’t play the way we wanted to in the second half, but we did enough in the first to set ourselves up.”

Newtown had their mojo upset on game day with three key players – fullback Kade Dykes, centre and regular goalkicker Mawene Hiroti and five-eighth Luke Metcalf – unavailable either through injury or being called up by their NRL team the Sharks for their Semi-final against South Sydney.

“We can’t blame the loss on that, but we did have a lot of disruption,” Rhys Davies said.

“On the other hand we did have the team to do it, so we let ourselves down.”

He said the Jets players would get around Trindall to let him know he did not let anyone down.

“Tough, tough kick – 30 metres out, on the sideline, into the wind,” Davies said.

“We should never had been in that position anyway.

“We just gave silly penalties away, letting them out of their own end and they just kept bombing to (Jayden) Okunbor and it worked. We couldn’t stop him.”

The win was indeed set up with five first-half tries as the Bulldogs enjoyed a handy 26-10 lead at the break. The Dogs were outscored 16-2 in the second term.

Okunbor featured prominently in the first three tries – scoring two himself and then off-loading to his front rower Jayden Tanner for the third.

Of course, two of those tries were started by Brandon Wakeham kicks as the No.7 made it an uncomfortable afternoon for the Jets defence – especially their outside backs.

But the Jets had a resurgence in the second half through tries to Tom Rodwell, Jayden Berrell and Reubenn Rennie to sneak right up onto the Bulldogs tails 28-26.

The final nine minutes had everyone on the edge of their seats.

“I don’t particularly want to go through that again,” Tangata-Toa said. “But that was a pretty nail-biting game of footy, and that is what the finals are all about.”