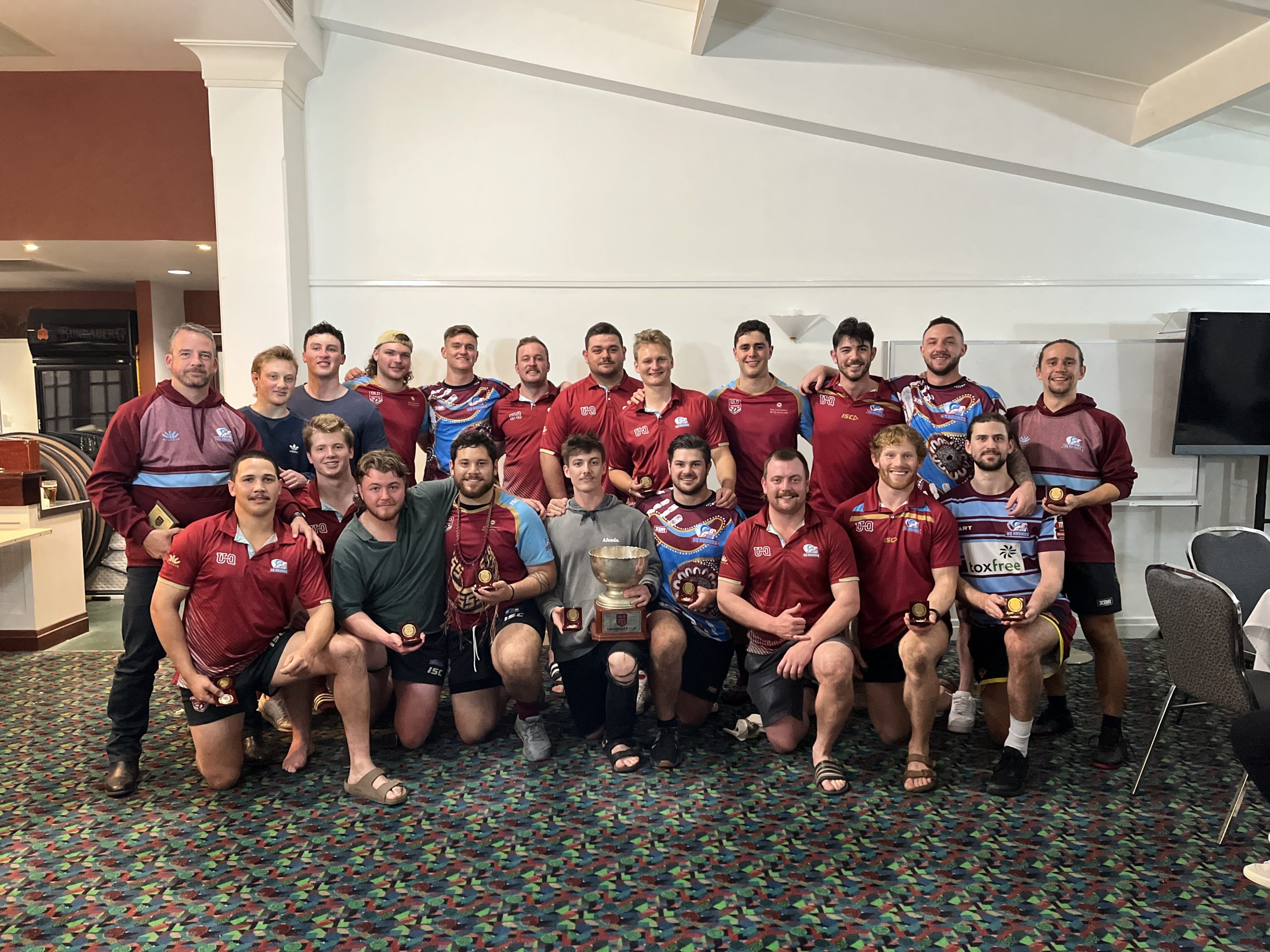 The Hounds retained the University Cup with a dominant 32-6 victory over the Queensland University of Technology Trouts at Souths Sports Club last night.

Two tries to man of the match Dom Heidke were a highlight as the Hounds overcame an unusual half-time stoppage to win the match.

The Hounds led 12-0 early through tries to Sam Gillespie and Heidke.

They then somehow repelled an unlucky QUT, who should have scored at least twice after making several long breaks down the left-hand side of the field.

Ninety seconds short of half-time a fuse blew and the lights went out, forcing the teams into an early half-time. However, the lighting was restored in time to start the second half and it sparked the Hounds into action.

Callum Gavin scored again for the victors before Anthony Ngunz got a consolation late in the match for the Trouts.

It made it two premierships in a row for the Scott Barker-coached Hounds, with fullback Jake Burnell being named Universities Rugby League Queensland Player of the Year after the game.