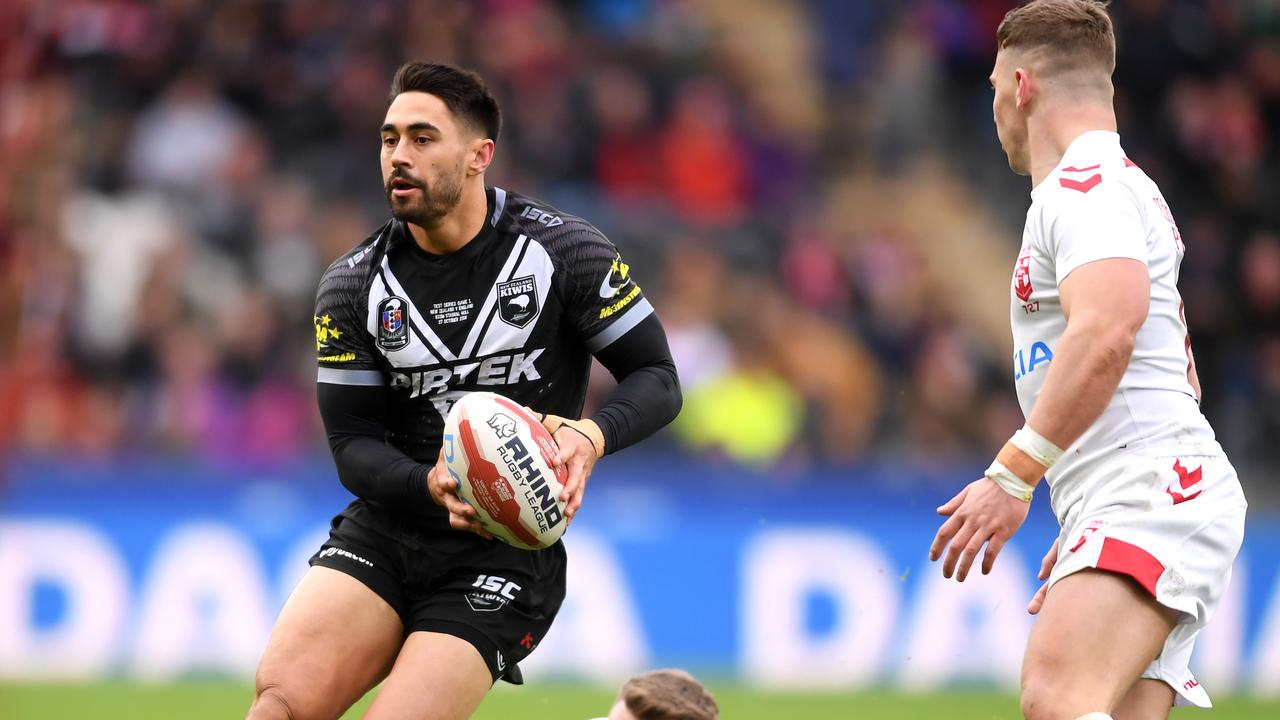 New Zealand Rugby League selectors have added 10 players to the Kiwis’ mid-year Test line-up in a 34-man wider squad to prepare for the Rugby League World Cup in the United Kingdom starting next month.

Among the additions are experienced Kiwis Shaun Johnson, Kodi Nikorima and Jared Waerea-Hargreaves along with Corey Harawira-Naera, Braden Hamlin-Uele and Charnze Nicoll-Klokstad, who all made their New Zealand Test debuts in 2019.

Also included are Canterbury-Bankstown Bulldogs hooker Jeremy Marshall-King and Parramatta Eels winger Bailey Simonsson, both selected in the Kiwis’ squad for the 2019 World Nines in Sydney.

The only two new faces are in-form Canberra centres Sebastian Kris (23) and Matthew Timoko (22) who have been instrumental in the Raiders’ surge into week two of the NRL finals after eliminating Melbourne Storm 28-20 on Saturday night.

Of the 25 players named in the extended squad for the 26-6 win over Mate Ma’a Tonga in June only Gold Coast hooker Erin Clark isn’t included after being ruled out following knee surgery.

Seven of the players are yet to make their Test debuts for the Kiwis – Kris, Timoko, Marshall-King, Simonsson, Griffin Neame, Jordan Riki and Scott Sorensen – but Neame, Riki and Sorensen were in camp for the Tonga Test.

“We wanted to name a wider squad so we have all options covered while the NRL finals are playing out,” said Kiwis head coach Michael Maguire.

“We’re excited about the depth of players available and the form they’re in. The vast majority of them are in sides that made it into the finals which is a real positive as we look ahead to the tournament.”

The Kiwis are due to assemble in Sydney on September 27 where they’ll train for two days before flying to England on September 30. Players selected from the two teams in the grand final will travel separately the following week.

The New Zealanders will warm up for their World Cup campaign with a match against the Leeds Rhinos at Headingley on October 8 when 2008 World Cup winner Thomas Leuluai will be guest captain in the final match of his decorated career before retiring.

The Kiwis will then move to their RLWC base in York. Their opening Pool C match is against Lebanon in Warrington on October 16 followed by Jamaica in Hull on October 22 and Ireland in Leeds on October 28.

The quarter-finals are scheduled for November 4,5 and 6, the semifinals on November 11 and 12 and the final at Old Trafford in Manchester on November 19.

* Denotes yet to make Kiwis debut.