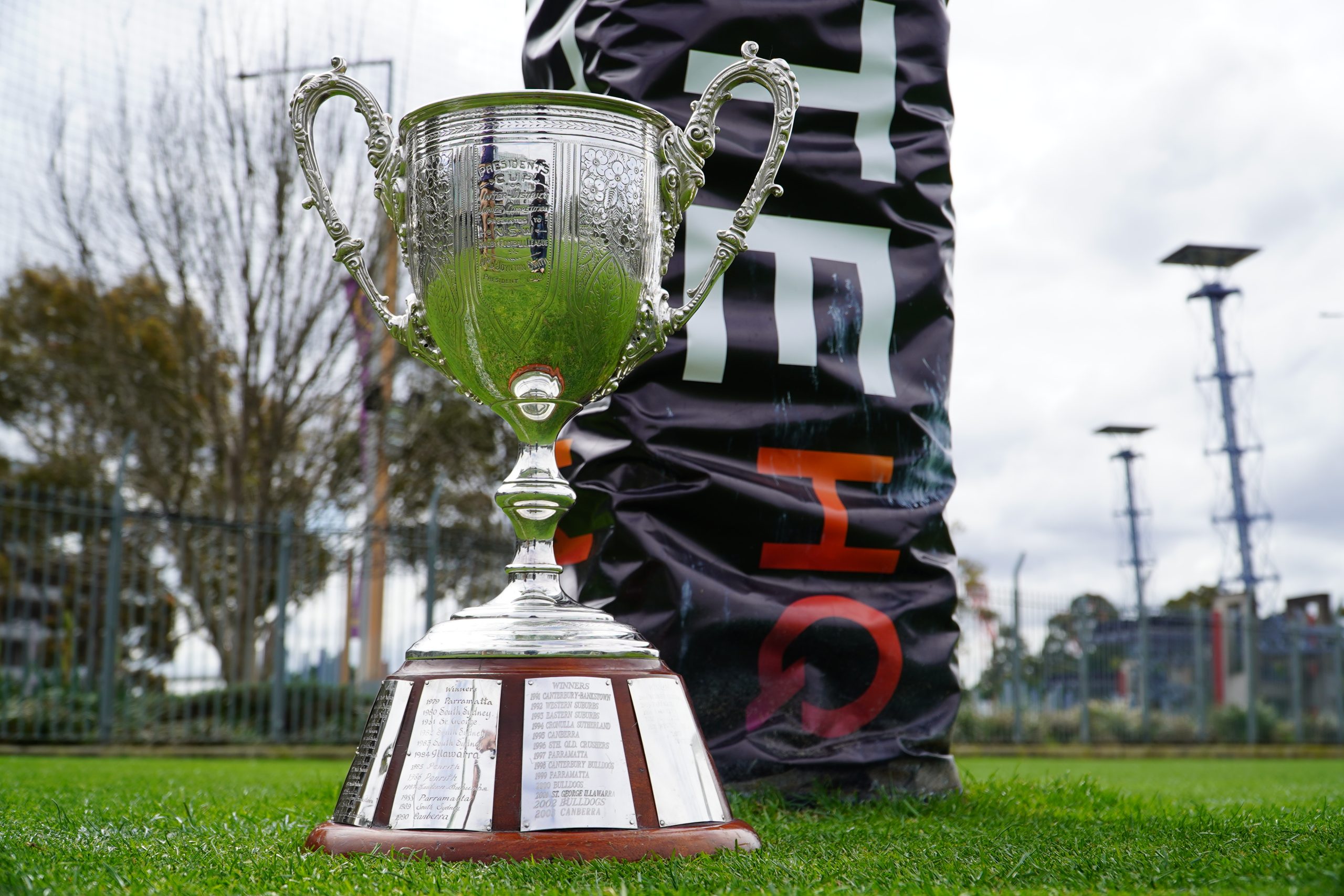 The Presidents Cup competition will start on Saturday 17 September when the Premiers from four regions across NSW face off for right to be labelled the champion club in the state.

Forbes Magpies beat Dubbo CYMS in the Peter McDonald Premiership (Western Conference) and will face Maitland Pickers after they overpowered Macquarie Scorpions in the Denton Engineering Cup (Northern Conference). The match will be played at Jock Colley Field in Parkes at 1.30pm.

Hills Bulls beat Glebe Dirty Reds in the Ron Massey Cup (Central Conference) and will face Collegians after they downed Western Suburbs Devils in the Moho Homes Illawarra Cup (Southern Conference). The match will be played at Collegians Sports Stadium in Figtree at 3pm.

Fans will be able to watch all the action from both games as they be live streamed on NSWRL TV.

The Presidents Cup was a competition for junior representative teams from 1910-2006 before being rebranded as a statewide, third-tier competition in 2020.

There were seven teams who took part in the COVID-19-affected competition that year, which has now been expanded to include the premiers from four NSWRL Major competitions.

Maitland Pickers won the 2019 version after beating Glebe-Burwood Wolves in a 17-16 thriller. The competition was unable to be played last year due to the COVID-19 pandemic.