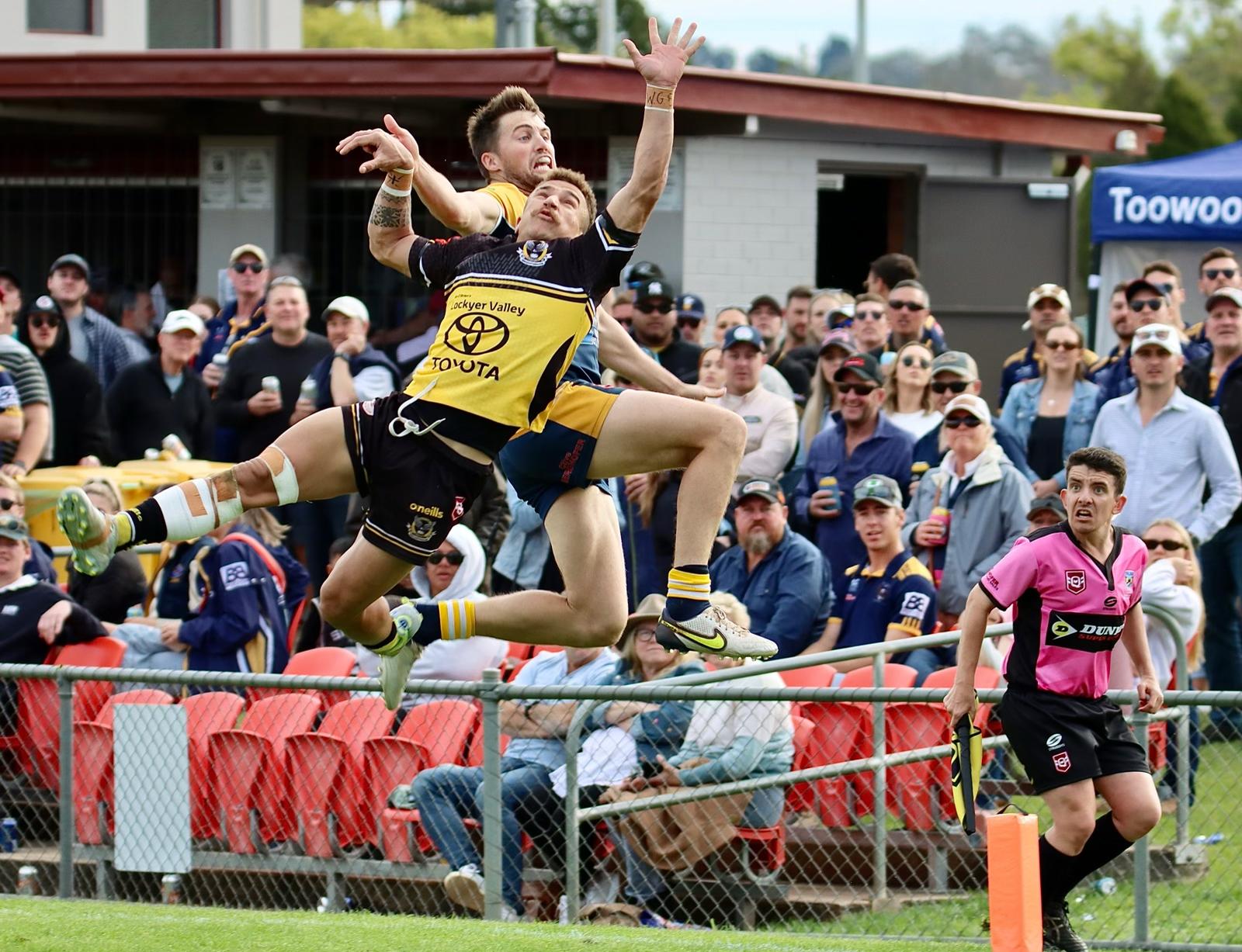 In one of the games of the season, the Gatton Hawks qualified for Sunday’s Toowoomba Rugby League grand final with a nail-biting 42-38 win over Highfields at Clive Berghofer Stadium.

The game had everything from send-offs to many spectacular tries – fifteen tries, in fact, in a point-a-minute try fest.

The score was 28-18 at half-time in favour of the Hawks, and they deserved to be in front but Highfields just never went away, despite being down to 11 men after seven minutes in the second half.

Eagles centre Brenton Clement was dismissed from the field after a tackle gone wrong. Then Eagles five-eighth Nick Bainbridge was sin-binned for dissent one minute later.

Highfields only let one try in when the Hawks got to 20 points in front 38-18 with 33 minutes remaining. To tie the ball game up at 38-all was a courageous effort with 11 men.

Jarrod Lee was the instigator when he calmed his players down and made them concentrate on the game at hand.

Gatton’s Haydan Lipp also kept his side focussed and was very patient to put Ben Seul in for a try with 90 seconds remaining to seal the grand final berth.

It was Gatton’s start that went a long way to winning the match. Sione Foueti was superb for the Hawks as was Fine Faingaa. Between them, they set up the win.

It was a high-scoring game with 80 points scored in even time. Highfields never held the lead but had a good crack against the odds. Brenton Clement scored three first half tries.

The Eagles’ spine that kept them in the match. Bainbridge, Lee, and Webcke Price Medal winner Cory McGrady played well.

But take nothing away from the Hawks who have made their first grand final since 2014. Lipp was superb and orchestrated the win.

His halves partner, Regan Wilde was excellent, especially in defence and wingers Ben Seul and Jayden Williams scored four tries between them to put the cream on the top of this epic battle.

The game epitomised the closeness of the competition. Two determined sides leaving nothing on the field to strive for success.

Sione Foueti was player of the match with his meterage gains and inspirational defence.

In the end, what a game. Both sides are to be congratulated and next week beckons for the premiership-starved Gatton side.