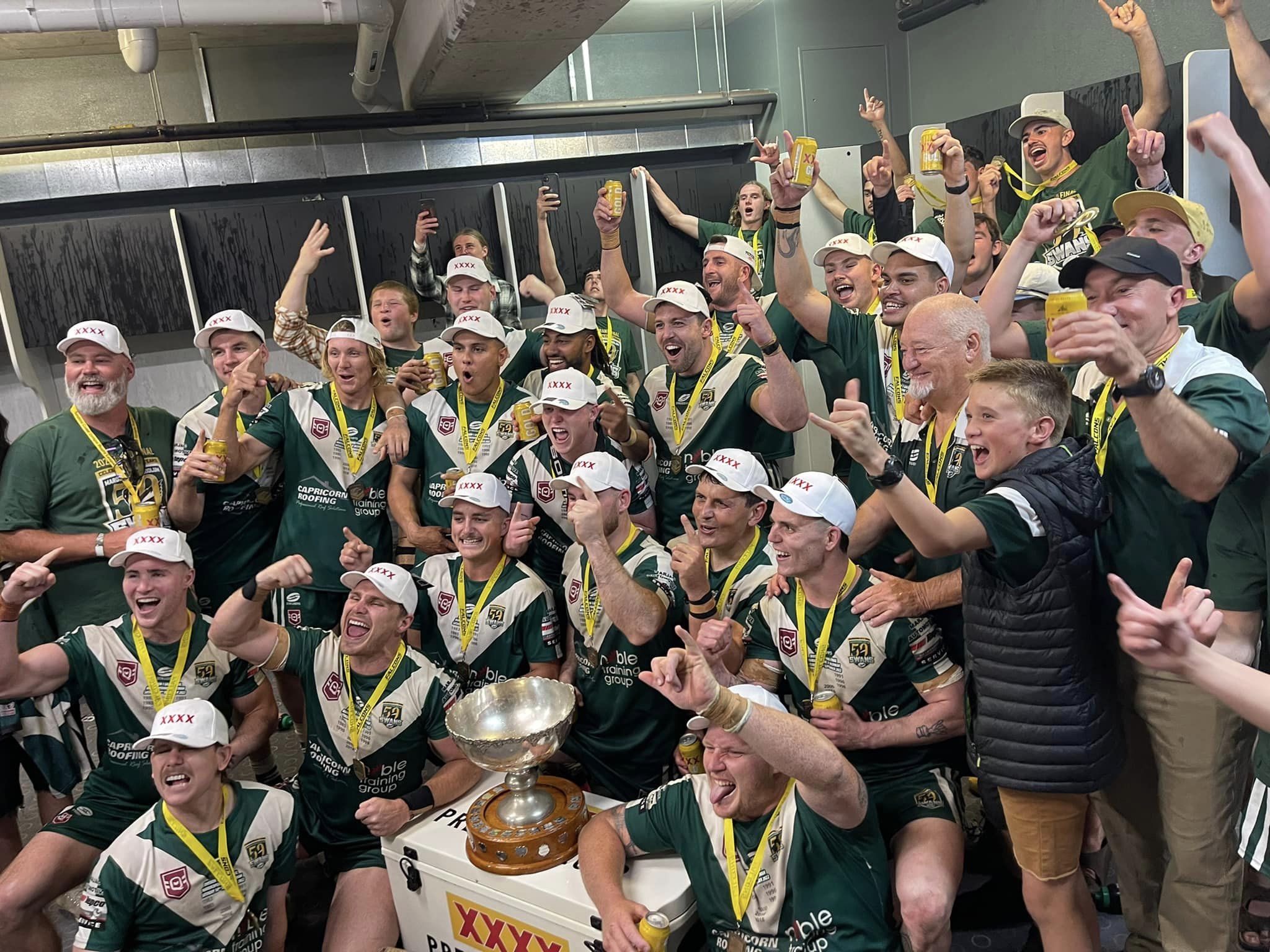 After two years of hardship, the Maroochydore Swans have claimed the Sunshine Coast Gympie Rugby League’s A Grade men’s premiership.

The Swans overcame the Beerwah Bulldogs 26-16 on Saturday, September 10, in a “massive relief” for the club.

Maroochydore have endured a tough past two seasons, following the tragic and unexpected loss of reserve grade player Dale Best in a match against the Kawana Dolphins at the start of 2021.

Head coach Dennis Moore said the club had to rebuild after the heart-breaking incident, with the A Grade team coming together to make last year’s grand final, only to lose 22-10 to Kawana.

But this year, they united once again and are reaping the rewards of two years of hard work.

“We’ve had a bit of a journey the last two years,” Moore said.

“It’s been a journey to get the club back together and to build and move forward.

“What happened last year could break up a club, but we made sure it had the other effect and brought everyone together.

“We tried to have an environment that everyone wanted to be at, where training was hard but fun, a really positive place to be.

“We got committed to one cause. We kept everything simple and that was the basis of everything we did.”

The premiership victory came in what is Maroochydore’s 50th year – and also 25 years after Moore led them to a trophy.

“In the club’s 25th year, I was the coach then and we won the comp,” Moore said.

“To come back 25 years later and win a competition with the same club, it is pretty special.

“To me personally, it was so fulfilling to come back and give back and watch everyone evolve and turn into this premiership-winning team.”

In the women’s SCGRL draw, the Caloundra Sharks went back-to-back with a tight 20-16 victory over the Kawana Dolphins.

Coach Joshua Shuttlewood said it was a tough ask to notch up consecutive premierships, but his players had the grit to overcome expectations.

“Last year was big being the first year so going back-to-back with a whole influx of new players, it’s huge,” Shuttlewood said.

“We definitely had a target on our back from everyone else this season.

“To still establish ourselves in the competition and win it again is massive. It all came together at the end.”

Full scores and information for all Queensland A Grade competitions for the weekend September 9-11 are below.