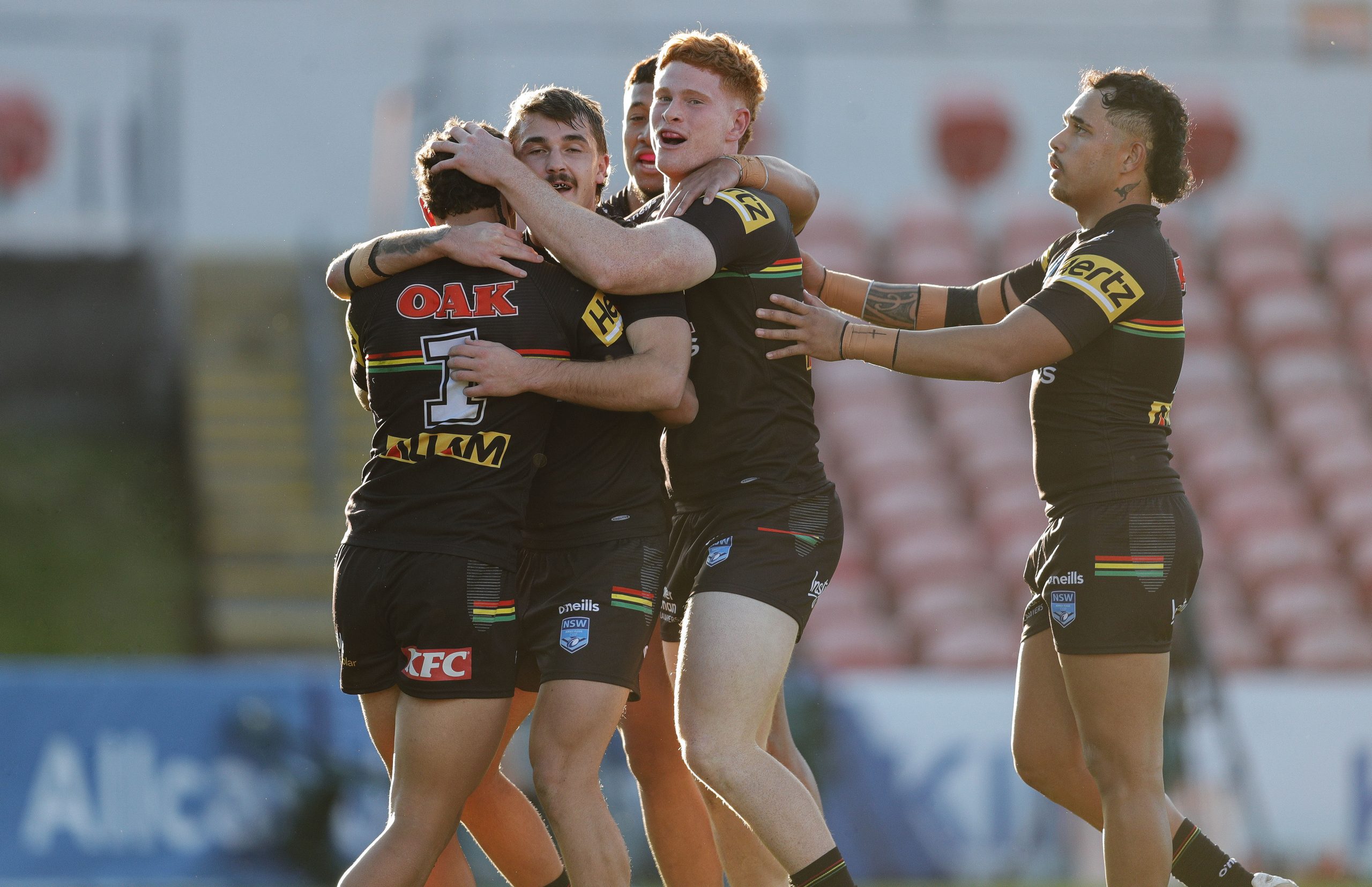 Despite sharing the spoils in the two regular season contests, it was Penrith who tore up the script with a five-try first half to lead 26-8.

Five-eighth Niwhai Puru only needed two minutes to assert his authority, dragging in a perfectly weighted Keagan Russell-Smith chip to score next to the posts.

Zach Herring sliced through Penrith’s right edge four minutes later, and the No.6 sent winger Ben Johnson away for the Dragons’ opening try, reducing the margin to 6-4.

From there, the Red and Whites had no answer to Niwhai Puru and fullback Isaiah Iongi as the duo orchestrated four straight tries in 19 minutes as the Panthers bounded clear 26-4.

Iongi scored the first, then sucked in several Dragons defenders to send winger Cody Lawson into the right corner.

The fullback showed his strength several minutes later to complete a first-half double, before Niwhai Puru rounded out the blitz to put lock Hohepa Puru over under the posts.

With their season slipping away, St George Illawarra wrestled back momentum with a try to winger Callum Gromek just minutes before the interval to trail 26-8.

They then came out of the sheds breathing fire.

With a fair share of possession, fullback Treigh Stewart took control and with four-pointers to Alexander Lobb and replacement forward Toby Couchman, the locals trailed by six points just seven minutes after the resumption.

A try to Penrith backrower Ativalu Lisati halted the Dragons charge and gave the Panthers a much needed 12-point buffer with a little over 20 minutes to play.

But Stewart still had more up his sleeve, and when Gromek reduced the margin to 32-26 after accepting the fullback’s cutout pass, a miraculous comeback was still on the cards.

the majority of possession in the closing stages, St George Illawarra had enough chances to extend their season, but the young Panthers held their line and were rewarded with a try to Russell-Smith as the full time siren sounded.