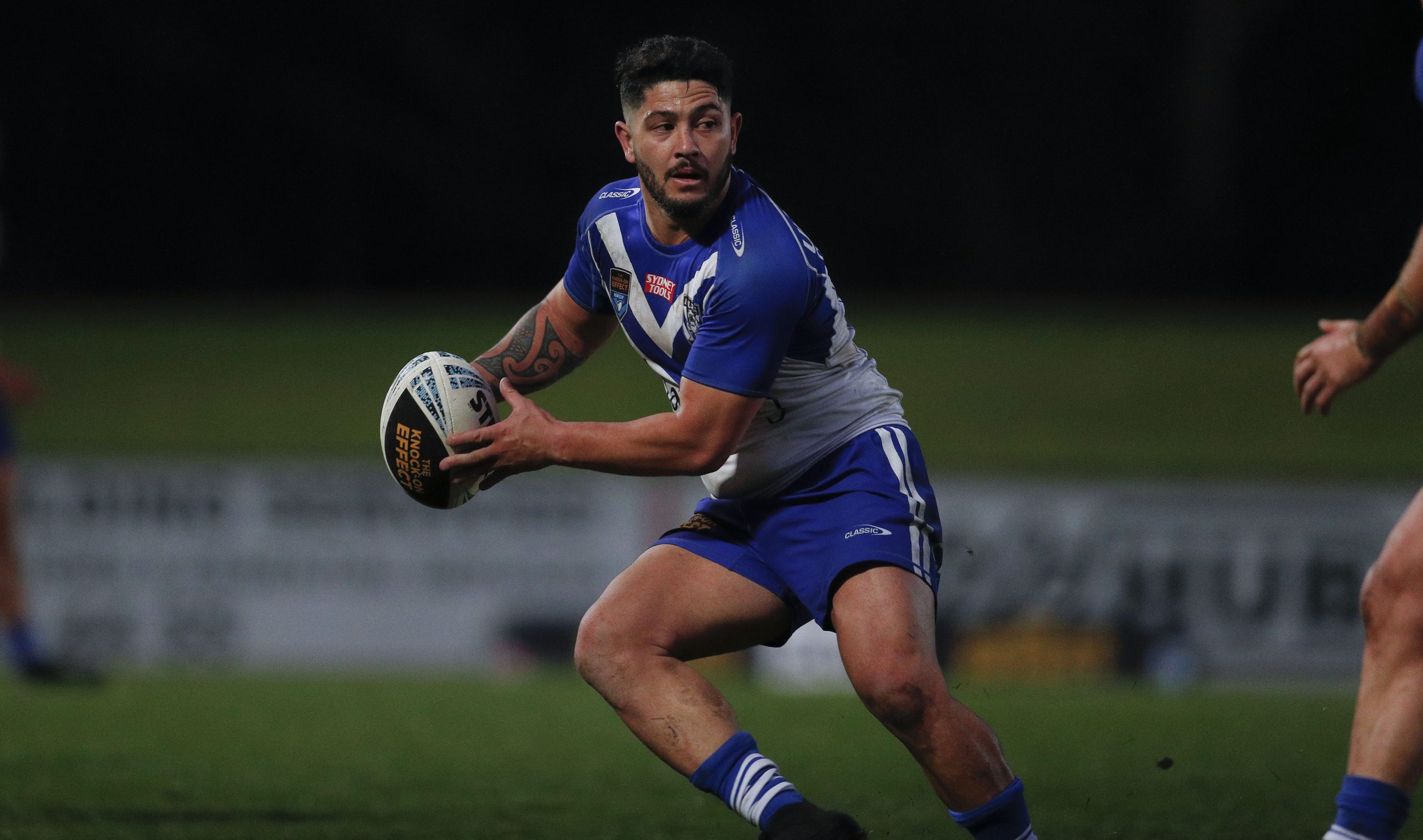 Canterbury-Bankstown Bulldogs have defeated North Sydney Bears 22-10 in The Knock-On Effect NSW Cup Minor Semi-Final to book their spot in the Preliminary Final.

The Bears were two from two this season against the Bulldogs coming into the Semi-Final, and their gritty first half performance showed they were determined to keep their perfect record.

After withstanding early pressure from the Bulldogs, the Bears had their first sight of the try line and they made no mistake converting the chance into points. Jacob Preston flew above everyone to collect a Sandon Smith kick and plant the ball down for the first try of the evening.

With almost a quarter of the game played, the Dogs were finding it extremely tough to break their opposition’s line, but a left side shift to winger Isaac Lumelume proved to be the clinical play as the Fijian flyer dived in the corner to open his side’s scoring.

In an even showing for the remainder of the half, both teams looked threatening, however it was the Bears who extended their lead through Tom Carr, who finished off a set play to score in the corner and give his side a 10-4 lead going into half-time.

The Bulldogs came out fired up in the second half, holding strong defensively and proving clinical in attack. A Brandon Wakeham grubber in behind the line saw Jackson Topine dive on the ball to level the game.

Wakeham again, as he did for the majority of the season, assisted yet another try from his boot, this time putting it up in the air cross-field for a leaping Paul Alamoti to snatch the ball and plant it down, giving his side the lead for the first time.

Three consecutive penalties in front of the goal-posts gifted the Bulldogs six easy points, which sealed their second half comeback and locked in a spot in the Preliminary Final against Newtown Jets next week, while ending the Bears’ season in a 20-10 victory at Netstrata Jubilee Stadium.