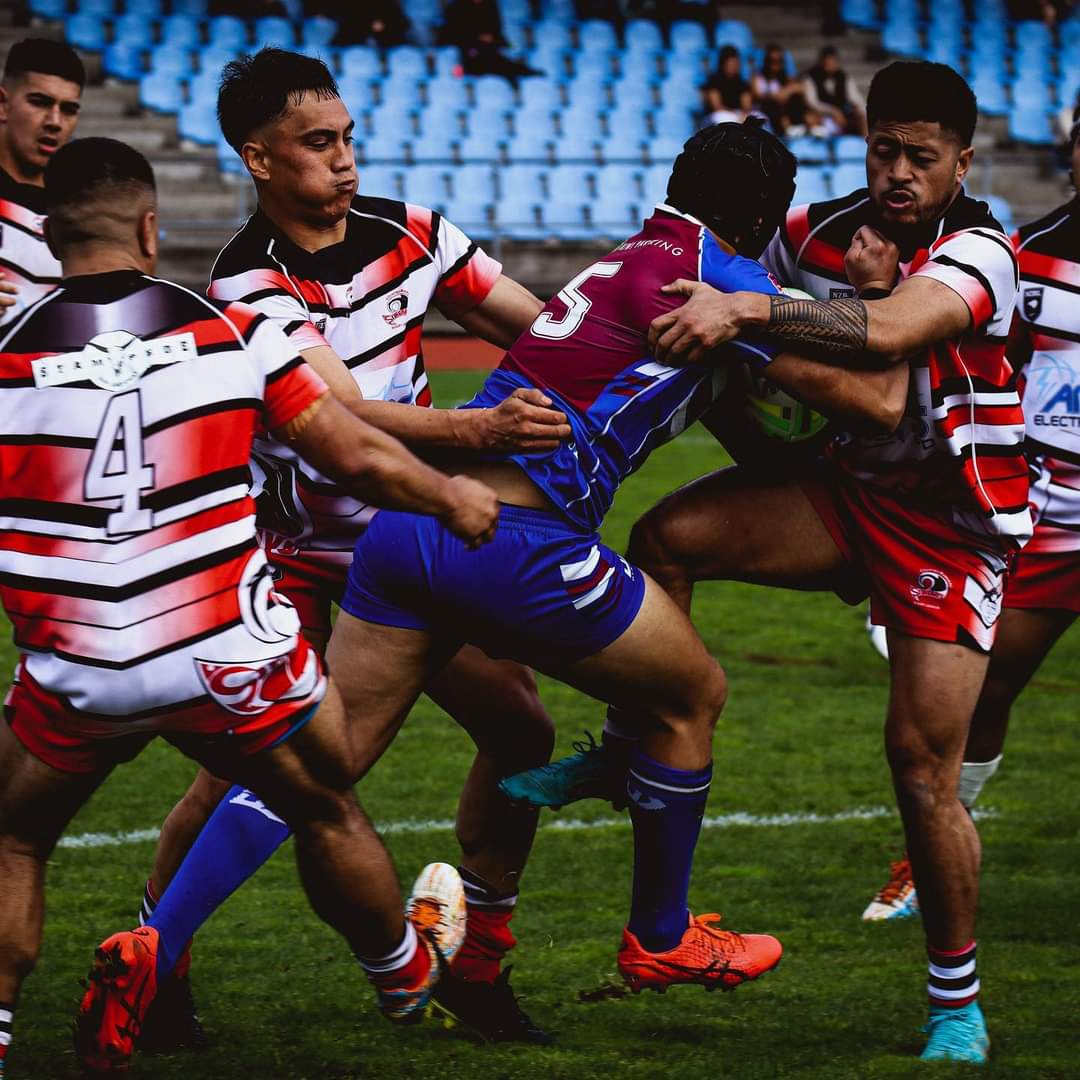 Old foes Akarana Falcons and the Counties Manukau Stingrays took the field for the first round of the NZRL National Premiership at Mount Smart Stadium.

Akarana started the game in fantastic form with Ollie Tuimavave, weaving his way through the defence with excellent footwork to put the first points on the board for the Falcons within the first 5 minutes.

Ill-discipline and costly errors from Counties Manukau in their own half resulted in the Falcons dotting down twice, with tries coming from halfback Eiden Ackland and lock Brody Tamarua. With 20 minutes gone, the Stingrays found themselves with their backs against the wall early. The game entered into an arm-wrestle with both sides able to complete their sets; however, due to Akarana giving away three penalties within their own half, a spirited Stingrays side were able to put their first points on the board with winger Mavae Manukia scoring in the corner.

A successful regather off a short kick-off saw Akarana attacking again in the Stingray’s half. Silky play from halfback Eiden Ackland gave ball-wrecking centre Chaz Brown enough space to bust through a two-man tackle and crash over the line to score his first try for the game.

Facing an uphill climb, Counties responded with their own try, with second rower Sione Fe’ao hitting a nice hole on his opposites inside shoulder to close out the first half.

The dominance continued for the Falcons in the second half as Akarana showcased their technical skill on the edge, putting Nicholas Halalilo over. Determined to mount a comeback, the Stingrays responded with a short kick-off, successfully regathered by Manukia, who made a spirited run to the 10-metre line of the Falcon’s half. Dominant runs from the Counties middles resulted in a beautiful back door play to put winger Alan Niulevu in for his first try of the game.

Strong runs out of the backfield from Akarana’s wingers Lewis Soosemea and Esom Ioka lead to the Counties’ defence scrambling. Falcon’s playmaker Kadiyae Ioka saw this as an opportunity to expose the defence, shifting the ball to the edge to centre Chaz Brown, who would go on to break the line and run 50-metres to grab his second try of the afternoon.

With eight minutes to go, Counties continued to demonstrate outstanding resilience despite the score. They were rewarded with another try to Mavae Manukia, which would close out the game, with the final score being 32-20 to Akarana Falcons.