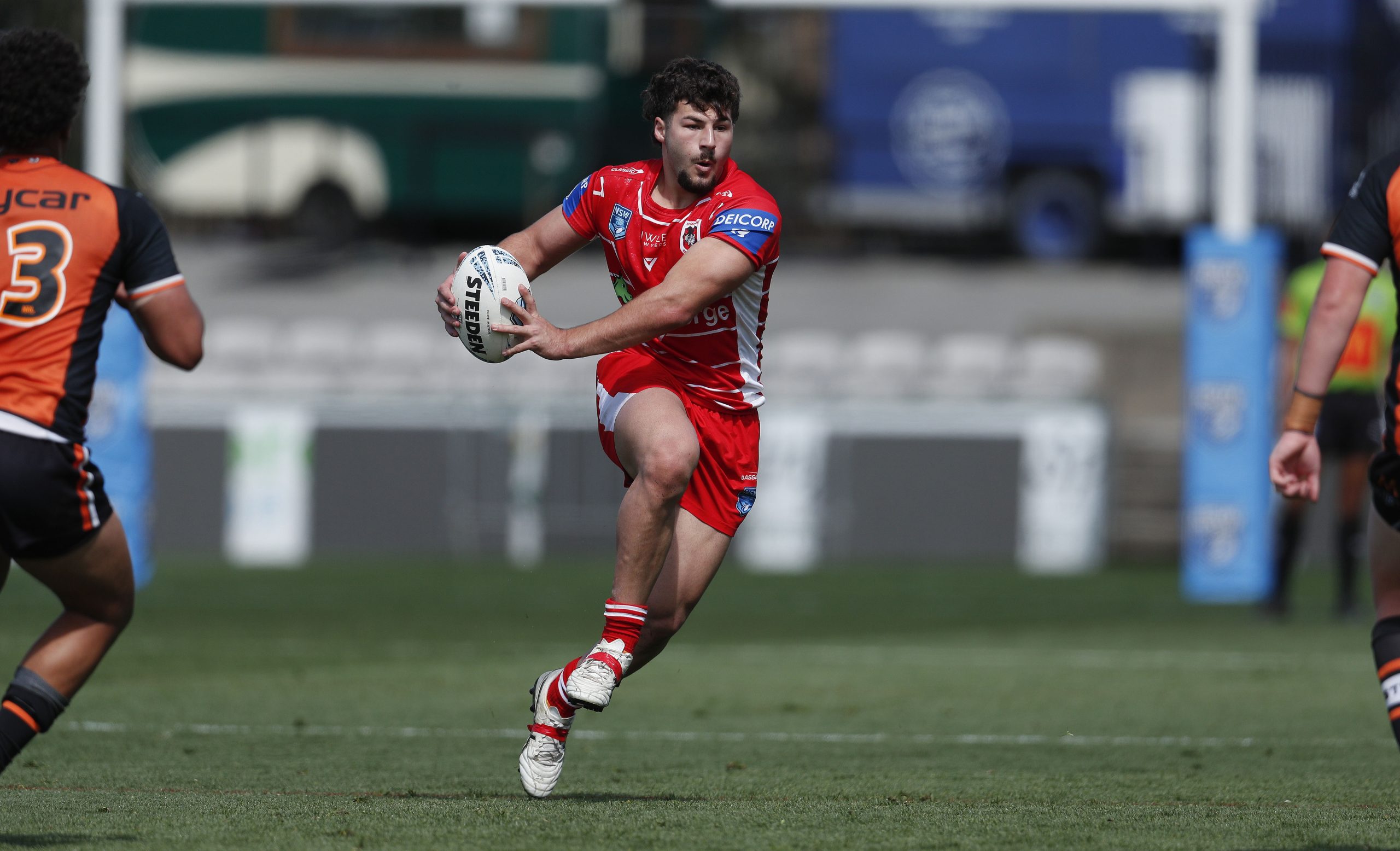 The Dragons have ended the Wests Tigers’ Jersey Flegg season, running out winners 26-22 in an entertaining contest at Netstrata Jubilee Stadium on Sunday.

Plenty of nerves were on display in the opening exchanges, with both teams playing cautiously to complete their first couple of sets in the windy and slippery conditions. However, as the game went on, both teams settled and were able to score their first points off the back of receiving penalties, with Dragons winger Alex Lobb crossing in the seventh minute and Tigers centre Sione Vaihu scoring seven minutes later.

With the Tigers holding a slim advantage, the next period of the game was controlled by the Dragons. After dominating possession and receiving two repeat sets, the Dragons eventually broke the resolve of the Tigers, with Benjamin Johnson crossing out wide in the 22nd minute. The Dragons backed this up with halfback Braxton Wallace scoring five minutes later to give his side an 8-point lead with eight minutes of the half remaining.

A strong defensive effort from the Dragons kept the Tigers at bay for the rest of the half, with the hosts maintaining the advantage at the break.

Despite now running against the wind, the Tigers scored first in the second half, with interchange forward Apisalome Saukuru muscling his way over in the 38th minute to reduce the margin to two. The Dragons responded quickly, scoring through Johnson, who grabbed his second try and extended the margin to eight.

The Dragons built on this lead with skipper Sam Hooper burrowing his way over to score in the 57th minute. Hooper converted his own try to give his side a 14-point lead with 11 minutes remaining.

In the latter stages, the Tigers began to own possession and win the field position battle but were initially repelled by some strong Dragons defence. However, the Tigers would eventually score through hooker Michael Tannous in the 66th minute, to give the Dragons something to think about for the last 4 minutes of the match.

Off the back of this late try, the Dragons kicked the ball out on the full, allowing the Tigers to march down the field for Vaihu to grab his second try and reduce the margin to four with a minute remaining.

With the game on the line and both teams playing for their season, a late error ultimately sank the Tigers, who fell just short of a remarkable comeback.