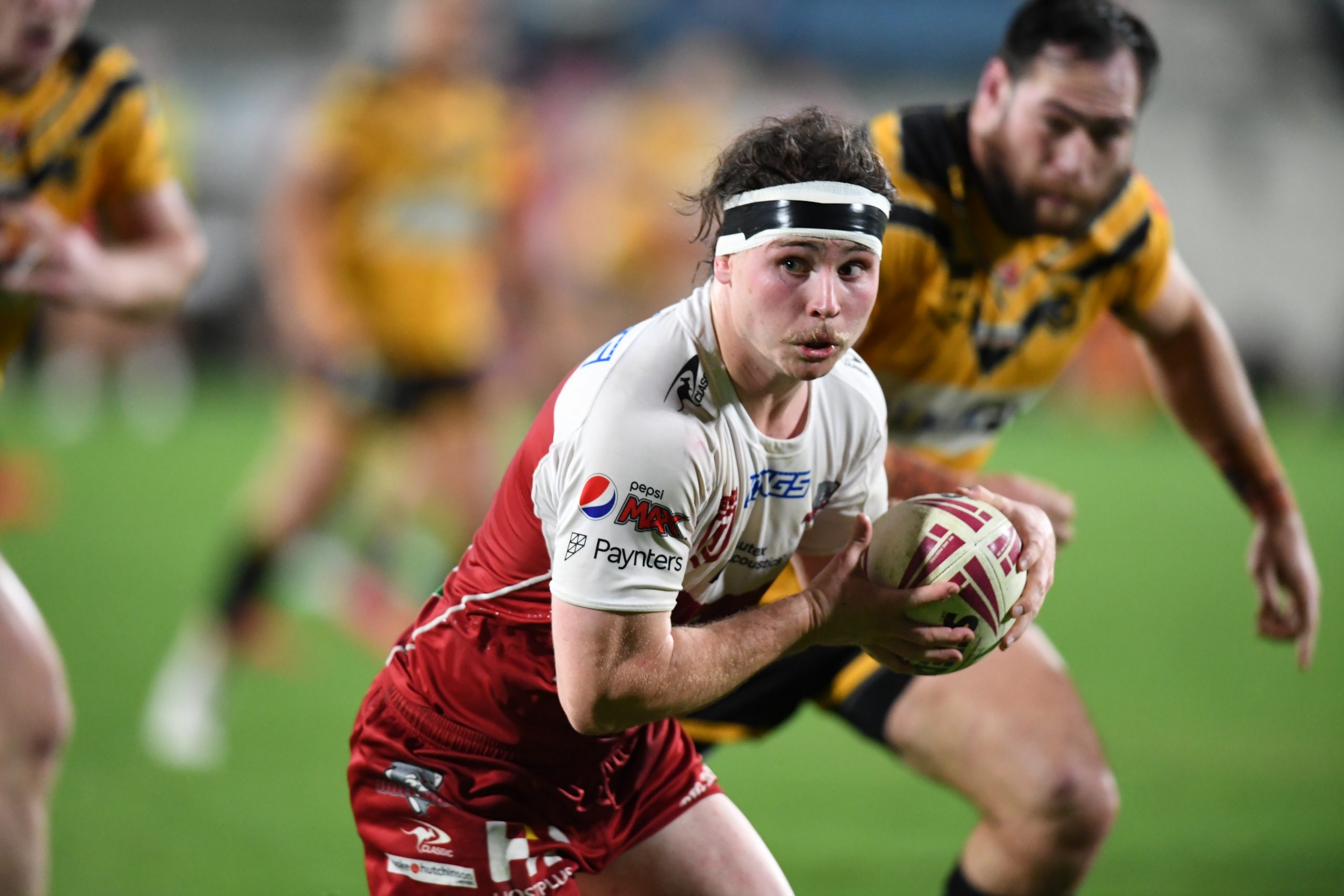 The first top four clash for week one of the Hostplus Cup finals was played between the Sunshine Coast Falcons and the Redcliffe Dolphins.

One week prior, the Falcons were able to defeat the Dolphins 20-18. Sunshine Coast Stadium provided windy conditions as both teams chased a win and a well-deserved break.

Both teams showcased why they are in the finals early on, with tough defence and slick attack to begin the game. The Falcons with a lot of early ball challenged the Dolphins’ line.

However, after defending multiple attacking sets in their own half, the Dolphins were able to score the first try in the 10th minute. A cross-field chip from halfback Cody Hunter saw the ball bounce perfectly up for Justin Worley. The try was converted by Bryce Donovan and the Dolphins led 6-0.

The Dolphins were able to utilise their opportunities, scoring again in the 19th minute. A one-off pass to the charging centre Valynce Te Whare was too much for the Falcons as they let in another try. The conversion from Donovan was successful and the lead was increased to 12-0.

The first Falcons try was almost identical to the Dolphins’. Interchange front rower Lazarus Vaalepu fended off two defenders to slam the ball down in the 31st minute. The conversion was successful by hooker Tyson Smoothy and the score was 12-6 with a little under 10 minutes left in the first half.

The first half came to an end with a penalty goal from Tyson Smoothy and now the half-time score was 12-8.

The start of the second half couldn’t have been worse for the Falcons. Halfback Daniel Atkinson was sin-binned for a professional foul five minutes into the second half. The Dolphins kicked a penalty goal through Donovan and made the score 14-8.

The Falcons were able to defend the 10 minutes they were down a man and not let the Dolphins add to the lead.

The first try of the half then came though Falcons second rower Jack Gibbons in the 65th minute. The ball on a string from five-eighth Jack Wright, who grubbered it behind the line perfectly. The conversion was missed by Smoothy leaving the score at 14-12 with 12 minutes to go.

Seconds later the Dolphins hit right back through a one-on-one strip by Liam Hampson. This try gave the Dolphins an eight-point advantage as Donovan was able to convert it.

Attack began to take over this game as the Falcons off a play by Sualauvi Faalogo, who ran 60 metres, ducking and weaving his way around defenders. He then chipped it to Young Tonumaipea to score in the 71st minute. Smoothy missed the conversion and the deficit was cut down to four points at 20-16.

The Falcons had time to make a comeback but weren’t able to get the ball in an attacking position. The last play of the game was a penalty goal kicked by Donovan – this being the dagger into the Falcons and the win for the Dolphins.

The final score was 22-16. The Falcons have one more chance in their finals run while the Dolphins earn a week off and are only one win away from a grand final appearance.